Birds are infected with Avian Parasites.

Birds are infected with malaria parasites in large numbers. These pathogens cause blood and organ pathology, which can lead to serious avian malaria. They can be found all over the world and are very popular. These parasites have been found to infect birds of various taxa and have been linked to the deaths of wild and captive birds. Parasitic species that can colonise new territories and infect non-migratory birds in the area are of particular concern. Microorganisms that parasitize erythrocytes and other tissues of birds are known as avian malaria parasites. DNA sequences of avian malaria parasites have been published in a number of recent studies, suggesting a high level of genetic diversity and the possibility of several specified species. However, the majority of Plasmodium lineages have yet to be classified to species level, and molecular characterization of most Plasmodium parasites is unavailable. Numerous new Plasmodium species have been described in the last 15 years. Keys for their identification, however, are either inaccessible or incomplete. Even experts find it difficult to identify avian malaria parasites, which prevent the production of avian malaria medicine, particularly in wildlife.

Thousands of billions of European breeding birds migrate to their wintering grounds every year. Individuals can travel thousands of kilometres along their paths, and these movements invariably include birds as reservoirs for transporting and potentially spreading other species to new territories. Avian malaria is caused by a group of parasites that can be transmitted by migrant birds. Plasmodiidae parasites are widespread and diverse, and they belong to the Plasmodiidae family. Plasmodium infecting birds has been studied for over a century, and it has been discovered that certain species are virulent to their vertebrate hosts and can cause serious disease.

Malaria, a parasitic disease caused by Plasmodium parasites, has long been thought to be a disease of the blood and bloodforming tissues of vertebrate hosts, with exo-erythrocytic stages causing little or no pathology. Compared to human malaria, avian malaria is often more severe. Recent experimental evidence suggests that obstructive production of secondary exo- erythrocytic stages of Plasmodium in brain capillaries can cause ischaemia and rapid death in birds with low parasitaemia severity during the chronic stage of infection. Importantly, the severity of disease caused by a given lineage of Plasmodium often varies markedly in different species of avian hosts, from absence of any clinical symptoms to high mortality.

Avian Plasmodium species have different life cycles than mammalian Plasmodium species, owing to their low host specificity and marked variance in development patterns in avian hosts and vectors. Many avian malaria parasites can cause secondary tissue merogony in birds via their erythrocytic merozoites. Exo-erythrocytic merogony has been observed in reticuloendothelial and haemopoietic cells, but not in hepatocytes. In Plasmodium (Bennettinia) juxtanucleare, pedunculated oocysts were discovered; these oocysts have leg- like outgrowths that connect the oocysts to the mosquito midgut wall. These and other traits are not found in mammalian malaria parasites, as shown by genetic variations between these parasite classes and their distinct positions in molecular phylogenies. 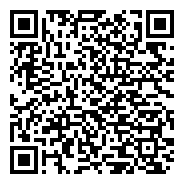