Biodegradation and detoxification and of an azo dye, Eriochrome black T by genus Penicillium citrinum

Synthetic textile dyes are one among the foremost serious pollutants that contaminate steadily higher amounts of wastewater as industrial ef luents. The dyes are highly recalcitrant due to their chemical structure. Filamentous fungi possess excellent biosorption capacity thanks to the secretion of non-selective extracellular enzymes. The aim of this study is to guage the biodecolorization efficiency of Penicillium citrinum on Ericochrome black T dye. Optimum decolorization (98%) was achieved at a degree (10 mg L -1), temperature (35 °C), and pH 6 during 5 days optimization proportion studies. UV—Vis spectroscopy, HPLC and gas chromatography-mass spectrometry was utilized in analyzing the degraded products of the dye. The GCMS analysis revealed the assembly of three metabolites; naphthalen-1-ol, 2- nitronaphthalene and naphthalene after degradation of Eriochrome black T dye. A possible metabolic pathway for the degradation of Eriochrome black T dye by Penicillium citrinum was proposed. The phytotoxicity study revealed the nontoxic nature of the ultimate metabolites. The detoxified status of the dye metabolites was confirmed with significant growth of plumule and radicle including increase in germination percentage of Vigna uniguiculata and common wheat. 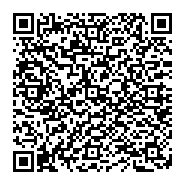