Autism, often known as autism spectrum disorder (ASD), is a group of disorders marked by difficulties with social skills, repetitive activities, speech, and nonverbal communication. Autism affects 1 in 54 children in the United States today, according to the Centers for Disease Control.

Autism spectrum disorder has no known specific cause; however it is widely assumed that it is caused by abnormalities in brain structure or function. Children with autism have different brain shapes and structures than neurotypical children, according to brain scans.

People with ASD show the following symptoms, according to the Diagnostic and Statistical Manual of Mental Disorders (DSM-5), a handbook created by the American Psychiatric Association and used to identify mental disorders:

• Communication and interaction with others are difficult.

• Symptoms that impair a person's ability to perform normally in school, at work, and in other aspects of life

Autism is referred to be a "spectrum" disorder since the kind and intensity of symptoms that people experience vary greatly.ASD affects people of all ethnic, racial, and socioeconomic backgrounds. Despite the fact that ASD is a lifelong condition, therapies and services can help a person's symptoms and capacity to function. All children should be examined for autism, according to the American Academy of Pediatrics. All caregivers should discuss ASD screening or evaluation with their doctor.

Social communication and interaction are challenging for people with ASD, as are restricted interests and repetitive actions. The following is a list of some of the different sorts of behaviours that persons with ASD exhibit. Not everyone with ASD exhibits all of the behaviours, although the majority do.

• Having a habit of not looking at or listening to others

• Responding slowly or not at all to someone calling their name or other verbal attempts to get their attention.

• Having trouble keeping a discussion going back and forth?

• Having facial expressions, motions, and gestures that are inconsistent with what is being stated. Having a strange voice tone, which may sound sing-song or flat and robotic.

• Having difficulty comprehending another person's point of view or being unable to predict or comprehend the actions of others.

Repeating certain activities or having uncommon behaviours are examples of restrictive / repetitive behaviours:

• For instance, echolalia is the act of repeating words or phrases.

• Having a long-term fascination with certain subjects, such as numbers, details, or facts

• Having excessively narrow interests, such as those involving moving items or pieces of objects

• Getting irritated by minor alterations in one's routine

• Being more or less sensitive to sensory input, such as light, noise, clothes, or temperature, than other people.

Sleep issues and irritability are common among people with ASD. Although people with ASD face numerous problems, they may also possess a number of assets, including:

• The ability to study in depth and retain information for long periods of time.

• Performing well in math, science, music, or the arts.

While scientists are unsure of the specific causes of ASD, research suggests that genes, in combination with environmental effects, can influence development in ways that contribute to ASD. Although scientists are still attempting to figure out why some people have ASD while others do not, there are a few risk factors to consider:

• Having an autistic sibling

• Having parents who are older

• Having specific genetic conditions—people with Down syndrome, fragile X syndrome, or Rett syndrome are more likely to have ASD than others.

After an ASD diagnosis, treatment should begin as soon as feasible. Early ASD treatment is critical because it can help people gain new skills and maximise their strengths while also reducing their challenges.Because of the wide range of challenges that persons with ASD face, there is no single best treatment. Finding the correct treatment programme requires close collaboration with a doctor or other health care expert. 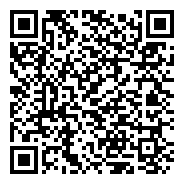