Bone quality diagnosis is recognized as an important health issue particularly in women. Bone mineral density (BMD) is the major measurable determinant of the risk of bone disease such as Osteoporosis. Several studies showed that the Body Mass Index (BMI) and Body weight are associated with BMD. The aim of present study is to find out the effect of body mass index on bone mineral density through acceleration parameter by Impulse response. The present study was performed on human volunteers (30 men and 30 women in each group) under 20 to 25 years and 45-55(Premenopausal women) and 56-65(Post menopausal women) age groups. The experiment was carried out by using the developed Instrumentation setup which utilizes the vibration technique for its operation and MEMS accelerometer sensors are used to pick up the vibration signal propagation response through leg bone as acceleration. BMI information of the subjects who were participated in this experiment was determined by measuring the height and weight of them using standard scales. Observation showed a significant relationship between the BMI and BMD in terms of acceleration of normal and overweight subjects of men and women under different age groups. High BMI or body weight is correlated positively with Bone acceleration in both men and women (p < 0.05) while lower body weight is associated with lower BMD.

Bone disease is characterized by low bone mass and micro architectural deterioration of bone tissue, with a consequent increase in bone fragility and susceptibility to fracture 1-2. The bone related problem is ever increasing and studies in both advanced and developing nations indicate high risk of osteoporosis. Number of hip fractures worldwide due to weak Bone Mineral Density (BMD) is increasing day to day in all countries. So it is an urgent need for early detection, diagnosis and preventive strategies for Bone health problems. The diagnosis and clinical management of this health relies mainly on the measurement of bone density, because low bone density is associated with it. .Several techniques have been developed for the measurement of bone density and most of these techniques used some form of ionizing radiation like X-rays which is harmful to the human subjects .The measurement obtained is based on the attenuation of a beam of energy as it passes through bone and soft tissues. Although bone density shows a high correlation with bone strength, as much as 25-30% of the observed variation in bone strength may be due to the cumulative and synergistic effects of other factors, such as bone microstructure, architecture, and state of remodelling 5-6. Bone density measurements are incapable of measuring directly the effects of any of these factors on bone. In particular a measure of the biomechanical competence of the skeleton cannot be obtained using bone densitometer technique

The use of impulsive force in the form of sound wave propagation through bone has been suggested as possible choice for the assessment of bone integrity and to determine bone’s response to mechanical force predicts the risk of BMD reduction. The vibration as a result of low force applied on bone may have the ability to inform on several properties of bone since interacts with bone in a fundamentally different way compared with ionizing electromagnetic radiation. This, combined with the fact that sounds involves no radiation and is relatively simple to implement and process. Ionizing radiation attenuates at the atomic level whereas impulse attenuates at the macroscopic structural level. Moreover, this vibration technique does not measure the density or content of bone mineral directly; it has frequently been described as a measure of bone quality in terms of acceleration. In this bone quality assessment method, a force is applied on the leg bone; the impulsive response is collected by two vibration sensor attached at different location on the shaft of leg bone. Several showed that the relationship between vibration response (acceleration) and the BMD. That is, the magnitude of acceleration is low if the BMD is good for a particular bone and vice versa. In this approach, the vibration properties of the tissue can be obtained by comparing the received signal and this requires two accelerometer sensors. The ability of an impulsive sound wave to provide information about the medium or tissue through which it is being propagated depends on the way by which the wave is altered by the medium and it also depends on the micro structural nature.

A new setup is proposed in order to improve the performance of the existing system by incorporating automatic hammer which can produce a constant magnitude of force or impulse (4-Newton) .A force sensor is attached at the hammer tip. The hammer movement is controlled by a microcontroller by programming and the two vibration sensors are used to acquire the vibration (in terms of acceleration) responses and are analyzed using DAQ (Data Acquisition card) by interfacing with a PC. The automated hammer is operated by switches that runs by the DC motor hits the Medial Condyle region in the leg with uniform magnitude and the impulse response that travels through the shaft portion of the leg bone.

The accelerometer used in this setup is capacitive type MEMS accelerometer (ADXL335-NSK Electronics Co.). It is small, thin, low power, 3-axis accelerometer with signal conditioned voltage outputs. The product measures acceleration with a minimum full-scale range of ±3 g. It can measure the dynamic acceleration resulting from motion, shock, or vibration. 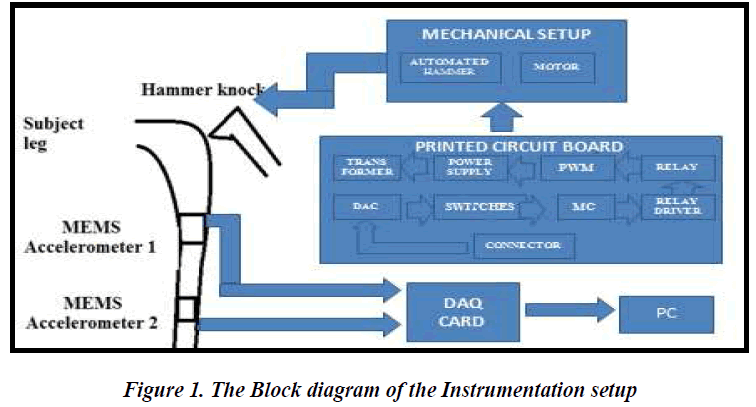 Figure 1: The Block diagram of the Instrumentation setup

For interfacing the hardware with PC, DAQ card USB- 1208FS Data Acquisition Card (Measurement Computing Co.) is used .Tracer DAQ software is included for acquiring and displaying data and generating signals. The Hardware part consists of a microcontroller AT89552 is used for controlling the knock as desired. The microprocessor is running under the core of 8051 principle. Flash programming which is used, so that it can be made rewritable in order to increase or decrease the speed of the motor setup. It has 4 ports namely PORT0, PORT 1,PORT 2 and PORT 3..PORT 0 is used for controlling the switches. PORT 1 is used for controlling the Digital to Analog converter. From the microcontroller, PORT 1 is connected totheDAC0808 combined with an Integrated circuit(IC) operational amplifier 74, for the amplification purpose of the signals generated. DC motors are part of the electrical section using DC power as energy source.

The experimental arrangement was such that the subject was asked to sit comfortably on a chair by keeping the legs vertically on a vibration free wooden platform. The preselected points for the hammer strike and for the accelerometers mounting were marked on the leg bone and the sensors are attached. Before commencing the experiment the subject was asked to give the feedback for the questionnaire which consists mainly about the age, sex, height, weight, medical history, Menopause state for women etc in order to segregate them in to various groups. Data are collected from 30 subjects of men and women(from each case) under 20-25 years age group and 30 subjects of men and women(from each) under 45-55 and 56-65 age groups .

Table 1: BMI range Interpretation according to WHO

From the acceleration peak and the estimated BMI values it is found that there is a relationship between both the parameters for various groups. The value of acceleration is less for men under the age group of 20-25 years when compared to their age matched cohorts. This is because of their good BMD during this stage and also according to the hypothesis that women have less BMD than their age matched cohorts and so their bone gets more accelerated. This was proved also by statistical tests and significant difference is seen in both the Accelerometer outputs based on the obtained p values. 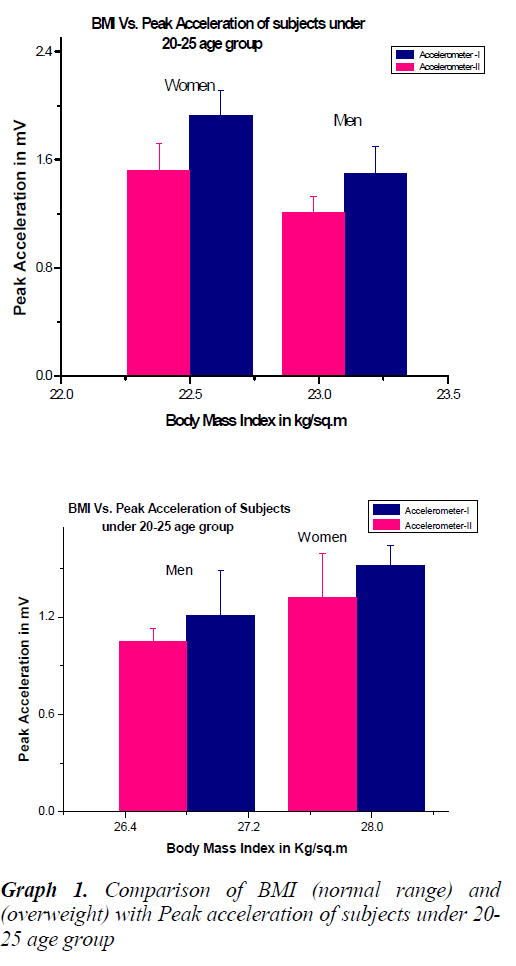 Graph 1: Comparison of BMI (normal range) and (overweight) with Peak acceleration of subjects under 20-25 age group

Graph 2: Comparison of BMI (overweight) with Peak acceleration of subjects under 45-56 and 56-65 age group

In this paper analysis of data for different human subjects with different age groups were done. With the experimental result with the measured BMI of subjects, we observed that there exists a relationship between BMI and BMD among subjects. By using Statistical test we proved the hypothesis. From the results, using our developed instrumentation set up, the quality of bone may be diagnosed and this can be used as simple equipment for this purpose. As a future work, data will be collected from Osteoporotic and Osteopenia patients in order to strongly prove the usage of the setup to assess the quality of bone. Frequency domain analysis can also be done and several parameters will be analysed.

The authors would like to thank Dr. Muralidharan, Chief Doctor, DCC (Hospital), Dindigul for extending his valuable support in data collection from human subjects and all the volunteers who had participated in this study and the faculties of PSNA College of Engineering & Technology, Dindigul for their moral support to complete this study.