The Mutations in faciogenital dysplasia gene are seen to be underlined causes of the broad spectrum of Aarskog- Scott Syndrome (ASS) as well as Non-syndromic X-linked intellectual disability [1,2]. These mutations affect the size and shape of a specific set of skeletal elements resulting abnormal functions of affected organs and tissues. The cardinal features of this disease include hypertelorism, ptosis, down slanting palpebral fissures, broad nasal bridge, anteverted nostrils, low set and protuberant ears, abnormally formed teeth, maxillary hypoplasia and transverse crease below the lower lip and disproportionate acromelic short stature. The exact molecular mechanism of FGD1 mutations leading to skeletal deformations of faciogenital dysplasia remain unclear, but the pathogenicity and recent studies clearly show that the protein is involved in the regulation of bone development [3-5].

The majority of associated variants have been found to localize outside of known protein coding sequencing [10]. There are growing number of examples of trait associated intronic variants that play a significant role in defining the contribution in gene expression [11]. Intronic sequences responsible for gene regulatory elements such as enhancers, silencers and insulators of transcriptional regulation process, where they beat binding sites of transcription factors or co-factors recruitment [12,13].

In this study, we present findings related to one FGD1 gene intronic variant NM_004463.2: c.659+27T>C (rs2239809) at the boundary of SH3 binding domain region. Other selected variants were not present in the selected patients so we were directly focused on this single variant which is found altered in the selected population.

GWAS Central database tool used for selection of disease associated variants of FGD1 gene [14]. Total 13 markers selected on the basis of non-coding variants and association with significant findings. Out of these, 6 variants were selected followed by GWAS 3D web server on the basis of their gene regulatory mechanisms [15].

Enrolment of Patients and Sample Collection

The selection of patients was carried out as per the criteria are given by Teebi et al. for faciogenital dysplasia [16].

All protocols used in this study were approved by Human Research Ethics Committee of HM Patel Centre for Medical Care and Education, Karamsad, Gujarat, India. Informed consent forms were signed by parents. Total 40 children with intellectual disability and 50 controls were included from Anand, Bhavnagar and Surat districts of Gujarat, India. The symptoms were evaluated through accurate clinical examination and anthropometric measurements.

DNA samples were prepared for the PCR with the master mix (50 units/ml of Taq DNA Polymerase, 400 μM each of dNTPs and 3 mM MgCl2 with pH 8.3) from Xcleris Labs Limited, Ahmedabad. The primers for SNP rs2239809 were FGD1 forward TCC ACC ATC ACG CCC ACT and FGD1 reverse TCT CCT GAC TAT CCC TTC CTG [17]. Aliquot of the DNA sample, 5 μL of 20 ng/μL were transferred to the tubes. The tubes containing mixture were vortex-mixed and transferred to a thermal cycler. Samples were amplified with an initial denaturation step of 95°C for 5 min; 30 cycles of 94°C for 30 s, 58°C for 10 s and 72°C for 30 s and a final extension at 72°C for 5 min. After the PCR amplification, samples were stored protected from light at -15°C to -20°C before RFLP analysis and DNA sequencing.

Restriction digestion of the FGD1 PCR products was carried out by using Bfa1 restriction endonuclease (5’CˇTAG3’). UCSC genome browser and NEB Cutter2 tool used for the selection of RE (Bfa1) at position chrX: 54496989 which is an exact site for rs2239089. The reaction mixture for restriction digestion was prepared by mixing 10 μl of PCR product, 14.5 μl of 1X NEBSmartTM buffer and 0.5 μl (5 U) of Bfa1. The mixture was incubated at 37°C for 2 h in the water bath. The digested products were analyzed by 3% agarose gel electrophoresis prepared in 1X TAE buffer and the DNA band pattern was compared with 50 bp DNA ladder.

The amplified PCR product was purified using Qiagen Mini elute Gel extraction kit according to the manufacturer’s protocol. The concentration of the purified DNA was determined and was subjected to automated DNA sequencing on ABI 3730xl Genetic Analyzer (Applied Biosystems, USA). Sequencing was carried out using BigDye® Terminator v3.1 Cycle sequencing kit following manufacturer’s instructions. The reaction was carried out in a final reaction volume of 20 μl using 200 μl capacity thin walls PCR tube. The cycling protocol (Denaturation at 96°C for 10 s, annealing 52°C for 5 s and extension at 60°C) was designed for 25 cycles with the thermal ramp rate of 1°C per s. After cycling, the extension products were purified and mixed well in 10 μl of Hi-Di formamide. The contents were mixed on the shaker for 30 mins at 300x g. Eluted PCR products were placed in a sample plate and covered with the septa. Sample plate was heated at 95°C for 5 min, snap chilled and loaded into Autosampler of the instrument. Electrophoresis and data analysis were carried out on the ABI 3730xl Genetic Analyzer using the appropriate Module, Basecaller, Dyeset/Primer and Matrix files.

According to GWAS Central, 13 SNP markers of FGD1 gene were selected on the basis of intronic variants and genetic association. All selected SNPs were analyzed using GWAS3D and evaluated on the basis of noncoding genetic variant affecting the gene regulation (Table 1). There are six SNPs found having significant Transcription Factor Binding Sites Affinity (TF) and showing mapping on Putative Enhancer Region (PE). Except for rs2284710, the other shows mapping on CTCF binding region (CE). Leading Variant (LV) and mapping on Distal Interaction (DI) negatively resulted in two SNPs as described in Table 1.

The clinical evaluations of both the patients out of 40 screened patients are summarized in Table 2. Both patients are the children of non-consanguineous parents of two different families. The study is carried out on two patients after confirming mutation through DNA analysis.

Patient 1 was 12 year old girl at the time of evaluation. She was born with 1.5 month post gestational period. About 1 hour delayed birth cry noted and she suffered from pneumonia after 15 days of birth. We evaluated her at 12 years of age. Her height was 121 cm and weight was 23.7 Kg. Her head circumference was 48 cm. She has short stature and small feet. She showed maxillary hypoplasia with small teethes and small oral cavity. She also showed flat forehead and broad nose. Carrying angle and tong out observed and also no speech achieved till to date. Additionally, brittle hair and non-paralytic fish shaped eye observed. She showed separator anxiety behavior problem. The clinical evaluation of other family members was observed normal with these findings.

Patient 2 was 16 years old boy at the time of evaluation. He was born at preterm gestational age (7 Month) with birth weight 1.3 Kg. He had respiratory distress syndrome (RDS) and kept in the special care newborn unit (SCNU) for 25 days. We evaluated him at 16 years of age. He had difficulties in walking and aged 2.5 years. Delayed development observed. His height was 160.1 cm and weight 57.3 Kg. His head circumference was 52.3 cm. The other abnormal physical features include squint eyes with mild ptosis, everted feet and lordotic spine was observed (Figure 1). Partial pedigree was recorded for both families (Figure 2).

Figure 2: Partial pedigree of families of P1 and P2

Genetic analysis of both affected children revealed significant alteration in rs2239809 (NM_004463.2: c.659+27T>C) at FGD1 gene intron 3. The base substitution was found in this variant. Bfa1 restriction endonuclease cuts at two different positions within PCR amplified product of 184 bp and revealed 3 different bands of 128 bp, 44 bp and 12 bp in the normal case. If alteration found according to NM_004463.2: c.659+27T>C variant position, two bands (128 bp and 56 bp) obtained after Bfa1 restriction digestion and incase of heterozygous three bands (128 bp, 56 bp and 44 bp) were observed (Figure 3). 12 bp DNA band is invisible in this image due to its smaller size.

This alteration was found only in two children with intellectual disability and absent in normal individuals (50 controls). This intronic variant alteration further confirmed through DNA sequencing of PCR products (Figure 4).

In this study, several primary characteristics were observed, namely, short stature, dysmorphic face, ptosis, abnormal feet and lordotic spine. This is in agreement with reports related to the Mutational etiology of Faciogenital dysplasia [18-20]. Various types of FGD1 mutations have been identified in coding and non-coding regions of the gene [21-23]. There are also evidence in the literature that intronic variants are also found to cause alterations in protein expression in genetic disorders [24].

The variant affects functions (rs2239809) found in the children is lying within the boundary sequences of the SH3 binding domain of FGD1 gene. It was reported that SH3 binding domain of FGD1 is interact with cortactin and mAbp1 to activate Cdc42 for ECM remodeling, cytoskeleton remodeling and other singling pathways [4]. FGD1 was notified for spontaneous mutational effects. This spontaneous mutation may lead to forming abnormal domain structure that may be responsible for the abnormal bone development and other symptoms of the faciogenital dysplasia.

On the basis of clinical features screening of patient 1, there were clearly seen the short stature, microcephaly, maxillary hypoplasia with hyperactivity symptoms and mild intellectual disability. These features were reported in heterozygous female with FGD1 mutations. Whereas in the case of patient 2 major skeletal deformities with the mild intellectual disability noted. It includes facial asymmetry, squints eyes with mild ptosis, lordotic spine structure and everted feet. These symptoms were reported in diverse cases of faciogenital dysplasia [19,20].

The further in silico analysis of the prediction related to the pathogenicity of this variant (rs2239089) using GWAS 3D web server and F-SNP database revealed that the variant responsible for transcriptional regulation processes. The predicted transcriptions factors are already known to cause relative pathogenicity are well documented in the literature [25,26]. The SNP rs2239809 was previously screened in Chinese population (East Asian Population) and revealed no association with faciogenital dysplasia in the Qinba mountain area of China [17]. The allele frequency of East Asian and South Asian populations is 0.5257 and 0.1605, respectively [27]. Interestingly, the variant affects functions were identified in patient 1 (female) and patient 2 (male) in Gujarati Indian population (South Asian Population). There were no phenotypic alterations in the parents of affected children, though they exhibit same base substitution. This may be due to reduced expressivity or incomplete penetrance. A study regarding X-inactivation process in case of the female and molecular mechanism for non-coding regions with potential regulatory effects would be studied for further approach.

Our comparative results of genetic analysis, in silico analysis and phenotypic features in the children clearly showed that FGD1 singling may play a critical role in ossification and skeletal development. The present findings on intronic variant and disease phenotype may play a significant role to develop a new hypothesis for research on intronic mutations and biological mechanisms of complex traits and diseases.

The present study provides significant insight that intronic variant rs2239809 affects FGD1 gene functions. Further study needed for confirmation of inheritance pattern and variability in phenotypic appearance. Regulatory mechanism of non-coding variants should be studied in depth to find their role in disease uncertainty and development of complex traits. 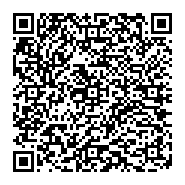