Background: This study was aimed at investigating the distribution of hepatitis C virus (HCV) genotypes in a Chinese population as well as establishing any association between these genotypes and liver function or serum lipid levels among chronic hepatitis C patients.

Methods: A total of 231 HCV RNA positive patients in the South Eastern area of China were enrolled in this study. HCV RNA and HCV genotyping were determined by fluorescent quantitative polymerase chain reaction and gene chip, respectively. An automatic biochemical analyser (HITACH7600-120) was used for assessing liver function and indicators of lipid metabolism.

Conclusions: Genotype 1b was most prevalent in some regions of China. HCV genotypes were not associated with liver function, but related to serum lipid levels of Chinese chronic hepatitis C patients.

Approximately 170 million people are reported to be infected with hepatitis C virus (HCV) worldwide [1]. In China, 38 million people are HCV carriers (about one-fourth of the world’s total), and the figure is increasing rapidly every year [2,3]. HCV infection causes acute or chronic hepatitis, may degenerate to liver fibrosis, liver cancer and metabolic disorders [4,5]. There are considerable variations in the extent of liver damage, extra-hepatic manifestations, efficacy of antiviral treatment, and disease outcome of patients with different HCV genotypes [6-8]. Although the effect of lipid metabolism on the progress of chronic hepatitis C has been investigated in many studies [9,10], differences in serum lipid metabolism of patients with different HCV genotypes remain unclear.

A total of 231 HCV RNA positive patients (male: 137, female: 94, age: 17-82 y) seen from June 2009 to October 2015 in the South Eastern area of China were enrolled in this study. Serum samples were stored in a refrigerator (-80°C) within 2 h after blood sampling. Patients with HAV, HBV, HDV, or HEV infection are excluded. Diagnosis of chronic hepatitis C was made according to the Guideline on the Prevention and Treatment of Hepatitis C (2004) issued by the Hepatology Department and Department of Infectious and Parasitic Diseases, Chinese Medical Association [6]. All the patients were duly informed about the study, and they gave informed consent.

HCV genotyping was conducted according to the operating manual of HCV genotyping chip provided by the Shanghai Institute of Microsystem and Information Technology, Chinese Academy of Sciences. RNA extraction, reverse transcription, and nested Polymerase Chain Reaction (PCR) were carried out.

The PCR product was denatured and dropped in the sampling zone of the chip. Hybridization was performed in a thermostat at 42°C for 30 min. After film coloration, scanning was done using an optical scanner, and the results were interpreted with HCV gene analyzing software.

Data was analysed by SPSS 19.0. Measurement data are presented as ͞x ± s. Variance analysis was done after a homogeneity test of variances, and comparison of the average of the two was made through Post Hoc t-test. Enumeration data were analysed through chi-square test. Statistical difference was assumed whens P<0.05.

Table 1. Distribution of HCV genotypes and comparison of viral loads of patients.

Results for HCV RNA load are shown on Table 2. Comparison of HCV RNA among different genotypes, through ANOVA, demonstrated a significant difference (F=3.292, P=0.012). Post Hoc t test showed a significant difference in HCV RNA loads between HCV 1b and HCV2a; HCV 1b and HCV 1b/2a; HCV 3b and HCV2a, and between HCV 3b and HCV 1b/2a (P<0.05).

Table 3. GGT, ALT, and AST of patients in the various HCV genotypes.

Table 5. Pairwise comparison of the Apo-B and TC level of patients with different HCV genotypes.

China has approximately 40 million HCV carriers, which is about one-fourth of the world’s total [2]. Genotyping test is especially valuable in deciding the course of treatment of HCV. Therefore, monitoring HCV genotype and serum viral load is of great clinical significance in the treatment of chronic HCV [6]. China has four prevailing HCV genotypes: types 1, 2, 3, and 6. Types 1b and 2a are predominant in northern part of China, while types 3 and 6 have spread rapidly in the south and south-western regions in recent years [11]. In this study, 5 HCV genotypes/subtypes were identified (1b, 3b 2a, 3a and 1b/ 2a). The fact that HCV 1b was the primary genotype is consistent with most domestic and foreign reports [11]. However, HCV 3b was more preponderant than HCV 2a, indicating the spread of HCV genotypes from injection drugs users to the normal population [11-13].

In comparing results of viral load of different genotypes, a significant difference was observed between HCVs 1b and 2a, 1b and 1b/2a, 3b and 2a, and 3b and 1b/2a. HCV 1b and 3b had similar viral load, which is higher than that of HCV 2a and HCV 1b/2a. Combination of pegylated interferon-α and Ribavirin is considered a standard antiviral protocol for the treatment of chronic HC. Types 1b and 2a are the prevailing HCV genotypes in China. Genotype 1b has low Sustained Virologic Response (SVR) to interferon and a high recurrence rate, and it needs a long course of treatment. Conversely, genotype 2a has a good response to interferon, low recurrence rate, and can be treated through antiviral methods. The viral content of genotype lb was significantly higher than that of 2a. This may be one of the reasons why genotype 1b demonstrates poor response to interferon [14].

About 80% of patients with HCV infection develop chronic disease if they are not treated correctly and promptly after infection [15]. At least 50%-70% of the patients exhibit continuous increases in plasma transaminase levels. In severe cases, manifestations of cirrhosis or even primary liver cancer may be present [16]. Among the 231 chronic HC patients enrolled in this study, 184 had abnormal values of one or more indicators of liver function. This finding indicates a certain degree of liver damage in most chronic HC patients. However, no evidence can be found supporting the correlation between degree of liver damage and HCV genotype. In a study elsewhere, patients with genotype 1 HCV tended to manifest greater and more chronic increases in ALT [16]. Higher ALT levels have been reported in patients with genotype 2a HCV than those with genotype 1b HCV, indicating possibility of higher level of liver damage in patients infected with genotype 2a HCV [17]. In another study, no difference in ALT level is reported between patients infected by genotype 1 HCV and those by HCV of other genotypes, and no significant difference in ALT, AST, and other indicators of liver function is observed in patients affected by HCV of different genotypes [18]. In the current study, no significant differences were seen in the three main indicators of liver function (GGT, ALT, and AST) in patients infected by different HCV genotypes This indicates that there is no direct correlation between genotype of HCV and liver damage. These variations may be due to the relatively large number of factors that affect ALT, AST and GGT, the correlation between degree of liver damage and immunoreaction of patients, and the differences in the distributions of HCV genotypes in different countries and regions. To make an objective judgment, more data on HCV genotypes are required.

In this study, the percentages of patients with abnormal lipid metabolism in the different HCV genotypes were 23.38% (1b); 1.73% (3b), 35.29% (2a), 25% (1b/2a), and 66.67% (3a). Except for that of patients carrying the genotype 3a HCV (only three cases), the level of dyslipidemia in chronic HC patients enrolled in this study was not as high as that reported elsewhere outside China. However, the LDL-C, Apo-B, and TC of 3a and 3b HCV carriers were lower than those of the carriers of HCV of other genotypes. Moreover, there was a significant difference in Apo-B and TC between 3b HCV carriers and carriers of other HCV genotypes, and a high correlation between the two. 3b HC patients had lower Apo-B and TC but significantly higher viral load than 2a and 1b/2a HC patients. A negative correlation between serum Apo-B level and HCV viral load has been reported, and the mechanism is related to cellular infection by HCV [23]. HCV does not combine with hepatic cells directly. They combine with TC and Apo-B, among others, in serum to form lipophilic virus-like particles. HCV particles wrapped by lipoproteins enter and infect hepatic cells through the combination with LDL receptor (LDLR) on the membrane of the hepatic cell. By combining with LDLR, serum Apo-B and LDL competitively inhibit the internalization of HCV particles. Thus, the serum viral load increases along with decrease in serum Apo-B, TC, and LDL [24].

This work was supported by National Natural Science Foundation of China (No. 81300323).

We declare that there are no conflicts of interest in this research. 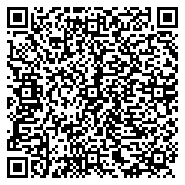