This research is a descriptive cross-sectional survey on treatment and rehabilitation programs for employees affected by alcohol and drug abuse at Kapsabet Referral Hospital. The overall objective was to assess the assistance, treatment and rehabilitation programs for employees affected by Alcohol and Drug Abuse at the hospital. This study conceptualized that alcohol and drug abuse influences work performance in terms of direct and indirect costs to the employee affected by the abuse and organization hence the need for treatment and rehabilitation of such employee. Target 3.5 of the SDG calls for strengthening prevention and treatment of substance abuse and harmful use of alcohol. The target population was 320.The sample population was 10 percent thus 32 respondents. Questionnaires and document analysis were used to collect data. It was analyzed qualitatively in form of text and quantitatively through descriptive statistics. Majority (72%) of the respondents were aware and know the contents of Alcohol and Drug Abuse workplace policy and 60% of them considered the policy a success. On alternative measures utilized in managing the Alcohol and Drug Abuse, education and training was well received at 42%.The most prominent aspects of Alcohol and Drug abuse considered successful was corporate culture and practice (30%),followed by suggestion boxes(25%) and medical cover also at 25%. Re-absorption of rehabilitated workers and detection of a risky work environment got the least support at 12% and 8% respectively. Stigmatization is still the greatest challenge indicated by employees’ choice of suggestion box as a means of reporting colleagues who need assistance. There is need to conduct more studies in other sectors in Kenya so as to gauge the effectiveness of work place drug policies. Concerted efforts should be directed at ensuring ADA policy has fully been implemented as 40% disagreed that the policy has minimized problems in workplace.

In a study by Lilleskov and Chakua in 2013 on "Magnitude and Impact of Alcohol and Drug Abuse in the Private Sector Workplace", the findings indicated the prevalence of current alcohol use among private sector employees was 35.4% followed by cigarette (13.8%), chewing tobacco (3.2%), Khat (10.9%), Bhang (Marijuana) (4.1%), Heroin (0.3%) and Cocaine (0.1%). The study concluded that alcohol and drug abuse significantly affects the private sector just as it does to the rest of the nation and the public sector workplace [1]. A work place policy on Alcohol and Drug Abuse is thus necessary for above reasons.

Statement of the Problem

The existence and extent of Alcohol, Drugs and Substance Abuse has been identified as one of the greatest problem in the workplace [2]. An employee who works under the influence of drugs or alcohol at work may, at the very least have diminished productivity and poor work performance at worst; he poses a serious safety risk to himself and those around him. In addition, drug abuse can cause problems at work including after effects of substance use (withdrawal) affecting job performance, preoccupation with obtaining and using substances while at work, interfering with attention and concentration, illegal activities at work including selling illegal drugs to other employees, drugs and Psychological or stress related effects due to drug use by a family member, friend or co-worker that affects another person’s job performance [3].

Objectives of the Study

The overall objective of the poster is to present the treatment and rehabilitation programs for employees affected by Alcohol and Drug Abuse related problems at Kapsabet County Referral in Kenya. 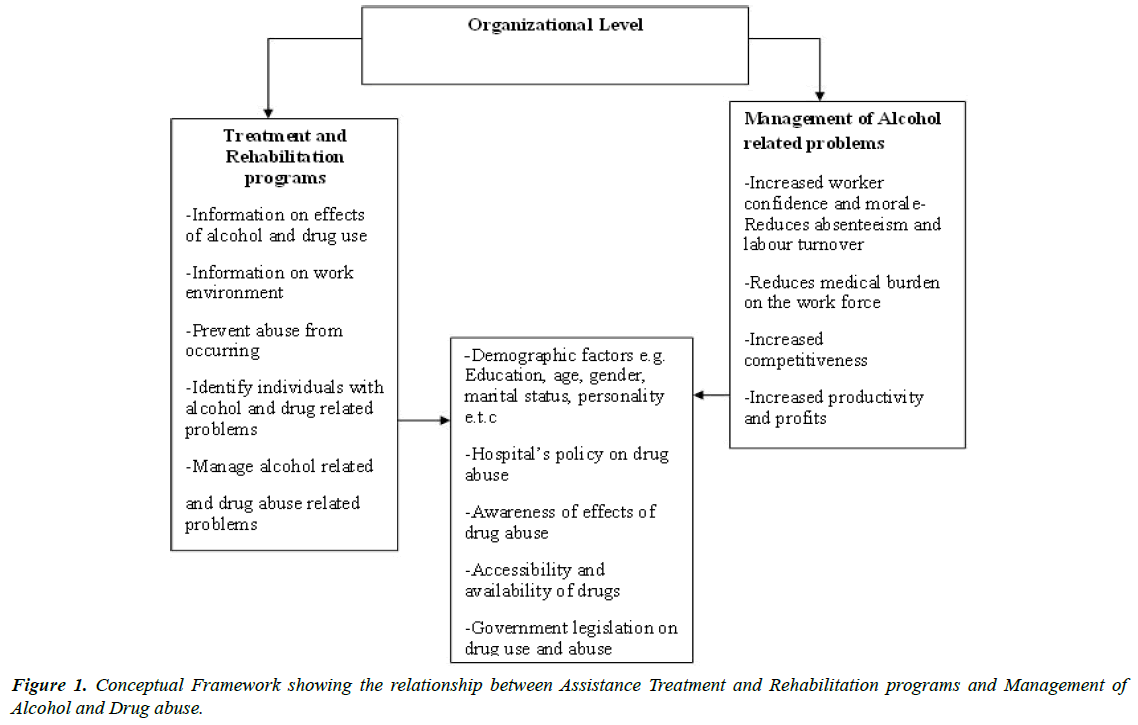 Figure 1: Conceptual Framework showing the relationship between Assistance Treatment and Rehabilitation programs and Management of Alcohol and Drug abuse.

Alcohol and Drug Abuse is a major cause of accidents, fatal injuries, disease and absenteeism in both industrialized and developing countries. Recent studies by ILO have shown numerous links between drug and substance abuse, stress, violence and HIV and AIDS at the workplace. A study conducted by Gakunju [4], to obtain data on the magnitude of drug and substance abuse within selected work organizations in Kenya found that the average level of use of alcohol and tobacco within the organizations is 41.5% and 8.7% respectively. The national averages for two drugs among adult users are 16% and 14% respectively [5-11]. Higher levels of drug and substance were noted among employees in the middle age group (35-44 years) at 15.2% and lowest in older age group (45-60years) at 6.25%. The study identified the following as the major health and socioeconomic impact of drug and substance abuse at the workplaces in Kenya: chronic illnesses leading to premature deaths and associated replacement costs, high risk sexual behavior, and absenteeism among others [4].

Figure 2: Educational level of the Respondents.

In terms of educational qualifications of the respondents, 14 (40%) were holders of diploma,10 (32%) certificate holders, first degree holders were 7 (23%) and those with a second degree 1(5%). Majorities (72%) of the respondents were aware and know the contents of Alcohol and Drug Abuse workplace policy. Employees who had their alcohol and drug abuse problems identified informally by colleagues, friends or family members were 19 (60%) whereas 12 (38%) identified their problems through self-assessment facilitated through information, education and training programs. A small percentage of 2% of the respondents said they know of employees whose problems were identified through a formal process which involves testing (Figure 4)..

In terms of alternative measures utilized by Kapsabet County Referral Hospital in managing the Alcohol and Drug Abuse among its employees, education and training was well received at 42% followed by treatment and rehabilitation services at 38% and lastly imposing of restrictions in sale and use of alcohol products within the facility (Table 1).

The most prominent aspects of Alcohol and Drug abuse considered successful by the respondents was corporate culture and practice (30%). It was closely followed by use of suggestion boxes at 25% just the medical insurance cover also at 25%. Re-absorption of rehabilitated workers and detection of a risky work environment got the least support at 12% and 8% respectively. The respondents who considered that the Alcohol and Drug Abuse workplace policy at Kapsabet County Referral hospital a success were 60% while 10% said they cannot term it a success. The remainder 30% was uncertain on whether it was successful or not (Table 2).

Table 2. Statements on Alcohol and Drug Abuse in relation to Workplace policy.

The majority (40%) strongly disagreed with the view that ADA has promoted the health and wellbeing of employees. This is because there are other factors determined the wellbeing other than ADA policy. 40% of the respondents strongly opposes that ADA policy has promoted health problems. There are other factors. 25% supported because of employees who had been affected are now normal. 40% of the respondents agree that the policy has minimized problems at workplace. 30% deferred but the closeness between those who agreed and disagreed shows it is not very clear to whether it minimizes the problems and thus should be monitored further. On the policy raising awareness, 44% strongly agreed due to the reduced cases of risk behavior from drug abuse. A further 20% supported the view meaning that it is popular view the policy has provided information. Majority 93% agree that the ADA policy is clear and its content can be understood by all employees. This is in line with the requirements of a workplace as indicated by NACADA. Another 70% supported the view that the policy is presented in a supportive manner. This is because ADA is a sensitive matter and its victims should handle well. It is also a requirement for NACADA. Majority 75% of the respondents fully supported the View that the ADA policy at Kapsabet County Referral Hospital clearly outlines the procedures to follow in implementing and making it acceptable to employees. 17% disagree whereas 8% are not sure to whether the procedure is clear or not.

Challenges in Implementation of the Alcohol and Drug Abuse Workplace Policy

Implementation of Alcohol and Drug Abuse at Kapsabet county Referral Hospital has not been without challenges. The major challenge has been making the employees to fully and freely adopt the policy. As indicated under ethical considerations, alcohol and drug abuse is a sensitive issue in our society. Drug users hide and as indicated elsewhere in the study, few of them seek assistance in a formal setting like the one provided through Employee Assistance programs. Only 2% of the respondents agreed to allow to be assisted formally including undergoing tests.

The treatment and rehabilitation of employees in a workplace is a relatively new phenomenon. Its implementation has not fully been achieved as indicated by the hospital administration. It is also an expensive undertaking especially given that employees who are undergoing rehabilitation and are not at work receive their pay. The organization is forced to incur expenses on such employees. The initiative is also prone to misuse and employees undergoing rehabilitation may not fully be treated. Employees who relapse have to go back for treatment thereby costing the employer even more and if employees keep taking breaks to seek treatment it becomes expensive in the long run.

In examining the treatment and rehabilitation programs available for employees affected by alcohol and drug abuse at Kapsabet County Referral Hospital, it was discovered that alcohol prevalence rate at the facility stands at 30% with the majority being male (25%).This is attributed to cultural beliefs which sanction men to drink and frown upon women when they drink. It can also be seen that majority of the health workers abuse alcohol (20%) more than any other substance. The likely reason for this is that alcohol is easily available given the ease with which the raw materials required to prepare it are procured. Maize and millet are in abundance in Nandi County and therefore preparation of alcohol is rife in the region. Complacency and the drinking culture have permeated the society and in turn drinking of alcohol has gained acceptability in the community. Some of the respondents said people have been drinking and they do not see any problem.

The study also revealed that majority of the respondents were of ages 35-39(26%) as opposed to ages 25-29 and 30-34(20%); ages 45 and above (12%) ages 20 and below(10%) and ages 20-24(7%). Ages 35-39 is a prime age at which workers are expected to be productive and settled in their jobs. This however will not be possible if the workers indulge in alcohol and drug abuse. The energetic and fairly educated workforce at Kapsabet County Referral hospital shows that productivity can be maximized and efficiency achieved if problems of alcohol and drug abuse in workplace are managed.

Whereas the alcohol and drug abuse workplace is in place at Kapsabet County Referral Hospital the employees are yet to fully utilize majority of the respondents. 72% confirmed to be knowing of the policy. But 28% were not. It is also indicated that 38% supported the use of treatment and rehabilitation programs as opposed to 42% who were for preventive programs. The government thus through the concerned bodies should ensure that the implementation of Alcohol and Drug Abuse workplace is well received in hospitals. As indicated, the workplace policy has a number of benefits including keeping employees free from drugs. These benefits however may not be realized if the managers and supervisors are not trained on how well to implement the program. All the stakeholders mandated to implement alcohol and drug abuse intervention measures should not just stop at introducing the policy, but should go a step further to ensure that the Alcohol and Drug abuse workplace policy is fully adopted by institutions. Treatment and rehabilitation of employees is crucial and therefore should closely and carefully monitored to see whether it is yielding the intended results. 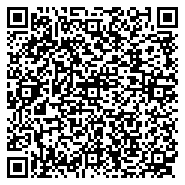