Introduction: T1D is the most common chronic metabolic autoimmune disease. Histological analysis of the pancreas from patients with T1D shows immunological activity limited to insulin-containing islets, including infiltration by activated lymphocytes, antibodies and components of the complement system. These histological findings are consistent with T1D being an immune-mediated disease. Aim of the study: To evaluate and compare serum levels of Immunoglobulin A (IgA) and Immunoglobulin G (IgG) in children newly diagnosed with T1D, children with duration of T1D more than 5 years and normal control children. Moreover, studying different correlations between them and some clinical and laboratory parameters. Subjects and methods: This study included two groups; Group I: 70 patients with T1D who subdivided into: Group Ia 35 patients (newly diagnosed), Group Ib; 35 patients with duration >5 years and Group II included 30 apparently healthy children as a control group, age and sex matched to diseased group. The studied groups were subjected to thorough history taking, clinical examination and laboratory investigations including random blood glucose (RBG), glycosylated Hemoglobin (HbA1c%) and serum levels of IgA and IgG. Results: Serum IgA levels were insignificantly higher among newly diagnosed patients and significantly higher among old diabetics than the control subjects where (P=0.05 & P=0.001), respectively. Concerning IgG levels, both newly diagnosed and old diabetics patients had significantly lower levels than the control subjects where (P=0.05 & P=0.008), respectively. Newly diagnosed diabetic children had significantly lower serum levels of IgA and IgG than old diabetic where (P=0.02, 0.001), respectively. In newly diagnosed diabetic children, IgA levels had insignificant fair positive correlation with the dose of insulin and IgG levels had insignificant fair positive correlation with BMI and a significant fair positive correlation with waist circumference (WC). In old diabetics, there was insignificant fair positive correlation between IgA levels with HbA1c% and between IgG levels with duration of T1D. Conclusion: Alterations of serum IgA and IgG levels in newly diagnosed as well as in old diabetic children, may reflect the autoimmune nature of T1D. In addition, there were differences between newly diagnosed and old diabetic children as regard serum IgA and IgG levels, which may suggest that the duration of T1D affects their levels.

Type 1 Diabetes Mellitus (T1D) is the most common chronic metabolic autoimmune disease [1,2]. It is characterized by hyperglycemia due to infiltration of lymphocytes in the pancreas causing destruction of insulin producing beta cells [3].

Histological analysis of the pancreas from patients with T1D shows immunological activity limited to insulin-containing islets, including infiltration by activated lymphocytes, antibodies and components of the complement system. These histological findings are consistent with T1DM being an immune-mediated disease [4].

So, the aim of this study was to evaluate and compare serum levels of IgA and IgG in children newly diagnosed with T1D, children with duration of T1D more than 5 years and normal control children. Moreover, studying different correlations between them and some clinical and laboratory parameters.

This study was a prospective study included 100 children who were randomly selected and classified into: Group I: 70 children withT1D according to standard American Diabetes Association criteria [9]. They had regular follow up in the pediatric diabetes and endocrinology outpatients' clinic, Maternity and Children University Hospital, Minia University. They were collected during the period from March to August 2015. They were 30 males (42.86%) and 40 females (57.14%) with an age ranged from 6-12 years with a mean 9.9 ± 2.29. Oral and written consent was obtained from the parents of every case to be enrolled in this study. Group I was further subdivided into two groups based on duration of diabetes: Group Ia: included 35 (50%) newly diagnosed diabetic children (20 females and 15 males with a mean age 9.4 ± 2.3), with duration of illness ≤ 6 months. Group Ib: included 35 (50%) children (20 females and 15 males with mean age 10.2 ± 2.1), their diabetes duration ≥ 5 years. Exclusion criteria were: presence of any autoimmune disease, presence of any condition affecting serum IgA and IgG levels, suggestive history of acute infections, connective tissue diseases, renal disorders, gastrointestinal diseases, malignancies, medication known to affect the immunological response, presence of chronic illness rather than diabetes and refusal to participate in the study. Another 30 apparently healthy children, age and sex matched to the diseased group, were included as the control group and classified as group II. The studied groups were subjected to the following: full history taking, thorough clinical examination including anthropometric measurements and laboratory investigations including: random blood glucose by using fully automated clinical chemistry auto-analyzer system Konelab 20i (Thermo Electron Incorporation Finland), glycated Hemoglobin (HbA1c %) using resin column chromatography. Kit contents were supplied by TECO DIAGNOSTICS, California, USA, serum IgA and serum IgG levels by using Radial Immuno-Diffusion (RID) plates. Kit content was supplied by Biocientifica S.A., Buenos Aires, Argentina [10,11]. Normal serum levels of IgA was (33-236 mg/dl) and (608-1572 mg/dl) for IgG [12].

The data were coded and verified prior to data entry. All statistical analyses were carried out using the Statistical Package for Social Sciences (SPSS/Windows Version 19.0.0, SPSS Inc., and an IBM Company). Microsoft excel 2013 was used for drawing figures. Continuous variables were presented as mean followed by standard deviation (SD), and categorical variables were presented as frequency and percentage. For qualitative data: Chisquare test (χ2) was used and for quantitative data: Independent-Samples T test (for two groups) and One- Way ANOVA Post Hoc Multiple Comparisons with LSD Equal Variance Assumed (for three groups) were used. Two-tailed partial correlation coefficient (r) was used to assess the relationships between both IgA and IgG and other variables. P-value ≥ 0.05 was insignificant while P-value<0.05 was significant.

Table 1. Comparison between the studied groups regarding serum levels of IgA and IgG.

Evidence comes from studies showing that T1D is characterized by the presence of antibody (humoral) and T-cell (cellular) responses to islet proteins (antigens). Immune responses to these antigens predate the clinical onset of diabetes, giving further support for an immune etiology to T1D [14].

Concerning immunoglobulins assay, the current study found that diabetic patients (group Ia and group Ib) had higher IgA levels and lower IgG levels than the controls (group II). This finding was in agreement with Pishdad et al. [15] who explained higher levels of IgA due to possible immune-inflammatory abnormalities in their patients. Moreover, Svensson et al. [8] stated that the higher IgA levels in patients probably reflects the stimulation by TGF (transforming growth factor)-β, in line with their previous finding of higher levels of TGF-β in patients compared with siblings. TGF-β drives the switch to IgA production by plasma cells.

Moreover, the low levels of IgG found in patients in this study might be in line with the hygiene hypothesis since high levels of IgG were found in animals living in their natural environment (unhygienic conditions) compared with laboratory-bred rodents [16]. On the other hand, Akinlade et al. [17] observed comparable levels of IgA and IgG in diabetics (T1D and T2D) and the controls. Sayarifard et al. [18] stated that serum IgA levels did not significantly differ by grouping the patients according to disease duration.

Comparing group Ia (newly diagnosed) and group Ib (old diabetics), showed that both IgA levels and IgG levels were lower among group Ia than group Ib (Table 1). This finding could be explained by that metabolic derangements exist in newly diagnosed diabetic children affect immunoglobulin production in vivo and it was known that hyperglycemia can suppress immunoglobulin production from B-cells in vitro [19,20]. Furthermore, Svensson et al. [8] found that newly diagnosed children with T1D expressed significantly higher IgA levels and lower IgG which could be explained by that transient hypogammaglobulinaemia G in the early stages of juvenile diabetes then a gradual increase of IgG, IgA may relate to the observation that evidence of recent enteroviral infections which was found more frequently in children with T1D [19,21]. Super antigens had been involved in the pathogenesis of the disease [22,23]. Such antigens are contained within infectious organisms and produce apoptosis in lymphocytes, which may be reflected in decreased IgG levels such as noted before or around the period of clinical onset of T1D [24]. In addition, these low IgG levels could be explained by the switch in B-cells from IgM to IgG which is the second response of the adaptive immune system [24].

Concerning with correlations between serum IgA levels and different parameters in the diabetic patients (in both group Ia and group Ib), there were insignificant associations between serum IgA level with age, sex, duration of disease, BMI percentile, WC, SBP percentile, DBP percentile and RBS (Table 2). These results were in agreement with Sayarifard et al. [18] who found that serum IgA levels did not significantly differ by grouping the patients according to age variation, sex distribution and disease duration. In contrast to our study, Svensson et al. [8] found that females showed significantly higher levels of IgG compared with males in diabetic patients. Moreover, Svensson et al. [8] found that IgA levels decrease with diabetes duration and stated that IgA levels are related to the inflammatory status of the immune system. In addition, they observed an increase of IgA levels with age and attributed that to the maturation of the immune system. On the other hand, we found insignificant fair positive correlation between serum IgA level and dose of insulin among group Ia. As regard group Ib, there was insignificant fair positive correlation between serum IgA level and HbA1c (%). In agreement with the current study, Sayarifard et al. [18] stated that there were insignificant correlations between IgA levels and hemoglobin HbA1c.In addition, Cortona et al. [19] found that IgA deficiency did not correlate with either increased rate of infections or HbA1c level. Insulin may indeed act as a hormone for T lymphocytes and enhance their function; conversely, insulinopenia is associated with increased proneness to infections and a wide array of both humoral and cellular immune anomalies [24]. Table 3 showed that there were insignificant associations between serum IgG levels and age, sex, insulin dose, SBP percentile, DBP percentile, RBS and HbA1c with both group Ia and group Ib. This was in agreement with Ritchie et al. [25] who found that IgG levels of males and females were comparable. On the contrary, Svensson et al. [8] found that females had higher levels of IgG than males and that IgG increased significantly with age. These higher levels in females could be explained by that IgG is associated with Th1-type immunity and this observation supports previous findings that females tend to be more Th-1 oriented than males [26]. There were fair positive correlations between serum IgG levels and both BMI and WC among group Ia with statistical significance present as regard WC where (r=0.36, P=0.03). Among group Ib, there was insignificant fair positive correlation between serum IgG level and duration of disease.

Regarding the relationship between IgA and serum IgG levels, there was insignificant fair positive correlation between them among group Ia and a weak correlation in group Ib (Table 4). In contrast to this finding, Gorus et al. [24] found that circulating concentrations of IgA, IgM, and IgG were overall strongly correlated at onset of T1D. Svensson et al. [8] stated that the different classes of immunoglobulins were almost all significantly pairwise correlated, but the correlations were all weak. They stated that the positive correlation of IgA with IgG and IgM in patients and siblings indicate that IgA levels are related to the inflammatory status of the immune system.

The current study found alterations of serum IgA and IgG levels in newly diagnosed as well as in old diabetic children might reflect the autoimmune nature of T1D. In addition, there were significant differences between newly diagnosed and old diabetic children as regard serum IgA and IgG levels, which may suggest that the duration of T1D affects their levels. 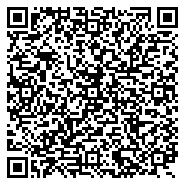