Introduction: Thalassemia major is a great worldwide problem. It is an inherited blood disorder characterized by less oxygen carrying protein (hemoglobin) and fewer red blood cells in body than normal.

Aim and objectives: To study the effect of socio-demographic variable on osteopenia and osteoporosis in multi-transfused thalassemia patients. Material and methods: This observational cross-sectional study was conducted in PBM children and associated group of hospitals, SP medical college, Bikaner (Rajasthan). A total of 65 children age groups of 6 to 18 years were included in the study.

Results: Maximum patients (50.76%) were belonged to 6-8 years followed by 32.91% cases belonged to 13-16 years and 16.92% cases belonged to 9-12 years. Out of 65 cases 60% cases were male and 40% were female. Maximum (56.92%) cases were from class III Socio Economic Status (SES) followed by class II (33.84%). Association between transfusion requirement (ml/kg/year) and SES was found statistically significant. 96.92% children were treated with deferasirox. Average weight of cases was 23.26 ± 8.56 kg. Average height of cases was 117.21 ± 19.24 cm. 40.00% cases were suffered from osteoporosis followed by 36.92% cases suffered from osteopenia and 23.07% cases were normal. Association between Bone Mineral Density (BMD) and age, SES, transfusion requirement and serum calcium was found statistically significant.

Conclusion: There was high incidence of low Bone Mineral Density (BMD) in patients with Beta Thalassemia Major (TM). There was significant association between low bone mineral density and age, calcium and socioeconomic status.

The thalassemia is an inherited blood disorder characterized by less oxygen carrying protein (hemoglobin) and fewer red blood cells in body than normal. ß-thalassemia is a blood disorder that reduces the production of hemoglobin. Hemoglobin is the iron containing protein in the red blood cells that carries oxygen to cells throughout the body. In people with ßthalassemia low level of hemoglobin lead to lack of oxygen in many parts of the body. This hypoxemia results into bony changes. Thalassemia major is great worldwide problem. Globally, there are at least 60,000 individuals born with ßthalassemia Major (TM) each year [1].

Regular blood transfusions are mandatory for long term survival, but over a period of years these cause a secondary state of tissue iron overload. Myocardial iron deposition can result in cardiomyopathy, and heart failure remains the leading cause of death [2]. The introduction of the iron chelator deferoxamine greatly ameliorates the effects of iron toxicity, but long-term cardiac mortality has been very disappointing [3]. The ongoing deaths from cardiac iron loading may relate to inadequate compliance or genetic factors related to metal transporters not yet fully elucidated [4], but whatever the cause, there is strong evidence that long-term deferoxamine chelation does not effectively prevent myocardial siderosis in a majority of patients.

Deferiprone, the first approved oral chelator, has been shown in randomized controlled trials to be effective monotherapy at 100 mg/kg/day dose in treating mild to moderately severe myocardial iron loading (myocardial T2* 8–20 ms), significantly improving both myocardial iron and ejection fraction [5], and the combination of deferiprone at 75 mg/kg/day with deferoxamine is likewise effective [6]. However greater total iron clearance is seen with combined treatment [7], which suggests that it might be useful for severe myocardial siderosis (T2* <10 ms). ß-thalassemia major is detectable in almost every Indian population group; however it is seen with higher frequency in north-west and Far East parts of the country. Among different communities, Sindhis, Gujaratis, Bengalis, Punjabis and Muslims account for most cases of ß-thalassemia.

Carrier state for ß-thalassemia major in India varies from 1%-17% with an average of 3.2%. Historically, β-TM was associated with marked osseous changes, and in particular, facial and limb deformities that were attributed to bone marrow expansion and cortical thinning caused by massive ineffective erythropoiesis. The introduction of regular transfusion therapy in the mid-1960’s to maintain near normal hemoglobin level resulted in diminution or prevention of bone deformities. With advance in blood transfusion management, there has been a marked reduction in classical thalassemic bone changes. However, well transfused patients require adequate iron chelation therapy, such as Deferoxamine (DFO). Incidence of osteoporosis in TDT ranges from 44%-96% and fracture rates are 70% higher in thalassemia when compared to the general population. Osteoporosis thus, represents a prominent cause of morbidity in TDT in both genders.

During the last decade, osteopenia or osteoporosis has been reported in approximately 40%–50% of well treated thalassemia major patients in different studies and is major cause of morbidity in these patients [8]. Chronic hypoxemia and medullary expansion due to low baseline haemoglobin, defective growth and nutritional status, abnormal calcium-phosphate homeostasis, increased levels of iron, delayed puberty and hypogonadism are of particular importance. Clinical features include growth failure, osteoporosis, fractures, osteonecrosis of bones, bone and spinal deformities, nerve compression. Diagnosis is done by DEXA scan (dual X-ray absorptiometry) of the lumbar spine and femoral neck.

This will allow timely and appropriate bone resuscitative measures to be undertaken and finally, improvement in the quality of life of these patients with minimal intervention. The outcome of the results will also help us know the effect of various factors affecting the bone mineral density, correlating it with the symptomatology of the patients and will help patients for starting the treatment and the policymakers for designing policies regarding therapeutic and preventive aspects. There has been a considerable improvement in the life expectancy and the quality of life of these patients [9]. The aim of the study is to assess bone mineral density in multi transfused thalassemia patients in a tertiary care hospital.

This observational cross-sectional study was conducted in the children hospital of SP medical college and PBM Associated Group of Hospitals, Bikaner (Rajasthan) over a period of one year from September 2020 to August 2021.

• All thalassemia patients who had ≥ 35 transfusions till date.

• Patients who are not receiving any supplementations affecting bone mineral density.

• Patients who given consent to the study.

• Patients with age group from 6-18 years are included in the study.

• Transfusion dependent thalassemia patients who had <35 transfusions till date.

• Patients who don’t consent to the study.

• Patients who are receiving any supplementations affecting bone mineral density.

Data of selected patients was collected and recorded in a proforma with emphasizing on the basic information of the patients, biochemical reports like serum ferritin, serum calcium, serum alkaline phosphatase, serum TSH, serum FSH, serum LH, serum testosterone, serum estradiol and general physical condition of the patient. The patients were then sent for DEXA scan to the radiology department, PBM hospital, and Bikaner. After consenting for the scan, patients were asked to wear loose comfortable clothes, avoid garments with zippers, belt or buttons. Jewelry, keys, wallets, or any other metal object that would interfere with the test was advised to be removed. Scan was performed with central DEXA device of general electric company (lunar DPX DXA system: analysis version-12.30). This examination was done on an outpatient basis. The DEXA bone density test usually takes 10 to 30 minutes.

The entire data was collected for every patient as per the proforma and analysis of the effect of various parameters on bone mineral density was done like iron overload, hypothyroidism, hyperparathyroidism, lack of sex steroids, vitamin D deficiency, etc. For qualitative data, Pearson chisquare test and fisher exact test used with continuity correction wherever applicable with the help of Epi Info software, version 3.5.3. 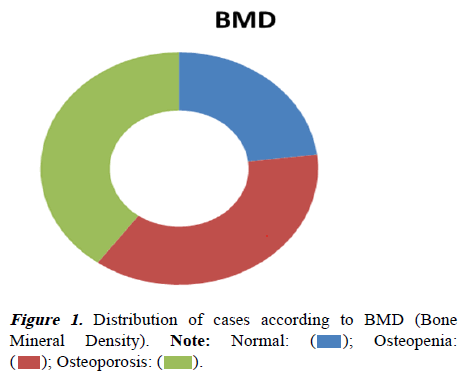 Table 1. Association between age and BMD.

Table 2. Association between SES and BMD. 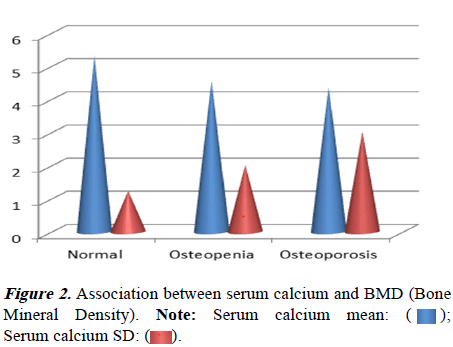 Beta thalassemia represents a group of recessively inherited hemoglobin disorders characterized by reduced synthesis of β- globin chains resulting in severe anemia which needs repeated blood transfusion. The combination of transfusion and chelation therapy has dramatically improved the life expectancy of thalassemic children. However, frequent transfusion can lead on to iron overload and may result in short stature, hypogonadism, diabetes mellitus, hypothyroidism, hypoparathyroidism, and other endocrine problems, cardiomyopathy, hepatic fibrosis and cirrhosis. In recent years, several authors have reported high incidence of these complications among patients suffering from thalassemia major. In present study, maximum patients (50.08%) were belong to 6-8 years followed by 16.92% cases were belong to 9-12 years and 13-16 years age group each. 60.00% cases were male and 40.00% were female.

Nasreen et al. [10] conducted a prospective observational study on 52 thalassaemic patients (aged 2-12 years) who attended department of pediatrics. Among the 52 transfusion dependent thalassemic children majority i.e. 35 (67.3%) were more than 6 years. Mean age was 8 ± 3.05 years. Majority of children i.e. 32 (61.6%) were male. Mean age of diagnosis was 9.2 months, youngest case being diagnosed at 3rd month, and oldest being at 20 months. Malik et al. [11] who observed that 75.8% of cases were diagnosed below 2 years. Among 52 children, 67.3% children had more than 7 years of age which is similar to the study done by Sangani et al. [12]. Among those 52 children, 32 children were males and 20 children were females. When compared to the study by Choudhary et al. [13] and George et al. [14] male and female distribution were almost similar.

Thalassemia patients are virtually dependent on regular packed cell transfusion for their survival. They do suffer from growth retardation. Retardation of both height and weight can see in thalassemia patients. Multiple blood transfusions invariably lead to deposition of iron in various organ and tissues. This secondary hemochromatosis damages the pituitary thyroid axis contributing to delayed physical and sexual growth. Costin et al. [15] histologically demonstrated iron deposition in endocrine glands as a consequence of iron over load by regular transfusion therapy. Thyroid gland is a very important gland to maintain normal physiology of body. Damage due to iron is an important though rare cause of thyroid dysfunction. Siderosis induced damage at various level of hypothalamic-pituitaryperipheral endocrine organ is a well-known entity in thalassemia patients. In present study, 40.00% cases were suffered from osteoporosis followed by 36.92% cases suffered from osteopenia and 23.07% cases were normal.

Our study showed high incidence of low bone mineral density in beta thalassemia major. Also the study showed no significant difference between males and females as far as bone mineral density is concerned. This was in agreement with Karimi et al. [16] and Shamshirsaz et al. [17], but not with others, who reported lower BMD in males. This may indicate more severe changes in females in our study, which could be due to delayed puberty in patients as amenorrhea and hypogonadism have a greater impact on osteoporosis in females than in males. There was very significant association between low bone mineral density and advanced age. This is in agreement with Christoforidis et al. [18] and contrary to others, who showed lower bone mineral density in young patients. This may be due to the large number of patients with delayed puberty in our study, as BMD which is already low in childhood, decreases further in patients with absent or delayed puberty.

There was also significant association between low body mass index and low bone mineral density in constrast to Rafsaniani et al. [19], which may be due to delayed growth caused by chronic anemia (as patients did not follow proper transfusion program), delayed puberty and growth hormone deficiency (which was not measured in our study). There was significant association between low hemoglobin level and low bone mineral density as found by Karimi et al. [16] but contrary to Rafsaniani et al. This is mostly due to increased erythropoesis, bone marrow expansion and increased transfusion requirement with lower Hb. There was no significant association between elevated serum ferritin and low bone mineral density as was reported by Rafsaniani et al. it may be attributed to the small number of the patients in the study or because all patients had elevated levels so there was no significant difference between them (because it is well known that iron is toxic to osteoblasts).

We concluded that there was high incidence of low Bone Mineral Density (BMD) in patients with beta Thalassemia Major (TM). There was significant association between low bone mineral density and age, calcium and socioeconomic status. There were no significant effects of serum ferritin, on BMD and gender. 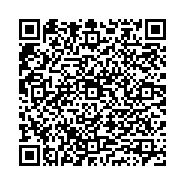