The development of efficient disease-modifying therapies and the oversight of their use are both made possible by the availability of biomarkers for neurodegenerative diseases. Designing clinical trials and observational studies with positron emission tomography methods to detect amyloid- and tau-pathology in Alzheimer's disease has become more and more common. The development of readily available and affordable blood-based biomarkers that can identify the same pathologies associated with Alzheimer's disease in recent years has the potential to completely alter how the disease is diagnosed worldwide. Blood-based indicators of general neurodegeneration and glial activation, as well as relevant biomarkers for -syncline pathology in Parkinson's disease, are also developing. An overview of the most recent developments in the study of biomarkers for neurodegenerative diseases is provided in this review. Future directions for implementation are discussed.

New biomarkers in research and clinical practise of Alzheimer's Research and Therapy, Neuropathlogically validated biomarkers can be used to evaluate disease course despite occasionally indirect associations with lesions, particularly given how degeneration relates to clinical manifestations. Biomarkers are of almost significance for trials. Through the definition of inclusion criteria and outcome variables, they are essential for effectively identifying and following cohorts. Neuropathology can be instructive for trials as demonstrated in a follow-up to an amyloid-(A) immunization trial; however, the timelines involved with postmortem donation impede drug development. Biomarkers will be even more useful as diagnostic tools as new treatments are developed [1].

Neurodegenerative diseases are caused by a variety of intricate, interrelated mechanisms, according to decades of neuropath logical research that has been aided by cutting-edge biomedical tools. Assessment of temporal relationships is a fundamental limitation of neuropathology's cross-sectional nature. Neuropathlogically studies typically only focus on late stages of the disease, but current cohorts based on the general population can capture the entire spectrum of disease progression. Successful therapeutics are likely dependent on identifying and treating early stages of pathophysiological cascades; as a result, a thorough understanding of the early underlying biology and the discovery of biomarkers that represent these changes are essential [2].

Hereditary neurodegenerative diseases have been the subject of numerous studies to look into the early stages of disease because of the clear etiology and occasionally predictable age of onset. For instance, positron emission tomography (PET) imaging studies of familial AD cases suggest that brain clinical symptoms, whereas cortical tau deposition starts about 6 years before onset The same goes for FTLD mutation carriers; biomarker studies indicate that pathological changes begin decades before symptoms. These studies support neuropath logical findings by demonstrating the existence of a latency period prior to clinical decline that should be therapeutically targeted. There is evidence that plasma A42/40 is more costeffective than CSF or PET for identifying participants in trials targeting early stages of amyloidosis [3].

Curiously, findings from in vivo studies of the timing of A- and tau lesions in AD frequently disagree with research using extensive postmortem case series, which shows that tau lesions happen before A-deposition in the brain. This might be the result of design biases in event-based modeling techniques using biomarkers. Young and colleagues discovered, in agreement with postmortem studies, that CSF levels of total tau and phosphorylated tau become abnormal before CSF levels of A42. The sequence of biomarker changes did not replicate those typically observed in biomarker studies until they restricted the cohort to those who were already A+, APOE+, or A+ and APOE+ using data-driven autopsyvalidated cutoffs. Differences in investigators' assessments of thresholds and descriptions [4].

The conclusions reached will depend on whether the disease spectrum is clinically meaningful Weigand and colleagues discovered those individuals with tau PET-positive and A PET-negative tendencies to exhibit subtle cognitive changes, which they interpret to be early signs of AD-related changes. In other words, people who are PET-positive for tau and PETnegative for A are at an early stage of the disease spectrum. Evidence that tau PET distribution predicts future atrophy, but A PET does not strengthens this argument Others would describe tau PET-positive and A PET-negative people as having "suspected non-Alzheimer disease pathophysiology, suggesting that they are part of a different disease spectrum rather than an early stage of AD that may later include both lesions. The field is still divided [5].

Other characteristics of neurodegenerative diseases have been suggested as potential biomarkers of disease progression, in addition to the variety of targets that can be detected by conventional fluid and imaging biomarkers. One method, the Multimer Detection System-Oligomer A, avoids problems with measuring A concentrations by looking at plasma proteins' propensity to oligomerize. Another uses an immune-infrared sensor assay to measure blood levels using biophysical properties related to the amyloid protein's propensity to form -sheets. Using specialised MRI sequences and analysis, in vivo measurement of an early-affected region, the locus coeruleus, is being investigated as a potential early biomarker. Accordingly, pupillometry is being investigated as a way to gauge noradrenergic activity and, consequently, locus coeruleus integrity. Transcranial signal analysis. Additionally promising as a biomarker of functional connectivity and possibly sensitive to early changes are magnetic stimulation, electroencephalography, and magneto encephalography. As early biomarkers, various functional readouts, including digital phenotyping assessments conducted using apps and sleep polysomnography, have also been proposed. 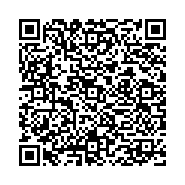