Results: Mdr1a and mdr1b mRNA expression levels were significantly higher in the EP and EP+LTG groups than in the NS group (P<0.01), but these levels were not statically significant in the EP+LTG and NS+LTG groups than in the EP and NS groups, respectively (P>0.05 and P>0.05). Furthermore, rats in the mdr1a and mdr1b mRNA expression group was lower in the EP+LTG+DTZ group than that in the EP and EP+LTG group (P<0.05 and P<0.05), while differences between the NS+LTG+DTZ group with the NS+LTG group and with the NS group were not statistically significant (P>0.05 and P>0.05).

Conclusion: Seizures can increase mdr1a and mdr1b mRNA expression in the hippocampus, and LTG had no effect on its expression; while DTZ can reverse the expression trend.

Epilepsy is a common disease of the nervous system, and approximately 25% of epilepsy patients are resistant to most anti-epileptic drugs and progress into intractable epilepsy [1]. There are a number of evidences that the overexpression of Multidrug-Resistance (MDR) genes play a major role in the pharmacoresistance in epilepsy [2,3]. MDR genes were first discovered by Biedler [l] in the 1980s, among which, mdr1 plays a major role [4]. A study revealed that mdr1 in brain tissues of patients with intractable epilepsy appeared to be overexpressed [5]. The enhancement of mdr1 expression prevents antiepileptic drugs to effectively enter the brain cells, which is an important reason for the failure of epilepsy treatment. A study revealed that the overexpression of P-glycoprotein (P-gp) was found in surgically removed brain tissues of epileptic foci in patients with intractable epilepsy [6]. P-gp is a protein product of mdr1 gene, located on the lumen-close side of Blood Brain Barrier (BBB) capillaries and on the podocytic process of astrocytes outside the blood capillaries [7]. This functions as an energy-dependent drug pump, protecting tissues from toxics and exogenous chemicals, and limiting fat-soluble substances into the brain [8]. Most antiepileptic drugs have a high liposolubility, and these are natural substrates of P-gp [9]. Therefore, P-gp may limit anti-epileptic drugs from traveling through the BBB, reducing their concentrations in the brain; leading to the drug-resistance of intractable epilepsy.

Calcium antagonists are the earliest discovered drugs that can reverse mdr1 gene overexpression, and the anti-epilepsy effect of the calcium antagonist has been confirmed in the experimental animal model of epilepsy and clinical studies [10,11]. In addition to inhibiting epileptic seizures, calcium antagonists can also reduce damage to neurons through expanding cerebral blood vessels, improving cerebral blood supply, and blocking cell hypoxia or a series of pathophysiological changes caused by excessive metabolism-inducing calcium overload [12-14]. Verapamil [10,11], a well-studied calcium antagonists, has a restricted clinical application due to its large consumption and cardiovascular side effects. Thus, diltiazem hydrochloride (DTZ, a calcium channel blocker that mainly inhibits L-shaped channels, with relatively mild side effects) was chosen for this study on the reverse effect on mdr1a and mdr1b expression in the hippocampus.

Establishment of the animal model and groupings

Establishment of animal model: A total of 75 seven-day old male Wistar rats (provided by the Animal Center of Shandong University of PR China) were used in this study. The initial body weight of these rats ranged between 11.3-13.7 g. These rats were separately fed under a 12 h light/dark cycle at 22-25°C ambient temperature and 60% humidity, with enough food and water. The rats were randomly assigned into the Kainic Acid (KA) group (n=39) and control group (n=36). Rats in the KA group were intraperitoneally injected with KA (1 mg/kg, diluted with normal saline until a concentration of 0.5 mg/ml was achieved); while rats in the control group were intraperitoneally injected with the same dose of Normal Saline (NS). Lado's epileptic seizure classification [15] in juvenile rats was adopted in this study: grade 0, no seizure; grade 1, mechanical chewing; grade 2, continuous nod; grade 3, unilateral forelimb clonus; grade 3.5, alternate forelimb clonus; grade 4, bilateral forelimb clonus, backward movement; grade 5, bilateral forelimb clonus, backwards movement, fall; grade 6. running, screaming; grade 7, tonic seizures. Intraperitoneal injection was conducted under aseptic conditions, and rats were continuously observed for eight hours. In the KA group, 2-10 min after the injection of KA, rats gradually appeared to have seizures above grade 5; and then, progressed into an epileptic state. Six rats twitched to death; and 24 h after, another two rats died. In the control group, no rat had epileptic seizures and no death occurred.

Afterwards, eight-hour daily observation was performed, the presence of spontaneous seizures and deaths were observed on each rat, and the number of seizures was recorded. Two weeks later, surviving rats in the KA group gradually presented with non-irritable unilateral or bilateral forelimb clonus, and could or could not keep their position; that is, the rats had Spontaneous Recurrent Seizures (SRS). Hence, the epileptic juvenile rat models were successfully established.

Experimental grouping: The 31 surviving rats in the KA group were randomly divided into three subgroups: EP (Epilepsy untreated with antiepitic drugs, n=10) group, EP+LTG (epilepsy rats treated with lamotrigine n=11) group, and EP+LTG+DTZ (epilepsy treated with lamotrigine and DTZ, n=10) group. In addition, 36 rats in the control group were randomly divided into three subgroups: NS (n=12) group, NS+LTG (n=12) group, and NS+LTG+DTZ (n=12) group. One week after the occurrence of SRS, rats in the EP+LTG group were given daily LTG gavage of 20 mg/kg by intubation [16]; while rats in the EP+LTG+DTZ group were given daily DTZ gavage of 10 mg/kg [10,11] in addition to LTG (LTG and DTZ were prepared with 1% sodium cellulose solution into the suspension liquid with a concentration of 2 mg/ml). At the sixth week of medication, rats in each group were decapitated, and their hippocampi were obtained and placed in a -80°C refrigerator.

Extraction of total RNA and RT-PCR

Software (SPSS11.5) was used to compare the average classification of epilepsy in the epilepsy group and the relative expression of mdr1a, mdr1b levels between each group by using variance analysis in factorial design. P<0.05 was considered to be statistically different. 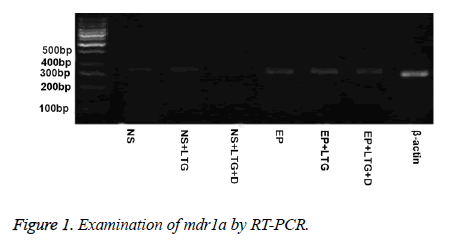 Figure 1: Examination of mdr1a by RT-PCR.

Table 3: Expression of mdr1a gene in each group.

Table 4: Expression of mdr1b gene in each group.

Figure 2: Examination of mdr1b by RT-PCR.

Expression of mdr1a and mdr1b genes in the rats of NS+LTG group was not significantly different compared with that in the NS group (p>0.05, and p>0.05) (Tables 3 and 4, Figures 1 and 2). Meanwhile, there was no significant difference in the expression of mdr1a and mdr1b genes between the rats of EP+LTG group and EP group (p>0.05, and p>0.05).

Epilepsy is a polygenic hereditary disease, characterized by high disability rate, long duration and frequent recurrence; which can cause a decline in a patient’s learning and memory function [1,2]. Under serious conditions, it can even threat a patient’s physical and mental health [15]. Epidemiological surveys have revealed that the incidence of epilepsy was 4.5-5.0/1000 [16], the incidence of epileptic state was 35/100,000 [17], and approximately 25% of epilepsy patients are resistant to most anti-epileptic drugs and progress into intractable epilepsy [1]. Since 1981, hundreds of several kinds of substances have been found to reverse the expression of mdr1, which can be mainly divided into seven categories including calcium channel blockers, calmodulin antagonists, cyclosporine, protein kinase inhibitors, hormone and anti-hormonal compounds, isoquinoline alkaloids, and others such as vincristine and quinidine [4,5]. These substances can reverse the expression of mdr1 genes to a certain extent, and cut the amount of P-gp, in order to help drugs travel through the biological membrane into the cell body [6]. These substances not only have been widely discussed in studies on the drug-resistance mechanism of tumors [12-14], but were found to have a potential value in promoting antiepileptic drugs into the brain [10,11].

Drug therapy remains the main treatment for epilepsy. Therefore drugs that can reverse mdr1 expression and improve the antiepileptic drug concentrations in the brain may create a new way for the treatment of intractable epilepsy. In this study, juvenile rats were treated with KA and developed an epileptic state with spontaneous temporal lobe epilepsy; and these rat models were used as the objects of study, in order to investigate the reversal effect of calcium antagonist DTZ on mdr1a and mdr1b expression in the hippocampus. Temporal lobe epilepsy rat models caused by KA were treated with LTG combined with DTZ. After six weeks, it was found that mdr1 expression levels in the hippocampus were lower in these rats than in rats treated with LTG alone; and the differences were statistically significant. This suggests that DTZ can reverse mdr1 gene expression, and its reverse action is not associated with calcium channel blocking; but by competing the opportunity of binding with P-gp [18]. It realizes the reverse effect by acting as the competitive substrate of mdr1 efflux pump, in order to increase the accumulation amount of therapeutic drugs in cells.

In our subsequent experiments, we will further evaluate the clinical value of DTZ from the experimental and clinical aspects; that is, whether its concomitant use with antiepileptic drugs can increase the concentration of the latter in the brain and improves the prognosis of epilepsy, and results in no serious adverse reactions.

This study complies with ethical standards.

There are no conflict interests to disclosure.