Susceptibility of the isolates to 12 antimicrobial agents including Piperacillin/Tazobactam, Meropenem, Gentamicin, Colistin, Rifampicin, Trimethoprim/ Sulfamethoxazole, Ceftazidime, Cefepime, Ticarcillin, Tobramycin, Ciprofloxacin, Levofloxacin was determined by E-Test according to manufacturer's recommendation (MIC, France). E-Test susceptibility test were performed in accordance with manufacturer’s instructions on Mueller- Hinton Agar plates [Conda, Spain]. Mueller Hinton Agar plate were inoculated and were incubated for 20-24 hours in an aerobic atmosphere at 35°C ± 2°C according to the instructions for a bacteriostatic antimicrobial provided by the manufacturer (Table 1).

Breakpoint for defining susceptibility, intermediate and resistance were applies in accordance with CLSI guidelines, and the results were interpreted according to CLSI guidelines [12]. Escherichia coli ATCC25922 and Pseudomonas Aeruginosa ATCC35218 were used as control. Data was analysed with descriptive method using Spss version 22 software [SPSS Inc. Chicago, IL].

Of the isolates of Acinetobacter baumannii 96.6% were resistant to Ticarcillin, Ceftazidime, and Cefepime. Most of them [93.2%] were sensitive to Colistin. From a total of 88 isolates a baumannii, the most active agent was Colistin with 93.1%sensitivity followed by rifampicin with 34.1% sensitivity, respectively. Acinetobacter baumannii showed the highest resistance to Ticarcillin and Ceftazidime and Cefepime antibiotics (Table 2). According to the standardized definition of MDR strains, 86 (97.7%) isolates exhibited the MDR pattern.

According to the standardized definition of MDR strains, 86 (97.7%) isolates exhibited the MDR pattern.

Most (40%) of Acinetobacter baumannii samples were collected from wound infection in the study of Darvishi [24], Although in studies done in Qatar, Iran, USA, wound isolates of Acinetobacter baumannii was 10.5% and 3% and 13% respectively, In the study of Al Samawi et al. Ahdi Khosroshahi et al. and Dent et al. the most commonly identified site of Acinetobacter baumannii isolation was respiratory tract [5,7,23]. The difference between these data could be due to Acinetobacter baumannii isolated of this study collected from only one ward of hospitals and didn’t collect from respiratory ward. Perhaps, it is because their isolates were larger than our study and their results were more reliable than our results. Our study demonstrated a high resistant to cephalosporin’s like Cefepime (96.6%) and Ceftazidime (96.6%). Our findings was near to other studies reported by Moogahi et al and Goudarzi M and Azimi H. and Farshadzadeh et al and Biglari et al. and Moosavian et al. studies [11,25-28].

Resistance to Ceftazidime in study of Ahdi Khosroshahi et al. and Ansari et al. was high (above 90%), that is similar to our study [7,9]. Our finding compared to those of other studies shows that resistance to these antibiotics is high [25]. The results of our study is in contrast to that of Al Samawi et al. (Qatar, 2012), because in our study resistance to Cephalosporins is higher than their results [5]. The difference between the results of the two studies could be due to that fact that antimicrobial resistance has increased in recent years and they performed their studies five years ago or they used another antimicrobial resistance method or Cephalosporins isn’t available in their country.

In the present study isolates resistant to aminoglycosides such as gentamicin [86.4%] is similar to the finding of Goudarzi and Azimi study, and similar to our study resistance to gentamicin is higher than tobramycin [26]. Moogahi et al. and Moosavian et al. showed that60% and 96% of Acinetobacter baumannii were resistant to Gentamicin respectively [11,28]. In the study of Asadollahi et al., Gentamicin has a good effect on MDR Acinetobacter baumannii [6], Also in study of Mirnejad et al. Tobramycin was one of the most effective agent against Acinetobacter baumannii [30] However, further control is required to prevent the increase of resistance to these antibiotics in our study.

More than 79% Acinetobacter isolates resistant to Quinolones nearly coresponds to the findings of Vakili et al. study and Goudarzi, Azimi and Moosavian et al. and Biglari et al. [10,25,26,28]. The results of this study confirmed previous reports. The prevalence of Piperacillin/ Tazobactam resistance (95.5%) is very similar to that found in the study of Vakili et al. in Iran (98.5%) [10], and was higher than those reported in Qatar by Al Samawi et al. [5]. Similar to another study result in Iran our study demonstrated that more than84% of Acinetobacter baumannii isolates is resistant to Trimethoprim/ Sulfamethoxazole [11]. In contrast to the study conducted by Goudarzi and Azimi in Iran, resistance to Trimethoprim/ Sulfamethoxazole in MDR Acinetobacter baumannii was (43.8%) higher than our results [26].

Determined resistance rate of 100% against Ticarcillin in Khosroshahi et al. study is nearly comparable to our results [7]. In the current study 65.9% isolates were non susceptible to Rifampicin, but, in study of Farshadzadeh et al. 97% of Carbapenem-Resistant Acinetobacter baumannii are non-susceptible to rifampicin [27]. In this study Resistance rates to Rifampicin was (38.7%) and in the study of Ahdi Khosroshahi et al. it was 27%. These results are similar to each other; however, in our study susceptibility of Acinetobacter baumannii to Rifampicin (34.1%) is worse than demonstrated by another method by Khosroshahi et al. (73%) in Iran [7]. Difference in number of samples collected, method of experiment and geographical area where the sample collected could be the main factors for difference in this results. The results in the present study agree with the studies have demonstrated that resistance to most antimicrobial drugs have increased during recent years [11,29]. Colistin is an effective antibiotic against Acinetobacter baumannii isolates in our finding.

As most of other studies, we came to the conclusion that Acinetobacter baumannii is resistant to many of available antibiotics; therefore it is prescribe antibiotics to treat this infection. Vigilance is needed by committee of antibiotic resistance control to prevent outbreak of this pathogen. Since the prevalence of MDR Acinetobacter baumannii cannot be determined with this method in Ahvaz in 2017, our data can be used as a reference to assess any increase in the prevalence of resistance Acinetobacter baumannii in the future. This study has several limitations that need to be considered when interpreting these data. The study was retrospective and the study period was short, PCR for the detection of antibiotic resistance genes and virulence factors and mutations were not performed. The current study did not address the role of gender, age, occupation. Our results are based only on invitro findings with E-test method on little sample and need to be confirmed by another available method like a dilusion method and on larger samples of Acinetobacter baumannii isolates from various sites of body.

The authors would like to acknowledge chief and Personnel of Pasture laboratory (Ahvaz, Iran) for their participation in the study. 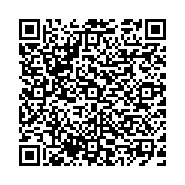