The spore-forming bacterium is the source of the zoonotic disease anthrax, which is not communicable. Although humans can develop anthrax by coming into contact with contaminated animal products, tissue from diseased animals, or under rare circumstances, spores, anthrax is most frequently encountered in wild and domestic herbivores. Anthrax can present with a variety of clinical symptoms that vary depending on the route of infection, host characteristics, and even strain-specific variables. Anthrax frequently results in hemorrhagic lymphadenitis and severe septicemia in herbivores, both of which have a significant mortality rate. The disease is typically less severe but still potentially lethal in dogs, humans, horses, and pigs. Animal reproductive cells called spores can create new individuals on their own without fusing with other reproductive cells. Thus, gametes reproductive cells that must pair together in order to create a new individual differs from spores.

The spores of the anthrax bacterium, which are frequently found in infected animal products, are transferred by touch. Contact can occur through the act of eating, breathing, or a skin break [1]. Usually, it doesn't transfer from person to person. Military personnel, vacationers, and those who work with animals or animal products are risk factors. The presence of toxin or antibodies in the blood, or the culture of a sample from the infected site, can confirm the diagnosis. For several years, spores can survive in soil. While they could potentially infect grazing animals at this time, they typically do not provide a direct danger of infection to humans. When grazing animals consume enough soil-borne spores, they may become sick. Biting flies can mechanically spread spores from one animal to another in addition to direct transmission [2].

Production animals may become sick by contaminated hay or feed that contains contaminated soil or bone meal from infected animals [3]. Anthrax infections by eating contaminated meat have been documented in pigs, dogs, cats, mink, wild predators, and people. Contaminated meat that is raw or inadequately cooked is a cause of infection. When vegetative bacilli are expelled from a dead animal, the oxygen in the air triggers sporulation. Spores can withstand temperature fluctuations, chemical disinfection, and desiccation with moderate ease. Necropsy is avoided due to the risk of blood loss and vegetative cells being exposed to the air, which would trigger a significant amount of spore production. Vegetative cells in an unopened cadaver quickly decompose without sporulating because of the swift pH drop that occurs after death and decomposition [4].

When sheep and calves are exposed to acute anthrax, there is a sudden beginning of fever and a period of excitation, which is then followed by lethargy, stupor, cardiac or respiratory trouble, stumbling, seizures, and death. Animals are frequently discovered dead because the progression of sickness is so quick. Significantly less milk is produced, and pregnant animals may miscarry. The natural bodily apertures could produce bloody discharges. The localised, subcutaneous edoema that some illnesses are characterised by can be rather severe. The ventral side of the neck, the thorax, and the shoulders are the regions most usually affected. Anthrax in horses can be acute, and symptoms might include swellings of the neck, sternum, lower belly, and external genitalia as well as fever, chills, severe colic, anorexia, depression, weakness, and bloody diarrhoea. Anthrax in dogs, cats, and wild carnivores is similar to that in pigs [5]. The expected progression of disease and lesions in wild herbivorous animals varies by species but often mirrors anthrax in cattle.

Lesions are often limited to the tonsils, cervical lymph nodes, and surrounding tissues in pigs with chronic anthrax. On a sliced surface, the expanded lymphatic tissues in the region show a mottled salmon to brick-red colour. On the tonsil surface, diphtheritic membranes or ulcers may be visible. It might be challenging to diagnose anthrax based just on clinical symptoms. If anthrax is suspected, confirmatory laboratory tests should be tried. All grazing animals in the endemic area should receive a yearly vaccination, and management measures should be put in place when an epizootic occurs. 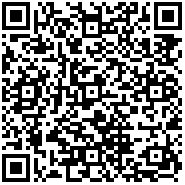