Objective: To separate the pathogenic bacteria of Chronic Obstructive Pulmonary Disease (COPD) and investigate their constituents and the resistance features of gram-negative bacilli, so as to provide some references for the clinical application of antibiotics in the respiratory department of Hunan Provincial People’s Hospital.

Methods: A total of 710 COPD patients who were admitted in the respiratory department of Hunan Provincial People’s Hospital from August 2013 to February 2017 were enrolled in the study. In order to get germ-free sputa, all of them had to rinse their mouth repeatedly with clean water or hydrogen peroxide. The sputa were assayed for drug sensitivity with the K-B methods drafted by National Committee for Clinical Laboratory Standards (NCCLS).

Results: A total of 813 strains of bacteria were isolated from 710 COPD patients, of which gramnegative bacilli were the major strains whose highlight was Pseudomonas aeruginosa. Gram-positive bacilli ranked second of which Staphylococcus aureus was the primary and fungi third. The strains and constituent ratio of gram-negative bacilli were significantly higher than that of gram-positive bacilli and that of fungi, and the difference was statistically significant (P<0.05). Through drug sensitive tests, it was known that Pseudomonas aeruginosa and Acinetobacter baumannii had higher resistance rate to cefazolin, with a statistical difference (P<0.05).

Conclusion: The highlight of bacteria-isolated is gram-negative bacteria which have very strong drug resistance, so that it is necessary to monitor unceasingly the resistance of bacteria, so as to guide reasonable medication in clinic.

In recent years, as a result of antibiotics abuse, there is a big difference in the species, distribution, and resistance of pathogenic bacteria which give rise to lower respiratory tract infection [1], bringing great difficulties to clinical medication and treatment. As a common disorder of the lower respiratory tract infection, Chronic Obstructive Pulmonary Disease (COPD) is sorted into two broad categories: chronic bronchitis and pulmonary edema. Cough, even productive cough and asthma are the major manifestations of COPD in clinic which have a serious impact on the lives of the patients. The majority of the COPD patients are elderly people whose viscera functions and immunity degenerate gradually so that the disease is repeated and prolonged, increasing the difficulty of treatment. In order to fix such issues as complex constituents, mal-distribution, and resistance of the pathogenic bacteria and low immunity of the patients, we take some germ-free sputa with rational methods from 710 COPD patients who visited our hospital from August 2013 to February 2017 to be cultured and analyse the constituents and resistance of pathogenic bacteria, to support clinical medication in reason. The details are following.

Based on the diagnosis standards of COPD of China, 710 COPD patients visited our hospital from August 2013 to February 2017 were enrolled in the study, 482 males, 228 females, aged from 45 to 80 y, with a mean age of (53.8 ± 8.1 y). They had various coughs, pyrexia, productive cough, even wheezing, and dyspnea, and some had lower extremity edema, varicose veins, cyanosis and so on. Among them, 395 cases had diabetes, hypertension, renal insufficiency, coronary heart disease, and cerebral hemorrhage, 279 chronic bronchitis, 19 bronchiectasis and 17 bronchial asthma.

All patients were selected according to Diagnosis Criteria of Nosocomial Infection issued by Ministry of Health of China. The patients in accordance with the criteria, abandoning their first cough which was coughed out harder, coughed their second sputum into an aseptic box after gargled their mouth in the morning which were sent to laboratory immediately. The bacterial strains were isolated and identified in accordance with the national clinical testing procedures. The sputum samples collected in 1 h were inoculated in chocolate agar, goat blood agar, and McKinsey agar. Or sputum samples also could be obtained by bronchoscope, hatched at 35°C in an incubator with CO2. After culture, the samples were identified and smeared according to rules, which were observed under microscope: sputum samples containing<10 squamous epithelial cells and >25 leukocytes, or squamous epithelial cells: leukocytes<1:2.5 per low-power field were acceptable ones with less contamination which could be cultured. The isolated sputum bacteria whose concentration ≥ 107 cfu/ml were considered as pathogenic bacteria, and those whose concentrations ≤ 104 cfu/ml as contaminated bacteria which were abandoned. If the concentration of the bacteria was between 104 and 107 cfu/ml, they should be repeatedly cultured until the same bacteria with a concentration of 105-106 cfu/ml were acquired twice in a row which could be regarded as pathogenic bacteria. The strains were appraised by the Vitek32 Bacteriometer from Bio Merieux, Franch.

All data were analysed by software SPSS17.0, and the measurement data were expressed by mean ± SD. After homogeneity test of variance and normal distribution test, the independent sample t-test used for the analysis among sample groups, and the enumeration data were compared using chisquare test.

Constituent and distribution of pathogenic bacteria

Notes: compared with the gram-positive bacilli and fungus, the constituent ratio was much higher, P<0.05.

Analysis on the drug resistance of the pathogenic bacteria

Chronic Obstructive Pulmonary Disease (COPD) induced by airflow limitation is one of common and frequently-occurring diseases of lower respiratory tract infection. The patient has such manifestations in clinic as increased cough, increased expectoration, fever, even dyspnea, lower limb edema, and cyanosis. The majority of the patients with COPD are the aged because their hypoimmunity, viscera degeneration and longterm use of various antibiotics [2] have pathogenic bacteria mutated and their drug resistance raised, increasing clinical treatment difficulty. Smoking is able to put on the prevalence rate of COPD [3] so that the amount of male COPD patients are more than that of the female and its prevalence rate gradually increases with age, being in accordance with the international reports [4]. COPD is mainly sorted into chronic bronchitis and pneumonedema. All bronchi of COPD patients are nearly infiltrated by inflammatory cells like neutrophils and lymphocytes, leading to repeated injury and repair of the bronchial line and finally an increase in collagen content in the bronchial wall to form a scar [5]. If the terminal pulmonary tissue contains too much gas, the alveolar septa would be destroyed, finally enlarging the lung volume and degenerating lung function [6].

In the study, we culture the sputa from 710 COPD patients in a germfree condition and obtain 813 pathogenic bacteria. The bacteria are cultured in chocolate agar or goat blood agar, placed in an aseptic container in case they are contaminated, enhancing the reliability. The germiculture paves the way for later drug sensitive test and can also direct the antibiotic therapy and the adjustment of treatment plan accurately. The pathogenic bacteria acquired are generally sorted into gramnegative bacilli, gram-positive bacilli, and fungus which are the major causes of lower respiratory tract infection [7].

The prevalence rate of COPD has seen a growth year by year, and the treatment should focus on slowing down lung function decline and enhancing the patients’ immunity and their lung function [10,11]. The ceaseless mutation of pathogenic bacteria gives rise to more complicate strains, boost drug resistance, and increase the difficulty of treatment in clinic. Therefore, as a key link, the infection of pathogenic bacteria isn’t ignored during treatment [12]. In the study, we use dozens of antibiotics to test the drug sensitivity of 813 kinds of pathogenic bacteria according to K-B method drafted by NCCLS. At the same of ensuring that the bacteria are cultured in a sterile environment, the practitioner performing sensitive test should also pay attention to germfree operation and improve his aseptic sense, and all the experimental instruments should be thoroughly sterilized. In case of blind selection to increase treatment difficulties, the antibiotics should be reasonable determined based on the outcome of drug sensitive test [13]. We investigate the drug resistance of three gramnegative bacilli (Pseudomonas aeruginosa, Escherichia coli, and Baumanii) and find that the resistance rates of Pseudomonas aeruginosa and Baumanii to cefazolin are the highest, with a statistical difference (P<0.05). What’s more, Pseudomonas aeruginosa has too strong drug resistance to be thoroughly cleared away by respiratory system, resulting in lung dysfunction and repeated illness [14]. Escherichia coli has the highest resistance rate to ciprofloxacin, and the difference is significant (P<0.05).

To sum up, COPD is the most common and important disease of respiratory tract infection whose prevalence rate and mortality has risen with years. The study catches the key point that pathogenic bacteria are the essential factor impacting on the patients and reveals such features of them as complicate constituent and strong drug resistance via germiculture and drug sensitive test. If some useful clinical data can predict disease and the change of strains, that would be benefited for proper application of antibiotics in clinic [15]. 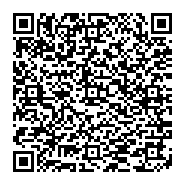