Aim: To analyse the relationship between the severity recurrence of old medical injury in exercise and exercise intensity effectively.

Method: Carry on the analysis of 4000 students, being from different sports institute who are medically injured from January 2015 to December 2015, and make a detailed research for the relationship between the severity recurrence of old medical injury in exercise and exercise intensity.

Result: After questionnaire survey as well as related research and analysis for all students, it is found that the injury types of all athletes are mainly old medical damage which mainly exists in waist, shoulders and knees. At the same time, with the increasing intensity, athlete's injury recurrence rate also is significantly increased.

Sports injury (Figure 1 is the main injury types in running) mainly refers to a certain degree of damage in the organs and the body during the process of exercise [1]. Sports participants are damaged in the process of exercise, the body and organs, known as sports injury [2]. The severity of recurrent injuries in sports can be used to reflect the intensity of exercise and the amount of physiological load in sports practice, and can describe the health status of athletes [3,4]. Sports old medical injury will reduce the quality of athletes' training, affect the training and competition results, bring physiological and psychological pressure to athletes, and will also bring the loss of manpower and material resources to the country [5,6]. Therefore, to strengthen the sports injury research has become the focus of the analysis of related personnel [7-9]. The application of athlete's severity recurrence of old medical injury in exercise can effectively reflect athlete’s exercise intensity and the maximum body load. Old medical injury in exercise will seriously affect the quality of training and then affect the performance of athletes during the games, which will also bring serious pressure for athlete physiologically and psychologically. The increasing psychological pressure will have a serious impact on the game state, and thereby affects the athlete to play, which is not conducive to improving the performance of athletes and meanwhile it also causes serious losses of the national manpower and materials. The purpose of this study is to analyse movement old medical trauma severity recurrence relations with exercise. Therefore, strengthening the research on the sports injury has become an important topic. The author analysed the situation of injury and exercise intensity of 4000 students who came from different sports institute during the period from January 2015 to December 2015 in detail and then made an effective analysis of the relationship between the severity recurrence of old medical injury in exercise and exercise intensity. 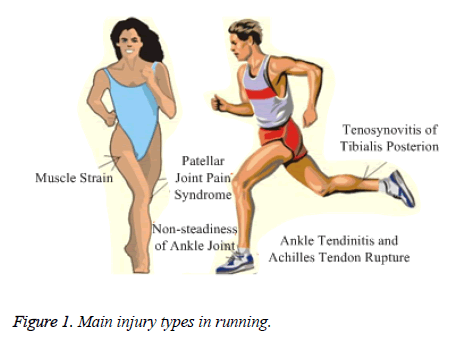 During the period from January 2015 to December 2015, we preceded effective analysis of 4000 students in different sports college, and then carried on the effective analysis of the relationship between the severity recurrence of old medical injury in exercise and exercise intensity. Our inclusion criteria and exclusion criteria refer to this document [10]. Among all the subjects, there were 2980 male and 1020 female athletes. Among all the athletes, the maximum age was 24 y old and the youngest was 18 y old as well as the average age was (20.2 ± 1.1 y old). All the injured were in hospital within 24 hours and most of the patients had severe old medical injury. All the athletes involved in studies are healthy and did not suffer from heart and lung disease and other types of serious disease. Patients were in normal blood and there were no injuries before carrying out the research and during the process of development. It was no need for patients to do intense exercise before the test and prior to test. Meditation management was conducted and the change of heart rate was controlled below 5%. This research was approved by the Ethical Committee of Jilin Institute of Physical Education according to the declaration of Helsinki promulgated in 1964 as amended in 1996, the approval number is 2015003.

CT (SIEMENS, Berlin, Germany), B ultrasound (SIEMENS, Berlin, Germany) and ECG (PHILIPS, Amsterdam, Netherlands) detection were conducted for all the participants and the different motion parts of the athletes were checked effectively to examine if there were significant differences in injury of male and female athletes. Athletes’ sports injury among the population were recorded and the gender, age and blood glucose changes were taken as a linear regression variables to conduct necessary regression analysis by using corresponding reference standard of variables [11]. Figure 2 is the figure of CT test extracted from the selected researchers. 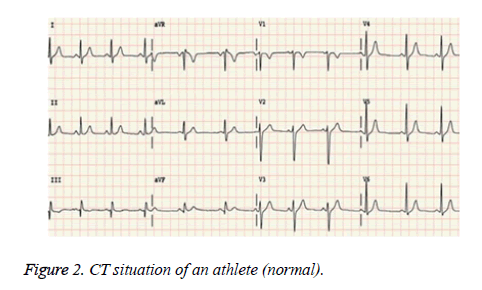 The blood glucose, blood pressure, age, gender and cardiac abnormalities of all participants were analysed. The relevant data was accurately analysed by using linear regression equations and the correlation data was obtained, which was the relationship between old medical injury in exercise and exercise intensity. 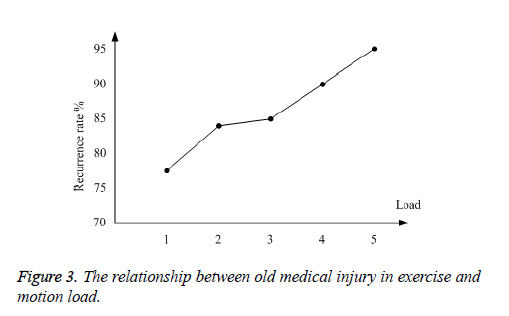 Figure 3: The relationship between old medical injury in exercise and motion load. 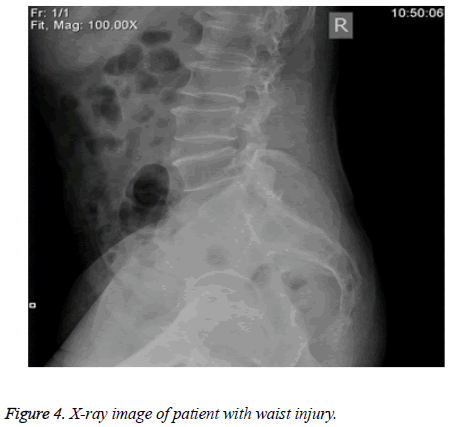 To sum up, in the process of exercise, due to insufficient preparation or some other objective factors, it will lead to injury in parts, such as body or pipe in the process of training and competition for athletes, which are known as exercise injury. The exacerbation of serious degree for the recurrence of old medical injury will seriously affect the health of athletes. The effective analysis of recurrence degree for old medical injury can be used to reflect corresponding exercise intensity and effective research on the athlete's physical load will have an important impact on competition results, health and career of athletes. So, in the process of athlete's daily training, attention to recovery of old medical injury can let the coaches and athletes attach more importance to the significance of sports injuries, so that it can focus on training methods and improve the training quality in daily training, and it also can effectively improve the performance of athletes and extend the athlete's career.