#These authors contributed equally to this work as co-first author

Objective: To treat the severe craniocerebral trauma patients by using early tracheotomy and explore the influences on clinical effects and relevant indexes.

Methods: 76 severe craniocerebral trauma patients in our hospital were randomly divided into the control group and the observation group, each 38 cases. The control group was given tracheotomy after 24 h, the observation group was given tracheotomy within 24 h. Compared clinical effects, neurological deficit score improvement, pulmonary infection and so on of patients in two groups before and after treatment.

Conclusion: The clinical effects of early tracheotomy on severe craniocerebral trauma patients are obvious. It has wide application value in clinic, which needs further application.

It was diagnosed as severe craniocerebral trauma according to clinical data. 76 cases included after screening. All admitted patients met diagnostic criteria, of which, there were 37 males and 39 females. After screening, they were randomly divided into the control group and the treatment group. The age of all patients was from 61.0 to 76 y old. The average age in the control group was 65.2 ± 6.4 y old. The observation group was 67.0 ± 6.3 y old. It has been approved by ethics committee in hospital and signed on consent form. Comparison of general data of sex, age etc. between groups, P>0.05, there were statistical differences. It had comparability.

The conditions of all admitted patients in the control group and the observation group were given close observation, routine therapies of oxygen intake, cranial pressure lowering, antiinfection, nerve nutrition, nutrition support etc. timely. Pulmonary infection patients were given phlegm cultivation, and selected sensitive anti-infection according to drug sensitive test result. The treatment group was given tracheotomy after 24 h of trauma. The control group was given tracheotomy after trauma. The patients selected supine position when they were given tracheotomy. Patients took pyposokinesis position as much as possible. Trachea should be close to skin. After local anesthesia, selecting the part from lower part of cervical medial cricoid cartilage to upper part of thorax to cut a longitudinal incision, cut open skin and subcutaneous tissue layer by layer. Cutting open trachea after separation of tissue before trachea. Cannula was intubated into trachea. Trauma management was the last procedure. Symptoms improvement conditions of patients in the observation group and the control group during whole treatment process were observed [4,5].

Total effective cases were included into this evaluation system after treatment, compared with the control group, incidence rate of adverse conditions (including wound healing, epilepsy, infection and hydrops) decreased obviously, there were statistical differences between groups (P < 0.05, Table 3).

Severe craniocerebral trauma as a kind of acute traumatic common diseases of neurological surgery department, often accompanies with increased acute craniocerebral pressure, it also as a kind of common symptoms after craniocerebral trauma. If craniocerebral injury patients are not given treatment timely, it will cause cerebral blood circulation dysfunction, decreased cerebral perfusion pressure, insufficient cerebral blood circulation, cerebral compression, brain shift, cerebral metabolic dysfunction, even cerebral hernia etc., it will induce respiratory failure, finally death. Improper control will cause cerebral swelling, consciousness dysfunction, degeneration and atrophy of neurological tissue, which will induce cerebral diseases, threat health of patients [6-8]. Craniocerebral injury will cause inducing factors, such as condition degree, physiological and pathological factors and others. It not only needs to monitor hematoma and cerebral edema in intracrania, also has significant value on treatment and prognosis evaluation. In clinic, its condition is rapid, complications are multiple, treatment is relatively difficult, disability rate and death rate are really high, which threat life safety of patients severely [9,10]. Therefore, treatment methods are the key of solution. Tracheotomy as a kind of relatively simple minimalinvasive tracheotomy has been applied to the clinic widely. Tracheotomy is a kind of surgery that can cut open trachea in neck, then putting metal trachea cannula into it, which will lower anatomical dead cavity of patients, enhance ventilation of alveoli properly, reduce airway obstruction, further improve hypoxia of various organs and tissue of whole body. 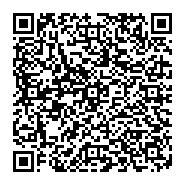