Alteration of haematological parameters among patients with dengue infection.

Background: The objective of the present study was to evaluate the haematological parameters as screening markers for differentiating patients with dengue fever, and non-dengue fever. Methods: This study was a retrospective case-control study in Tak Province, Thailand. All data of patients suspected with dengue infection during January 2013 and December 2015 were retrieved anonymously from computerized medical records included demographic data, medical history, and laboratory results. For statistical analysis, a normal distribution of continuous data was determined using the Kolmogorov-Smirnov test. Continuous variables were compared using the Mann-Whitney U test. Continuous variables were categorized following laboratory or usual cut-off values. Categorical variables were analyzed using Fisher’s exact test or chi-square test. All analysis was performed by SPSS v.11.5 Chicago: SPSS Inc. Results: The result showed that among 376 suspected patients with dengue infection, WBCs, neutrophils, monocytes, eosinophil’s, MCV, and MCH were significantly lower in patients with DF as compared to patients with non-dengue (p value<0.05). RBCs count were significantly higher in patients with dengue infection (4.99 × 106 /µL vs. 4.91 × 106 /µL; p value=0.039). Platelets count were significantly lower in the patient with dengue infection compared to patients with non-dengue infection (75,000 × 103 /µL vs. 86,000 × 103 /µL; p value=0.042). Conclusion: Alteration of haematological parameters can combine with other clinical and laboratory markers which will help physicians to early diagnosis of dengue fever on the first day of admission to help closely monitoring patients with dengue and prevent developing dengue haemorrhagic fever (DHF).

Dengue fever (DF) is caused by one of the four serotypes of the dengue virus including DEN-1, DEN-2, DEN-3, and DEN-4. This virus is an arbovirus or arthropod-borne viruses that belong to the genus Flavivirus of the family Flaviviridae [1,2]. Dengue have a variety of presentations, ranging from asymptomatic to an undifferentiated fever (dengue fever, DF) to the more severe forms such as dengue haemorrhagic fever (DHF) [3]. According to estimates of the World Health Organization (WHO), about 50 million cases of DF occur annually worldwide and 2.5 billion people live in risk areas [4].

Nowadays, laboratory techniques to confirm dengue infection are detection of viral nucleic acid and viral antigens/antibodies. The detection depends on phase of illness. At the beginning of the illness, the virus can be detected in serum, plasma, circulating blood cells and other tissues for 4-5 days. This onset of illness, virus isolation, and nucleic acid testing or antigen detection can be performed to diagnose the dengue infection [5,6]. In routine screening test of dengue, a rapid dipstick test of Dengue non-structural protein 1 antigen (NS1 Ag) Strip will serve as a useful diagnostic tool [7]. NS1 Ag, a highly conserved non-structural glycoprotein secreted by virusinfected cells, was found to increase during the acute phase of DF infection [8]. Other than antigen detection, at the end of the acute phase of infection, antibody detection is the method of choice for diagnosis [6]. However, antibody detection may take several days [9].

A previous study has showed that leukopenia is the most prominent haematological change with counts of less than 2 × 103 /μL [10]. Moreover, thrombocytopenia can occurred in 88% of the cases [10]. The decreasing platelet counts have found to predict the severity of the disease and were associated with increased haematocrit, increased liver enzymes, altered coagulation profile [11]. Early distinction between dengue and non-dengue could help clinicians to identify patients who should be closely monitored for signs of DHF because of only patients with severe DF and DHF cases should be hospitalized. The objective of the present study was to evaluate the haematological parameters as screening markers for patients who come to the hospital for dengue diagnosis. This will help identify patients with dengue fever from non-dengue fever in order to could help the physician in better management of those patients.

Demographic data of the study population

Haematological values of the study population

*Comparison of 2 groups using The Mann-Whitney U Test

In the present study DF was more common in females (55.5%). This is in accordance with a study in Delhi, India indicated that Dengue seropositive was found to be significantly associated with the female gender [10-12]. However, general studies both sexes are equally affected although a male to female ratio of 0.65:1 [13]. Some studies found twice the number of male patients infected with dengue compared to females [14,15].

DF was more common among the paediatric age group the largest proportion was seen in the age group of 9-25 years. This was in accordance with previous reports in Thailand indicated that the age group with the highest incidence changed from those aged 5-9 years to those over 15 years of age [16-18]. This finding was consistent with the idea that the observed age shift might be a consequence of the demographic transition in Thailand.

This study, lower RBC count, MCV, and MCH in patients with dengue were observed. This never been reported in any previous studies. This could be explained by occurring of haemolyticanaemia in dengue infected patients. However, haemolyticanaemia in dengue fever is considered rare and has been described in case reports in Malaysia, Sri Lanka, India and in a British traveller [24-27].

This study, lower platelet count was observed in patients with dengue compared to non-dengue. This is in accordance with a previous study indicated significantly lower platelet [3]. According to the results, low platelet count is one of the criteria for diagnosis of DHF [5]. The ration behind thrombocytopenia among patients with dengue is currently unknown. However, previous studies indicated decreased production of platelets in DF and increased destruction of platelets in DHF [19,28].

The previous studies indicated that routine laboratory markers help to reduce the cost for laboratory diagnostic screening [20,29]. In routinely diagnosis of dengue infection, dengue non-structural protein 1 antigen (NS1) is an antigen presenting in sera of dengue patients during acute phase of infection and responsible for pathogenesis of dengue [30]. NS1 Ag strip has a rapid, sensitive, and easy to use for the early diagnosis of DF at the presentation [31]. Moreover, several commercial kits available on the market for detecting anti-dengue antibodies such as Immunochromatographic test (IgM/IgG detection) [32,33]. This study found that routine laboratory markers including MCV, neutrophils, MCHC, and lymphocytes are useful in detecting laboratory-confirmed dengue infection. This predictive technique could be used to decide the priority of NS1 Ag strip.

There are several limitations in this study. Firstly, this study was the retrospective and single based-hospital might not reflect the large groups of dengue patients. However, these results may provide useful routine laboratory markers for diagnosing dengue in endemic area,which may help alertness of medical technologist or medical sciences technician performing dengue diagnosis as no single laboratory marker available for predicting DF infection [34].

Alteration of haematological parameters can combine with other clinical and laboratory markers which will help physician to early diagnosis of dengue fever in the first day of admission to help closely monitoring patients with dengue and prevent developing dengue haemorrhagic fever (DHF).

The retrospective use of anonymous patient files was authorized and approved by the PhopPhra Hospital and the Ethical Clearance Committee on Human Rights Related to Researches Involving Human Subjects of Walailak University. All data collected retrospectively were anonymized in a standardized case report form and in the database. The written informed consent could not be obtained from individual patients as theauthors collected retrospective data from the hospital. In this case, this manuscript, age and sex were not show to hold the anonymity of the patients.

The datasets used during the current study are available from the corresponding author based on reasonable request.

The authors declare that there is no conflict of interest regarding the publication of this article.

This research was partially supported by the new strategic research (P2P) project, Walailak University, Thailand. The funders had a role in the collection, analysis, and interpretation of the data.

MK, KK, BP, NP, and WP participated in the study design, data analysis, and writing of the paper. All authors read and approved the final paper.

The authors would like to thank all published research that contributed to the data used in this study. The authors are also grateful to Mr. David C. Chang for editing the grammar of this manuscript. 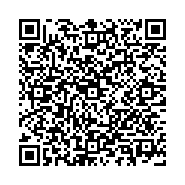