Alert for upper airway stenosis in a child with fixed obstructive airways pattern at spirometry.

Ugan et al. [1] reported an interesting case of 40-yearold female affected by Granulomatosis with Polyangiitis (GPA) that developed a Subglottic Stenosis (SS) in the remission period. Patient reported hoarseness and developed stridor. Laryngoscopy confirmed constriction in the subglottic region. Although life-threatening and plays an important role in morbidity, patients may show progressive Subglottic Stenosis (SS) even in the remission period. Authors argue that it can be the first and only symptom of the SS disease despite being very rare. 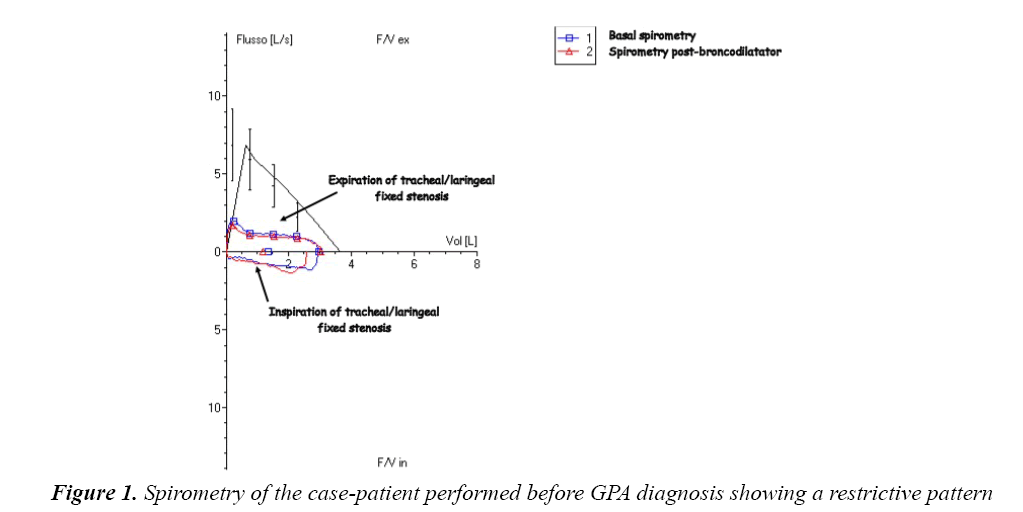 Figure 1: Spirometry of the case-patient performed before GPA diagnosis showing a restrictive pattern

A clear improvement of quality of life has followed the medical therapy. From a clinical viewpoint, during which the girl was followed-up, no asthmatic symptom was reported. The patient is now under regular follow up with no evidence of stridor, dyspnea or airway obstruction symptoms. One month after the medical treatment, flexible fiberoptic examination showed a 50% reduction of the subglottic stenosis.

Spirometry, addressed to bronchial involvement in adults, is a challenging technique to initial and follow-up investigation of high airways obstruction in patients with GPA [2]. SS is five times more common in children with GPA than in adults, presenting at any age regardless the disease severity and duration. In a 20-year-old girl with GPA, laryngotracheal stenosis was misdiagnosed for 6 years as asthma although multiple spirometry showed an unmistakable pattern of upper airway stenosis and minimal reversibility to inhalant bronchodilators from the age of 14 years [3]. GPA is a rare disease with 8 cases/million/year. The disease presents as a triad of respiratory, vascular or kidney location and is unusual in paediatric population, with worse prognosis. Diagnosis is often delayed for years because of unclear/insidious manifestations at earlier stages. This case may be educational when considering the differential diagnoses of recurrent stridor and sleep apnea episodes. Subglottic stenosis has been reported as a significant consequence of upper airway involvement of GPA [4,5]. The diagnostic values of spirometry, laryngoscopy and magnetic resonance imaging for GPAcaused subglottic stenosis were also reported [6]. Informed consent was obtained by parents.

Given the feasibility, we hope that the spirometry can be addressed at diagnosis and follow-up of GPA to alert for high airways obstruction and we look forward to more comprehensive literature data and experiences from other Centres with skills in this disease.