Aggressive Angiomyxoma: A Rare Cause of a Vulvar Mass

Aggressive Angiomyxoma (AA) is a benign, locally invasive myxoid tumor primarily found in the pelvic and perineal region [1]. First officially identified and described by Steeper and Rossai in 1983 with a case report of 9 large, aggressive masses, it is a relatively rare condition with only 250 total cases reported in literature [1,2].

Arising mainly from connective tissues of the lower pelvis or perineum, AA is most commonly found in premenopausal women with peak incidence being in the third to fifth decades of life [2,3]. While largely benign, it has been found to have a local recurrence rate as high as 30-72% and there have been two reported cases of metastases and death [1]. Patients with AA will most often clinically present with a pedunculated polyp or a polypoidal mass [4]. Due to the rarity of AA, 80% of cases are misdiagnosed as Bartholin’s cysts, lipomas, or even hernias [2]. Misdiagnosis results in improper and delayed treatment that ultimately impacts patient health.

Histologically, AA is a hypocellular mesenchymal neoplasm. It has been found to have minimal mitotic activity with bland nuclei and scattered spindle cells with blood vessels embedded in the myxoid matrix [3]. Pathologic misdiagnoses are often for angiomyofibroblastomas, fibroepithelial stromal polyps and cellular angiofibromas due to immunohistochemical (IHC) overlap [2]. IHC tests have commonly demonstrated that the tumors test positive for desmin, vimentin and smooth muscle actin, but usually test negative for S-100. They are also routinely positive for estrogen and progesterone receptors, suggesting a potential hormonal role in development [5].

While select cases have shown promise using gonadotropinreleasing hormone (GnRH) agonists as treatment, surgical resection remains the most effective, with recurrence often linked to incomplete excision. However, because of the size and aggressive infiltration of AA, surgical resection can result in significant patient morbidity, and no standard of treatment exists at this point. Here we report a case of AA of vulva with a brief review of literature [3]. A 31 year old G6P6 otherwise healthy female presented to her gynecologist office with a mass in her R labia. The gynecologist felt this may represent a hernia and referred the patient to our office for work up. The patient had no complaints about this mass and denied any pain. On examination she was found to have a palpable, nontender 8 cm soft mass on her right labia majora. Patient denied any fevers or chills. She had no change in weight or bowel habits. She did not have an appreciable inguinal mass of defect on exam. Excision of the mass by simple vulvectomy was recommended.

The patient was taken to the operating room by her gynecologist for vulvectomy. At the time of exploration, a large cystic, spongy lesion was identified. This appeared to mimic the appearance of intestines and a general surgical consult was called. Surgical exploration of the inguinal canal found no evidence of a hernia, and a right partial vulvectomy was then completed. Gross examination revealed a 12.0 × 6.0 × 2.5 cm spongy gray/whitish mass with a focal slight whorled pattern (Figures 1 and 2). Pathology was consistent with an AA with positive margins. IHC staining revealed the tumor to be vimentin, estrogen, progesterone and desmin positive. This patient is currently being monitored for recurrence using MRI as the primary imaging technique.

Steeper and Rosai were the first to document AA, reporting 9 cases of distinctive mesenchymal neoplasms presenting in the pelvis and perineum of young females [6]. Currently, there have been 250 reported cases in the world literature, most of which are case reports demonstrating AA of the pelvis, peritoneum and vulvar areas. While exact AA pathogenesis is still unknown, chromosomal abnormalities leading to a translocation in the region of 12q 14-15 haven commonly been found across most cases [3]. Pathology has been shown to be consistent with a gelatinous, gray tumor, often with many cells in a myxoid stroma along with spindle and stellate cells. There have been documented cases of AA in men appearing in analogous sites such as the scrotum and inguinal area; however there is a 6:1 ratio of occurrence in females to males [1].

The largest known case report is from Fetsch et al. [7] who performed a clinicopathologic study of 29 female patients with the diagnosis of AA from The Armed Forces Institute of Pathology database. The specimens were evaluated based on gross microscopic pathologic features, including mitotic rate. They found that most of the tumors were greater than 10 cm in size with lobulated architecture, sharp margins and low to moderate cellularity. Common descriptive phrases include: soft, rubbery, glistening pink or red external surface and a gray, white or pinkish tan cut surface. IHC staining was positive for desmin, smooth muscle actin, vimentin, estrogen and progesterone and negative for Ki-67 and S-100. Of the 29 patients, 8 experienced local recurrence anywhere from one to eight months post-resection. Using the literature that has been reviewed, approximately 40.8% of patients develop a recurrent AA. Common factors that have been shown to contribute to recurrence include positive resection margins and larger sized tumors. High recurrence rates have also been shown to be related to preoperative misdiagnosis and tumor locations in which complete resection poses a significant challenge.

Originally, it was thought that AA did not metastasize, however, recent data in two reported cases has suggested otherwise. Siassi et al. [4] reported a case in 1999 in which extensive metastasis occurred throughout the peritoneum, lungs, and lymph nodes. Blandamura et al. [8] also reported a case in which a 34 year old patient developed lung metastasis and subsequently succumbed to her disease after multiple relapses. Since then, multiple other reports have noted the metastatic potential of AA to the lymph nodes, lungs, small bowel, bladder, adnexa and rectum. While there have only been two reported deaths to our knowledge, multiple studies have been conducted through pathologic databases without significant followup to assess the likelihood of mortality.

Although AA is not classified as a cancer, it is a rare tumor that behaves similarly and is often preoperatively misdiagnosed by clinicians. Therefore, a high index of suspicion is needed for any spongy mass presenting in females in their second to the fourth decade of life.

If AA is suspected, preoperative imaging is necessary in order to plan the extent of the surgical resection. After reviewing the records of 10 patients with AA from three institutions, Outwater et al. [9] found that a CT scan and MRI were able to accurately predict the tumor’s extent. More recently, Wu et al. [10] conducted a study in which the value of CT and MRI imaging techniques was evaluated. These studies concluded that an MRI is superior to a CT when determining the relation of the tumor to the pelvic floor, but overall both CT and MRI have the ability to show the extent of the tumor that cannot otherwise be seen by physical examination. The distinct, internal architecture of the tumor (swirled and layered tissue within the tumor) was visualized using these imaging techniques in both studies.

Currently, radical resection with negative margins appears to give the best outcomes and be the best course of treatment for patients with AA. Radiotherapy and chemotherapy have both been shown to provide no benefit due to the tumor’s low mitotic activity. Hormone therapies using GnRH agonists have shown relative success in reducing tumor size in cases where surgical resection is not feasible. When used, GnRH lowers estrogen levels due to over-stimulation of the pituitary gland and eventual desensitization to the GnRH [3]. There have been multiple reports in the literature of complete radiographic remission of tumors with the use of GnRH agonist therapy with leuprolide acetate (Lupron) and goserelin (Zoladex), however, these studies lack long-term follow-up regarding these medications and their side effects which may cause patients to stop the treatment.

Ultimately, algorithms have been proposed for attempting to decide which treatments are best in certain cases. Through their retrospective review of seven patients, Han- Geurts et al. [11] suggested that radical surgery does not lead to a significant lower recurrence rate, casting doubt on its necessity. Sourrouille et al. [2] concluded that surgery is normally sufficient in benign tumors, but that incomplete resections or other approaches do have merit in some cases where complete resection poses an unnecessary risk. Overall, both studies found that the treatment of AA does require a multidisciplinary approach in which multiple options are considered [12,13].

If this patient is found to have recurrence on MRI there is some controversy as to what the appropriate management should be. For cases where re-excision is feasible this appears to be a safe and viable option. However, for cases that present with higher risk GnRH antagonists may be used to inhibit growth. Increasing understanding of this rare disease will allow for better treatment strategies. Currently, a multidisciplinary approach is integral to manage these patients. 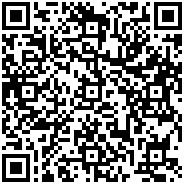