Traumatization, the operative infliction of a trauma/ traumatic event, may be described as the process(es) through which the criteria of posttraumatic stress disorder (PTSD) are achieved. Trauma or a traumatic event stems from an overwhelming/excruciating bombardment of extreme stress that exceeds individuals' ability to cope, or integrate the cognitive-climate involved with that or those experience(s). Psychologically traumatic experiences often involve physical trauma that threatens individuals’ survival and sense of security with highly detrimental consequences for brain and CNS development [1]. In a group of childhood trauma survivors of foster care settings, trait anger, anger rumination, emotional abuse, and PTSD re-experiencing symptoms were expressed repeatedly with anger rumination related to meaningful past events as the central factor [2]. Tonic immobility, a temporary state of motor inhibition which is elicited in the context of inescapable threat and perception of entrapment, presents an involuntary motor and vocal inhibition reaction, considered the last-ditch response of the defensive cascade model. PTSD patients with high self-reported tonic immobility may offer a distinct stress response pattern, i.e., a proneness or predisposition to be afflicted by immobility. It presents a state of physical immobility associated with extreme stress and the development of PTSD and peritraumatic tonic immobility renders a massive link to sexual trauma, especially in child sufferers but strongly too in adolescents and adults, than to other types of trauma experience in the general population [3]. In a group of women (n=46) exposed to unwanted childhood sexual contact, negative beliefs about the self independently mediated the relation between peritraumatic perceptions of inescapability and PTSD [4]. Among a population of young, healthy adults selected for childhood abuse-threat, and in comparison with an un-abused control group, it was observed that there was less gray matter in the female participants within the visual posterior precuneal region following both subtypes, abuse-threat and deprivation, of childhood abuse than controls whereas the male participants showed a lesser volume of gray matter in the postcentral gyrus after childhood deprivation compared with abuse [5]. Childhood trauma exposure as flooding, earthquakes and rainstorms victims in China exerted a direct and positive association to depressiveness and PTSD arising from sleep problems, social support and resilience, fear and ruminations, self-esteem and hope and negative cognitions [6-11].

Among a group of Palestinian children, it was observed that that 43% of those participating reported playing or visiting a nice place as earliest memories, and about one third (30%) of the traumatic events or accidents (30%) or miscellaneous events (27%) linked to the memories [12]. The individual and social orientations of these children were almost equally common, the emotional tone mainly neutral (45.5%), with 60% remembering a specific event/episode. Furthermore, the boys remembered a greater number of earliest memories involving traumatic events or accidents, whereas girls remembered more social events. Finally, the trauma of war was associated with reduced positive emotional tone and with greater specificity of these memories. Childhood trauma has been found to provide the origin for multiple expressions of psychopathology [13-15] whereas the reverse holds true even if there is a lack of awareness [16] i.e. higher recalled levels of benevolent childhood experiences predicted less PTSD symptoms and stressful life events together with much fewer adverse life events. A powerful relationship between ‘negative affect interference’ and hedonic deficit, on the one hand, and, on the other hand, expressions of anhedonia, positive-negative affect regulation problems, negative affect, and presence of neuroticism [17]. Childhood traumatic experiences are associated both with exacerbated negative affect liability, serious clinical depression, schizophrenic and psychotic episodes and bran responding to negative stimuli, i.e. negative versus positive facial expressions [18-21]. Certain evidence appears to imply that prior to and during the point of ‘transition’; affective symptoms contribute the mediatory pathway bridging the transition from sexual trauma to prodromal and full-fledged psychosis [22]. It has been shown also that maladaptive/self-destructive cognitive behavior, negative cognitive and coping styles mediate associations between childhood trauma and neuropsychiatric consequences [23,24]. Rumination, the tendency to fixate constantly upon negative emotions/feelings and continually think about (ruminate) upon causation, implications, coping failures and ramifications, often with childhood or adolescent emergence has been implicated as an underlying mediator of affective disorders [25-27]. In a study of the mediatory role of rumination as the connecting association between childhood trauma and anxiety-depressive mood states, including affective liability, 207 participants (non-clinical) responded to the childhood questionnaire, the Ruminative Response Scale, the Beck Depression Inventory, The State Anxiety Inventory and the Affective Liability Scale [28]. The authors observed that rumination presented a notable mediatory association between childhood trauma and anxiety-depression with a direct relationship between the different mood states and rumination that was most pronounced among the female participants [29].

Childhood trauma bestows manifold risks driving the maladjusted neurodevelopment of psychiatric disorders in multifarious domains. The prevailing notion that adverse childhood experience, excessive normal experience, is induced through an excess of stress hormones upon synaptic formation and neuronal pruning such that neurodevelopmental pathways are disrupted with consequential structural and functional predispositions to the pathophysiology of brain disorders [30-32]. Adult participants presenting childhood trauma displayed reduced regional homogeneity in the bilateral superior temporal gyrus and insula, and the right inferior parietal lobule, together with elevated regional homogeneity in the right cerebellum and left middle temporal gyrus that was associated with disturbances of intrinsic brain function, and in particular dysregulation of the default mode network [33]. Hippocampal, anterior cingulate cortex and/or prefrontal cortical dysfunction due to hypothalamic-pituitaryadrenaline (HPA) abnormalities elicited by emotional and stress upheaval following childhood trauma and/maltreatment has been observed also [34-37]. Taken together, thereis available a plethora of evidence that childhood adverse experience is linked to later brain structural abnormality, neuropsychiatric expression and epigenetic-neurochemical biomarker dysregulation [38-41]. Thus, the anterior cingulate cortex volume was reduced markedly among the PTSD participants in comparison with healthy controls [36]. In a group of 47 schizophrenic or schizoaffective patients it was found that the total Childhood Trauma Questionnaire scores were associated positively with the activation of the posterior cingulate cortex/precuneus with another positive association between the childhood trauma exposure incidents and the activation of the dorsomedial prefrontal cortex with a negative association with activation between of the anterior section of the tempero-parietal junction and trauma [42], thereby disclosing functional alterations in a Theory-of-Mind task.

The emotional Stroop task, measuring participants’ response times to name colours of negative words, induces an effect involving the attention and slow response times elicited by words with ‘emotional-relevance’ to the individual tested thereby offering estimations of clinically-convictive words and associations, particularly in the context of PTSD [43,44]. Further, it has been registered that exposure peer verbal abuse during the individual’s childhood years induces an aversive stimulus that is later associated with meaningful functional changes within the emotional regulation network, by the expression of a hypersensitivity/oversensitivity to swear words, during middle adolescence with concomitant functional alterations to the ventrolateral prefrontal cortex [45]. Female participants, aged 23 to 30 years, presenting a background history of childhood abuse (n=15), or no abuse (n=17), displayed reduced engagement of the frontal-parietal regions appertaining to cognitive control mechanisms and the higher level of engagement of a ventral attention-surveillance network during presentations (blocks) of both, clinical and non-clinical versions of the Emotional Stroop task [46]. Furthermore, these participants exhibited a lower level of suppression of those brain regions involved in self-referential processes, the interpretation of incoming information in relation to oneself through applications of one’s self-concept as a background template for the new information, for threat blocks, but higher levels of suppression of these regions for the positive blocks. The severity of displayed avoidance symptoms was linked to the sustained activation of the lateral prefrontal regions, while, contrastingly, hyperarousal/reexperiencing symptoms were linked to the sustained activity of temporal regions. In a population of automobile accident sufferers (n=194, 36.64 ± 12.3 years), the pictorial version of the Emotional Stroop task was applied [47]. They authors obtained marked and specific elevations of reaction times associated with the presentation of trauma-related material with an age effect by which the older group failed to display the reaction time increase. Negative cognitions and mood instability following PTSD may predict eventual alcohol and other substance abuse disorders [48].

In conclusion, childhood adverse environments and/ or trauma and abuse develops invariably into a wide range of maladaptive behaviors that may be identified through their negative cognitive-emotional consequences whether or not the individual afflicted present clinical or prodromal diagnoses extending from substance abuse and clinical depression, borderline personality to psychosis and schizophrenia spectrum disorders. Movement disorders, including peritraumatic immobility and involuntary dyskinesia, cognitive expressions, such as rumination, negative cognitions, and word recall, and emotional features involving the stroop emotional effect, mood instability and anxiety-depressive affective state. Regional structuralvolumetric and functional alterations extend over prefrontal areas, involving dorsolateral, dorsomedial and ventrolateral projections, anterior and posterior cingulate cortex, frontoparietal regions and the temperoparietal junctions following childhood maltreatment and traumatic experience; an interference to normal development that is far-reaching, far-ranging and permanent in its destruction and consequence. 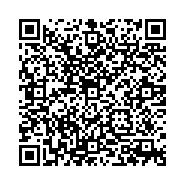