Advances in Dental-PMMA based artificial teeth through Rapid Prototyping technology.

Rapid prototyping (RP) is a suitable manufacturing technology for structures with very high geometric complexity and it has heavily undercut features, which cannot be fabricated easily through traditional manufacturing methods. There are various Rapid prototyping techniques such as fused deposition modeling (FDM), selective laser sintering (SLS), 3D printing, and stereo-lithography (SLA), have been used in a number of applications for the fabrication of polymeric and ceramic cellular solids. The main advantage of using selective laser sintering processes is high feature resolution which could be achieved, unlike the other Rapid prototyping processes. Though various materials like metals, composites like nylon/glass, wax, cermets, steel, ceramics, powders of metal-polymer, alloys and polymers are fabricated through rapid prototyping process, the progress of computer-CAD modeling systems in a decade made this technology commercially viable and in the recent researchers found that the Rapid prototyping technology is suitable for any type of material which can be pulverized in the form of powders. Therefore, this study presents a layer additive process for fabricating an artificial teeth model with PMMA material.

Acryl-ate polymers are used widely in medical particularly in dental field. PMMA has lofty surface resistivity, resistance towards moisture and weathering, water clear colour, very towering strength, better flexibility, superior dimensional stability. Because of its excellent physical and chemical properties PMMA material is used in various applications. Micro particle affords a good resolution in order to enhance the dispersion of polymer in SLS. Properties of PMMA are revealed in table-1. 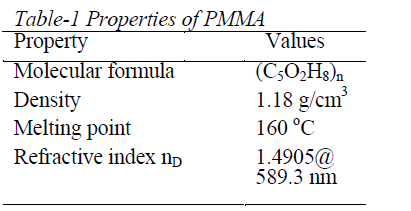 The bio-material which is used for rapid prototyping was being prepared in a slurry type which paved convenient layer over layer.

The ingredients of Rapid prototype biomedical material slurry are PMMA bio-polymer powder with an average particle size of 8 micrometers and silica sol as a binder provides a superior bond after laser sintering process. In order to provide adequate suspension, if we reduce the viscosity of this slurry, then the teeth will have more deflection. On the other hand, the viscosity of this slurry is high. The un-bonded slurry is removed after radiating through a laser beam.

Carl Deckard from University of Texas found that polymer powders can be selectively sintered using a laser beam in order to create complex solid objects in 1987. SLS is a metal addition process that uses 3D printing technology where the power source is laser in which it directs the laser beam at the points defined by the designed CAD (Computer Aided Design) model in order to sinter the powdered PMMA material and binds the biomaterials to form the finishing product. In the process of SLS (Selective Laser Sintering), a fine polymeric powder (PMMA) is made to spread on the substrate with the help of a roller shown in figure-1. Before initiating the process, the complete bed temperature was raised just below the melting point by IR-heating. 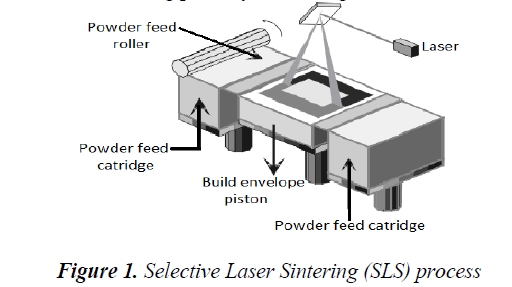 This helps in reducing the thermal distortion and facilitates the fusion of the previous layers. The laser was modulated in such a way that the grains that were in contact with the beam are only affected. Then the process was started and laser scanning cures a slice and bed are lowered so that the PMMA powder feed chamber was raised and envelops the powder. With the aid of a counter-rotating roller, the powder was spread evenly over the build area. The main advantage of this SLS process is that the support structures are not at all required because of the un-sintered powder that acts as a support structure. And this powder can be cleaned away easily and it is also recycled after the model was completed.

A rapid prototyping machine has been planned and developed for the fabrication of the artificial human teeth on the bio-material PMMA through selective laser sintering (SLS) technology by the following steps:

a) A slurry of biomedical PMMA coat was paved with the layer of hoisting platform and scrimped to control layer flatness and thickness by the layer.

b) The paved layer of biomedical PMMA slurry was selectively radiated by the Nd: YAG laser beam and bonded to form a solid layer.

c) The solidified layer on the hosting platform is moved down to a layer of 0.1mm thickness.

d) The steps (a) to (c) are repeated again. A number of solidified layers are shaped to build biomedical PMMA part.

e) The un-bonded slurry is removed by passing through the clean water and the PMMA based teeth were constructed.

Replacement with the artificial teeth

Teeth are an important part required for us to perform several physiological functions throughout the ones life span. Human tooth is comprised of hard tissues known as enamel and a dentine with an inside core of affluent vascular, soft and a very delicate pulp tissues. Each and every human being gets one set of 32 permanent teeth that is meant to the function of whole life. In case, if they are lost because of peculiar disease or through trauma, teeth will not be regenerated and has to depend on restoration using synthetic biomaterials.

Though the human teeth have extraordinary mechanical properties, it is impossible for human teeth to be free from the wear and tear or from the damages in one’s life. In such a situation, the intervention of bio-materials manages to restore the functioning. The damage to human tooth may be because of the change in temperature, pH fluctuations and various micro and macro organisms could affect the tissues and teeth.

The main work of human teeth is to chew the food particles which are achieved by applying forces over the teeth million or billion times over a cycle in a year. By applying such more forces, will affect the teeth and results in wear and tear. In such a case bio-materials are required and replacement can be taken down. 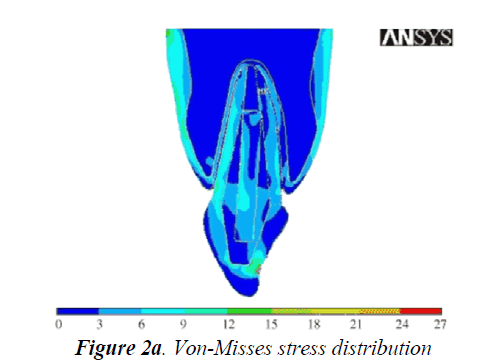 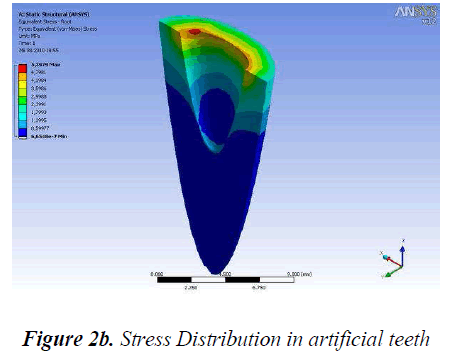 PMMA biomaterial is one of the suitable materials for replacement of human teeth. Human teeth can bear and wear the load applied while biting whereas the artificial teeth made of PMMA can also bear load and could withstand the body conditions like the natural teeth of human. Problems like dental diseases, failure of taste sensation and gagging are also been reduced while using the PMMA artificial teeth. Compared to other artificial teeth made up of ceramics, cost of the PMMA teeth is much lower.