Objective: To explore the influence of Advanced Oxidation Protein Products (AOPPs) on vascular endothelial cells proliferation and apoptosis and the role of Nrf2 pathway in the process.

Methods: Different concentrations of AOPPs were used to treat vascular endothelial cells (HUVEC) for 12, 24 and 48 h. Vascular endothelial cells were treated with high, middle and low concentrations of AOPPs for 24 h and flow cytometry was used to determine the changes of cell cycle, apoptosis and reactive oxygen species. Western blotting was used to determine the protein expression of Caspase 3, Caspase 8, Caspase 9, Nrf2 and its downstream gene HO-1.

Conclusion: In atherosclerosis, AOPPs could induce the apoptosis of vascular endothelial cells and inhibit the proliferation by activating Nrf2 pathway.

Atherosclerosis is nowadays generally accepted as an inflammatory disease. It is known that local inflammation occurs during the formation of the plaques, as macrophages and other immuno-competent cells are present in the lesions from an early stage [1,2]. Recent advances in basic science have established a fundamental role for inflammation in mediating all stages of this disease [3]. The early phase of atherosclerosis involves the recruitment of inflammatory cells from the circulation and their transendothelial migration [4].

Endothelial cells have long been viewed as a passive lining of blood vessels with negative properties such as nonreactive to blood components. They play a critical role in thromboregulation by virtue of a surface-connected fibrinolytic system [5,6]. They produced a Neutrophil Chemotactic Factor (NCF) upon stimulation with Tumor Necrosis Factor-alpha (TNF-alpha), Interleukin-1 beta (IL-1 beta), or Lipopolysaccharide (LPS) [7]. Vascular endothelial cells undergo morphogenesis into capillary networks in response to angiogenic factors [8]. The abnormal proliferation of vascular endothelial cells was closely related with atherosclerosis. Advanced Oxidation Protein Products (AOPPs) are new protein markers of oxidative stress with pro-inflammatory properties [9]. They are derived from oxidation-modified albumin (its aggregates or fragments), but also of fibrinogen, and lipoproteins [10]. The accumulation of AOPPs has been linked to vascular lesions in diabetes, chronic renal insufficiency, and atherosclerosis [11]. Increased level of plasma AOPPs has been found in patients with uremia and nonuremic subjects with coronary artery disease [12]. During the oxidation process, several proteins have attracted scholars’ interest. Transcription factor Nuclear factor erythroid 2 p45 related factor 2 (Nrf2) is a major regulator of genes encoding phase 2 detoxifying enzymes and antioxidant stress proteins in response to electrophilic agents and oxidative stress [13,14]. It regulates antioxidant-responsive element-mediated induction of cytoprotective genes in response to oxidative stress. Heme oxygenase-1 (HO-1) is a stress-inducible rate-limiting enzyme in heme degradation. Studies show that it confers cytoprotection against oxidative injury and provides a vital function in maintaining tissue homeostasis [15]. Though there are lots of studies focusing on mechanisms of apoptosis of vascular endothelial cells, few of them studied the role of advanced oxidation proteins in the process and its relationship with Nrf2 pathway. In this study, we aimed to study the effect of AOPPs on the proliferation and apoptosis of vascular endothelial cells in atherosclerosis and the role of Nrf2 pathway in the process.

Vascular Endothelial Cells (HUVEC) were obtained from Cell Bank of Type Culture Collection of Chinese Academy of Sciences, Shanghai, China. The cells were routinely cultured in RPMI-1640 supplemented with 10% heat-inactivated Fetal Bovine Serum (FBS), 100 U/ml penicillin and 100 μg/ml streptomycin in a humidified cell incubator with an atmosphere of 5% CO2 at 37°C. Cells growing at an exponential rate were used for the experiments.

Vascular endothelial cell lines were treated with different concentrations of AOPPs (0, 1, 2, 5, 10, 20, 50, 100 and 200 μg/ml) for 12, 24 and 48 h, respectively. For proliferation assays, cells were seeded in 96-well plates at 4,000 cells/well using Lipofectamine 2000 Reagent. Cell proliferation was measured using the Cell Counting Kit-8 assay (CCK-8, Boster, Wuhan, China). The proliferation analysis of each group in each individual experiment and the whole experiment process were performed in triplicate.

HUVEC cells were treated with 0, 50 and 200 ug/ml AOPPs for 24 h, and then cell cycle, cell apoptosis and reactive oxygen were determined by flow cytometry. Cell lines were selected and plated in a 96-well plate at a density of 2 × 103 cells/well in supplemented RPMI 1640 and incubated for 16 h before the cells were subjected to treatment in triplicate wells. After treatment, the cells were washed twice in phosphate-buffered saline (PBS) (2.68 mM KCl, 1.47 mM KH2PO4, 8 mM Na2KPO4, 136.75 mM NaCl) and counted. Fifty to one hundred thousand cells were selected and centrifuged 5 min at 1000 r/min. Annexin V-FITC mixed liquor of 195 μL was added to resuspend cytotrophoblast cells and 5 μL was added to mix. Centrifugation at 1000 r/min for 5 min was performed after cultivation 10 min. Sample was obtained after discarding supernatant and 10 μL Propidium Iodide (PI) was added. 2’, 7’-Dichlorofluorescein diacetate was used as fluorescent probe to analyse the level of Reactive Oxygen Species (ROS). Afterwards, the sample was stilled in dark for 30 min. Finally, the apoptosis, cycle and reactive oxygen were detected using Flow Cytometry (FCM) on the Moflo (Dako Cytomation, Glostrup, Denmark).

Statistical analysis was performed using SPSS 18.0. Data are expressed as the mean ± Standard Error of the Mean (SEM) of three independent experiments. Multiple group comparisons were analysed using ANOVA with a post hoc test. P<0.05 was considered to indicate a statistically significant result. 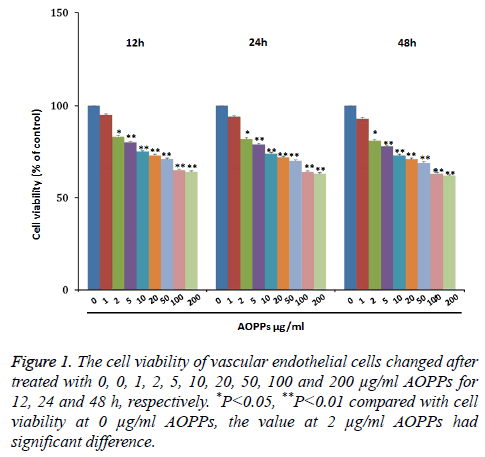 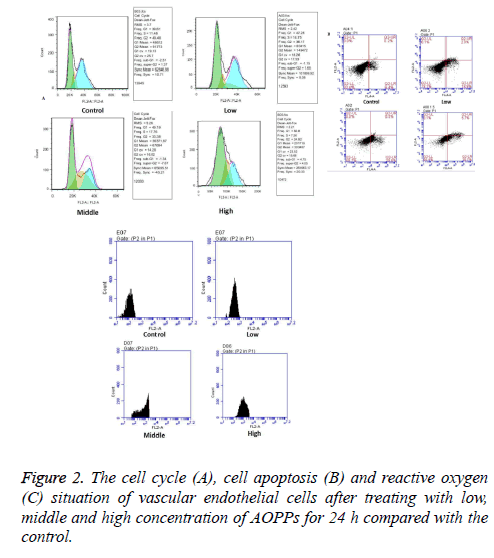 Figure 2: The cell cycle (A), cell apoptosis (B) and reactive oxygen (C) situation of vascular endothelial cells after treating with low, middle and high concentration of AOPPs for 24 h compared with the control.

To explore the molecular mechanism on how AOPPs promote the apoptosis of vascular endothelial cells, the protein expression values of apoptotic protein Caspase 3, Caspase 8 and Caspase 9 were determined by western blotting. As shown in Figure 3, the protein expression of Caspase 3, Caspase 8 and Caspase 9 increased with AOPPs concentration increased from 0 μg/ml to 200 μg/ml. The value in AOPPs concentration of 2 μg/ml was almost the same with that in the control (0 μg/ml). 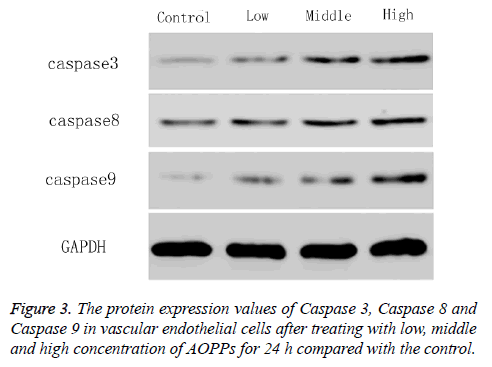 Figure 3: The protein expression values of Caspase 3, Caspase 8 and Caspase 9 in vascular endothelial cells after treating with low, middle and high concentration of AOPPs for 24 h compared with the control.

AOPPs increased the level of Nrf2

In this study, we determined the protein expression values of Nrf2 and its downstream gene HO-1 by western blotting. Results showed the levels of Nrf2 and HO-1 increased with the increase of AOPPs concentrations (Figure 4). 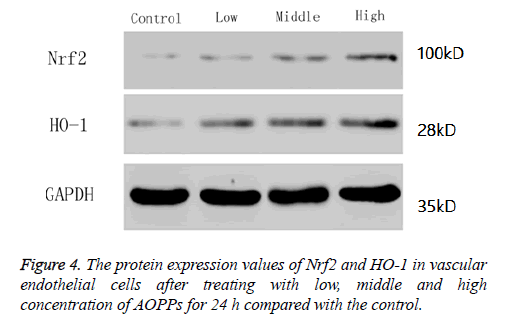 Figure 4: The protein expression values of Nrf2 and HO-1 in vascular endothelial cells after treating with low, middle and high concentration of AOPPs for 24 h compared with the control.

Atherosclerosis, the principal cause of heart attack, stroke and gangrene of the extremities, is responsible for 50% of all mortality in the USA, Europe and Japan [16,17]. It affects the major elastic and muscular arteries, but some vessels are largely spared while others may be markedly diseased. Atherosclerosis has long been recognized as having an inflammatory component, and this has a particularly important bearing on to its clinical complications as it may result in plaque instability [18]. It is observed in embryonic and injured tissue and is particularly prominent in the vicinity of solid tumors 1, involves the migration and proliferation of capillary endothelial cells [19]. Oxidative stress and expression of the Vascular Cell Adhesion Molecule-1 (VCAM-1) on vascular endothelial cells are early features in the pathogenesis of atherosclerosis and other inflammatory diseases [20]. Endothelial cell damage is one important pathophysiological step of atherosclerosis and restenosis after angioplasty [21]. AOPPs are new protein markers of oxidative stress with proinflammatory properties, accumulated in many pathological conditions [10]. 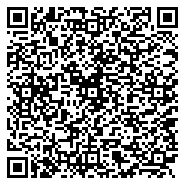