Kidney transplant is a surgical procedure which is done to treat kidney failure. Kidneys filter waste from the blood and remove it from the body through your urine. And also help in maintaining electrolyte balance and body’s fluid. In case of kidney failure, waste builds up in body and can make very sick. Some people whose kidneys have failed may qualify for a kidney transplant. In the procedure of kidney transplantation, one or both kidneys are replaced with donor kidneys from a live or deceased person. Kidney Transplantation (KTx) is the treatment of choice for well-selected patients with End-Stage Renal Disease (ESRD) as it improves both quality of life and life expectancy. However, although it is well documented that KTx and particularly pre-emptive KTx, should be considered as optimal regarding patient’s survival, the steadily growing shortage of kidney transplants makes that approach unrealistic. In order to overpass that problem, several strategies have evolved: (1) KTx with borderline donors, (2) KTx with non-heart beating donors, (3) ABO-incompatible (ABOi) KTx, (4) KTx across a positive cross-match, (5) kidney paired donation and (6) altruistic donation. The first series of 26 successful ABOi KTx was reported by Alexandre et al. in 1987. Recipient’s desensitization included splenectomy, immunosuppression with steroids, cyclosporine, azathioprine and anti-thymocyte globulin, as well as donor-derived platelets transfusion. Since 1989, ABOi KTx has been extensively implemented in Japan because of a religious-driven limited deceased organ donation. From there comes the largest published study including 1878 ABOi KTxs performed from 1989 to 2010. Recipient???s desensitization included Plasmapheresis (PP) or other apheresis technique, immunosuppression with steroids, calcineurin inhibitors, antimetabolites, anti-lymphocyte globulin, cyclophosphamide or deoxyspergualin in various combinations and anticoagulation. Splenectomy had been performed in 98% of the cases during the earlier era (1989-2000), in the recent era (2001-2010) it has been subsequently substituted by rituximab. Graft survival rates for the first year improved from 82% in the earlier era to 96% in the recent era. Given the promising results been published by the Japanese, similar protocols have been gradually implemented in the USA and Europe since the mid-1990s. The mainstay of all preconditioning regimens is the removal of preformed iso haemagglutinin antibodies (by PP, double-filtration plasmapheresis, specific and non-specific immuno adsorption) and the prevention of formation of new ones (earlier by splenectomy, later by Rituximab, intravenous immuno globulins). Graft survival time seems to be equivalent between ABOi and ABO-compatible (ABOc) transplant recipients in various studies. In a recent meta-analysis of divergent studies, it was concluded that ABOi KTx has very good outcomes, albeit inferior to ABOc KTx, but still better than remaining on dialysis or receiving a deceased donor kidney transplant. Major complications include infections which is the leading cause of death, antibody-mediated rejection and bleeding. The optimal pre-transplantation isohaemagglutinin titer is still debatable. It is of note, that blood group A2 is less antigenemic and that minor incompatibility constellations against A2 antigen have been safely transplanted without desensitization. Nevertheless, a safe pre-transplantation isohaemagglutinin titer has been reported as ≤1/8 albeit with deviation depending on the center, the measurement method used and the acceptable cut-off values. Flow cytometry has been proved to be the most reliable and reproducible technique for measurement of isohaemagglutinin titer. The reason why isohaemagglutinins against recipient’s blood type antigens are detected in the peripheral blood soon after KTx but no antibody-antigen reaction is recorded has been attributed to a phenomenon called accommodation. So far, the mechanism behind that phenomenon has been remaining elusive and speculative. Today, ABO-i KTx accounts for approximately 30% of all living donor kidney transplantations performed in Japan. 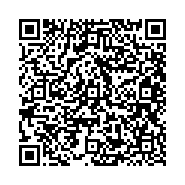