A unique presentation of benign acute childhood myositis in a child withinfluenza B.

Benign Acute Childhood Myositis (BACM) is a syndrome of a self-limiting muscle disorder characterized by bilateral calf pain and difficulty in walking with an isolated finding of elevated serum Creatine Phosphokinase (CPK) and leukopenia preceded by influenza like illness. The symptoms of BACM tend to disappear within a week. The syndrome has classical clinical and laboratory features that may allow for a correct diagnosis. Herein we describe BACM in an 11-year old boy with recurrent tonsillitis associated with vague muscle aches and discovered to have vitamin D deficiency with hypocalcemia. He had unique features that include persistence of symptoms beyond a week, recurrent episodes per year, and a concurrent similar case in the family. Awareness of the symptom complex is important for early diagnosis and avoidance of unnecessary investigations and treatment.

Benign Acute Childhood Myositis (BACM) is a rare syndrome of muscle disorder that predominantly affects school age children. It was first described as‘Myalgia Cruris Epidemica’ by the Swedish physician Lundberg in 74 Swedish children in 1957 [1]. It has an incidence of 2.6 cases per 100 000 children under 18 years old during epidemics, prevalence of 3.1 per 10000 in those <12 years of age, and its incidence is high in winter and spring [2-4].

It is characterized by sudden onset of prodromal influenza-like illness, bilateral calf pain, tenderness, inability to walk, and normal neurological exam associated with elevated Creatine Phosphokinase (CPK) level, Aspartate Aminotransferase (AST) level and leukopenia. Typically, it develops during the convalescence phase of a febrile upper respiratory tract infection, most commonly after primary infection with influenza B [5].

It occasionally occurs after parainfluenza, influenza A, Respiratory Syncytial Virus (RSV), Mycoplasma pneumoniae, and adenovirus, enterovirus, or dengue virus infections. Typically, the illness is self-limiting and patients recover spontaneously in about a week [5].

No specific therapy, only symptomatic therapy is required during the acute illness and antivirals are unlikely to be beneficial [6].

This report describes a child with unique features of BACM that include persistence of symptoms beyond a week, recurrent episodes per a year, and concurrent similar case in the family, as well as the presence of multiple cofactors, which resulted in a diagnostic dilemma at the time of initial diagnosis.

A 4 year old boy with a history of recurrent tonsillitis and who had febrile seizures two years ago presented during winter with fever (38.9ºC), headache, sore throat, rhinorrhoea, coryza, and non-productive cough of four days duration. He was diagnosed with acute tonsillitis, and received two doses of Augmentin. Two days later he presented again with non- projectile vomiting and bilateral calf and thigh pain with inability to bear weight.

According to his mother, he had similar episodes of lower limbs pain and weakness preceded by URTI and tonsillitis previously two years ago. All episodes resolve within 3-4 days, and in-between he had full activities like his pears. During one episode, his CK level was 2018 IU/L.

He had frequent tonsillitis 4-5 times/year and episodic body aches and pains. His 6 year old sister had a similar episode of ‘post-viral myositis’. There was no family history of a hereditary neuromuscular disorder.

The examination was normal apart from fever, mild tachypnea, and tenderness on palpation of the calf muscles, difficulty walking, and congested, swollen tonsils with no exudate. Pain intensity was 8/10 for calf myalgia on Numeric Rating Scale (NRS).

Muscle weakness was mild in the legs (4+/5), according to the Medical Research Council (MRC) scale with normal deep tendon reflexes.

He was hospitalized, with a provisional diagnosis of benign acute childhood myositis, and atypical pneumonia. He was started on IV fluid hydration and a combination of IV Cefuroxime and Zithromax®. Oseltamivir (Tamiflu®, an antiviral drug) was added 2 days after hospitalization with the positive result of influenza B (Table 1).

Supportive therapy was given; ibuprofen (A Nonsteroidal Anti- Inflammatory Drug (NSAID)) for pain, Paracetamol for fever, ondansetron for vomiting, and pantoprazole for coffee- ground vomitus; from Malory Weiss syndrome. He showed improvement of fever and tachypanea on the 3rd day of hospitalization, while myalgia and tenderness resolved 10 days post onset. He was discharged from the hospital on the 7th day on vitamin D supplement after gait improvement and exclusion of more serious illness. He returned to school and fully participated in all activities. He remained symptom free and a
follow up assessment demonstrated normal physical and neurological exam.

The exact pathogenesis of BACM is unclear, but many theories have been postulated; including direct infection mainly by influenza B, and myotoxic cytokines or other immunological processes, as the viral agent is not consistently demonstrated in tissue biopsy. [7-9].

Diagnosis of BACM is principally based on clinical and laboratory findings [5,9-12]. The boy in this report had the cardinal features of BACM, (Table 1). Myositis in BACM is characterized by a sudden onset of inability to walk, toe walking or a wide-based stiff-legged gait due to severe bilateral calf pain, and less frequently by pain in the thighs or neck.

It is preceded by a febrile viral illness 2-6 weeks before onset of classical symptoms. Serum CPK is elevated in the majority of affected patients [13].

The viral serological study may reveal the causative virus of BACM. Although, focal muscle fiber vacuolization, degeneration, and extensive necrosis, with overall little inflammatory infiltrates, with no immunoglobulin or complement deposits can be observed on histopathological examination of the muscle, muscle biopsy is not required for diagnosis.

Our case as well as previously reported cases showed that the clinical picture associated with influenza B infection is fairly consistent, although our case is unique in the following: the persistence of symptoms beyond a week despite treatment with Tamiflu® for pneumonia, recurrent episodes per a year, and the presence of a similar case in the family, in addition to the presence of vitamin D deficiency with hypocalcemia which results in a diagnostic dilemma at the time of initial diagnosis.

Based on literature review the time course for the illness is just a few days after peak symptoms and rarely exceeds a week after the viral prodrome [3,14]. Chronic vitamin D deficiency can result in weakness and immobility due to severe proximal myopathy with positive Gower’s sign clinically, and evidence of low 25-hydroxy vitamin D and elevated parathyroid hormone concentrations. Our patient, had mild muscle weakness, and we think that the presence of atypical pneumonia with fever and vitamin D deficiency and hypocalcaemia contributed to the delay in the recovery of this patient. Treatment with vitamin D caused a resolution of previously noted symptoms 8 weeks post discharge [15].

Recurrent BACM or relapses have been rarely reported in the literature [3,5,6]. In our case, the recurrence was always related to episodes of influenza-like- illness and the diagnosis of pharyngitis or tonsillitis.

This can be explained by increased tropism of viruses for muscle cells or the presence of different virus epitopes. Streptococcal infections have also been reported with various neurological manifestations including PANDAS (Paediatric Autoimmune Neuropsychiatric Disease Associated with Streptococcal Infection) at one end and simple myalgia or myositis on the other end. The rapid strep test and throat swab of our patient were negative on admission.

Influenza is associated with various neurological complications in healthy children (2%-8%) that include febrile seizures, encephalopathy, stroke, focal neurologic deficits, Guillain- Barre´s syndrome, Acute Disseminated Encephalomyelitis (ADEM), transverse myelitis, and Benign Acute Childhood Myositis (BACM) that is frequently related to influenza B [7,8] , Influenza B is more myotropic than influenza A due to segment 6 of its genome that encodes a small glycoprotein (NB) which is an integral component of the membrane of the virion that play a role in virus entry [16].

Although family history of hereditary or metabolic muscle disease is an exclusion criteria for BACM, the presence of other affected siblings at the same time is actually rare, reported sparsely in literature, and can be attributed to the occurrence of cluster cases in association with certain viral etiology [3,17].

The disease is a self-limiting, with no treatment other than analgesia being required as improvement in both walking ability and laboratory findings will occur within a week. Neuraminidase inhibitors such as Oseltamivir (Tamiflu) are not recommended due to the occurrence of BACM in the late phase of influenza. A non-classic or atypical presentation of BACM, with no symptomatic resolution after a few days, rapidly worsening condition, and a chronic course of the disease would necessitate an extensive investigation for serious differentials like Guillain Barré syndrome and acute flaccid paralysis caused by poliomyelitis, metabolic diseases, early childhood rhabdomyolysis, and immune-mediated syndrome. For such cases, further evaluations of autoantibodies or muscle biopsy should be considered [9].

BACM is a rare benign syndrome with an excellent prognosis. Its diagnosis requires the exclusion of serious conditions that cause acute inability to walk in children. The report highlights the need for clinicians to be vigilant regarding the full cardinal features of BACM and to be conscious that mild muscle weakness and persistence of symptoms beyond a week especially in the presence of cofactors as vitamin D deficiency or hypocalcaemia, recurrent episodes or relapse, and concurrent family history of myositis do not exclude the diagnosis of BACM. Awareness of the symptom complex is important for early diagnosis and avoidance of unnecessary investigations and treatment.

This work was supported by the College of Medicine, Research Center, Deanship of Scientific Research, King Saud University. 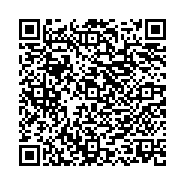