A systematic review on pancreatic fat and benefits in preventing diabetes.

The pancreas makes the hormone insulin, which it uses to control the blood sugar levels. When the pancreas fails to produce enough insulin or when the body's tissues become resistant to the effects of the hormone, this regulatory mechanism begins to malfunction in diabetes. Diabetesrelated unmanaged high blood sugar levels can eventually cause renal failure, strokes, blindness, and lower limb amputation.

The World Health Organization (WHO) estimates that diabetes claimed 1.5 million lives globally in 2019. Type 2 diabetes, which is more common than type 1 diabetes and is mostly brought on by physical inactivity and excess body weight, affects more than 95% of diabetics. High blood sugar levels harm beta cells in the pancreas, which produce insulin, according to scientific consensus; however, the role that fat plays in this damage is less clear. According to results from a recent lab investigation, pancreatic fat storage may aid to maintain insulin output and delay the onset of diabetes [1]. The advantages of exercise and intermittent fasting as type 2 diabetes prevention and treatment options may be explained by this research. According to the study, a cycle in which fat is stored in pancreatic cells after meals and then broken down in the hours leading up to the next meal may help maintain insulin production.

Storage and mobilisation of fat

The researchers gave excessive fat levels or periods of excess sugar to beta cells from rats and humans. As anticipated, relative to normal sugar levels, high sugar levels gradually decreased the cells' capacity to release insulin. However, the beta cells' ability to secrete insulin appeared to be shielded from the negative consequences of high blood sugar levels by an abundance of fat [2]. When cells are exposed to excessive amounts of both sugar and fat, they store the fat in droplets in preparation for times of adversity. Surprisingly, our research has revealed that this fat stock really improves the condition by allowing insulin secretion to return to nearly normal levels. The researchers found that pancreatic cells were stimulated by periods of high fat and sugar availability, followed by periods of low availability, promoting a cycle of fat storage and mobilisation [3].

During times when the cells were running low on energy, the advantages of this cycle were clear. These settings that resembled fasting caused fat to be mobilised, which encouraged the release of insulin. In other words, the process discovered in our work requires the entire cycle of fat accumulation (overnutrition) followed by fat mobilisation (fasting). He asserted that beta cells may reset and restore their ability to secrete insulin between meals with just a 4-6 hour fast. According to him, the body can release stored fat as long as it is used as a source of energy in between meals, such as to power frequent bouts of physical activity.

Other researchers have questioned the applicability of extrapolating these findings from isolated pancreas cells growing on dishes in a lab to obese individuals. Actually, there is evidence that excess fat deposition in important organs, such as the liver and pancreas, increases the risk of diabetes, and that this risk increases with [body mass index]. There is strong evidence that high levels of circulating triglycerides, which deliver extra fat to the pancreas, may increase the risk of developing diabetes [4,5]. The Diabetes Remission Clinical Trial demonstrates that maintaining low levels of triglycerides in the bloodstream and low amounts of fat in the pancreas is necessary for people to maintain long-term remission from diabetes after losing weight.

Type 2 diabetes affects more than only the pancreas; it also affects other tissues and organs. For instance, doctors link widespread insulin resistance and inflammation to increased body fat. Therefore, it is challenging to determine the therapeutic applicability of the findings from this study, particularly the potential function of fat as a "protective" factor against the onset of diabetes, as stated by the authors. The nature of the correlation, he noted, is less obvious even though there is a definite link between obesity and diabetes. 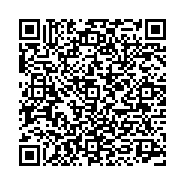