A study on physical physiology of men's 110-meter hurdle project

Men's 110-meter hurdles are at the leading position in the track and field hurdles, this makes more and more scholars at home and abroad begin to study the hurdle project physical and psychological aspects of the subject [1]. Studies have shown that the level of high-performance column technology in men's 110-meter hurdles is closely related to the strength of the human ankle joint, physical coordination and vacancy time. The results of this study further validate the close relationship between hurdle technology and sports physiology [2]. Therefore, firstly, sports physiology theory was expounded, then the analysis model was discussed, finally the men's 110 meter hurdles project development and physiology, based on the analysis of the data obtained, kinematics index hurdle was analyzed and research, therefore, the direction of hurdle technology for men's 110 meter hurdles was pointed out.

Using the method of mathematical statistics, the author constructs a physiologic analysis model to analyze and study the continuous improvement of men's 110-meter hurdles and hurdles. The main methods include numerical calculation and graphics rendering. Both of these methods can be applied to SPSS descriptive statistical analysis software for specific data processing and analysis.

Descriptive statistics is a basic statistical method of sorting, categorizing, simplifying, or plotting the data obtained from the study into a graph to describe and summarize the relationship between the characteristics of the data and the variables. The descriptive statistics mainly involve the concentration trend, the degree of discretization and the correlation intensity of the data. The most commonly used indicators are the mean, the standard deviation, the correlation coefficient, etc. [4].

Among them, the correlation coefficient and the standard deviation of the formula are the formula (1) and formula (2). Combining the practice of the hurdle project, this paper constructs the kinematic analysis model of the man 110 meters hurdle project. Firstly, the mathematical statistics function was used to analyze the frequency distribution of the data. Then, the results of the analysis were analyzed. Finally, the conclusion of the data was obtained based on the analysis results, and the effective ideas of improving the hurdle technology were put forward.

The results obtained from the analysis of men's 110-meter hurdles by means of mathematical statistics and exercise physiology are as given in Table 1. 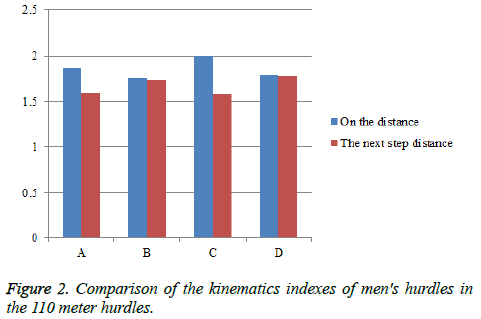 Figure 2: Comparison of the kinematics indexes of men's hurdles in the 110 meter hurdles.

The data show that the distance between the lower reaches of the test athletes is between 1.6 and 1.8 meters, much higher than the distance of the world's elite athletes, which largely affects the athlete's center of gravity and thus the athlete's rhythm have a negative impact. To sum up, from the physiological point of view, China's men's 110 meter hurdle technology promotion should be appropriate to increase the low trajectory across the distance, keep moving vacated and appropriate to shorten the distance under the bar. In the process of training, our men's 110 meter hurdler hurdle will be according to the characteristics of the flight time and flight trajectory as the focus of training.