A study of the factors causing secondary nocturnal enuresis in children.

Nocturnal enuresis refers to the involuntary passage of urine during sleep in children over the age of five. Enuresis may be primary (estimated 75%-90% of children with Enuresis in which nocturnal urinary control never achieved for at least 6 months) or secondary (estimated 10%-25% of children with enuresis who was dry for at least six consecutive months and then enuresis developed) [1]. Psychologists may use a definition from the American psychiatric association’s DSM-IV, defining nocturnal enuresis as repeated urination into bed or clothes, occurring twice per week for at least 3 consecutive months in a child of at least 5 years of age and not due to either a drug side effect or a medical condition. Even if the case does not meet these criteria, the DSM-IV definition allows psychologists to diagnose nocturnal enuresis if the wetting causes the patient clinically significant distress [2].

Enuresis can occur only at night (nocturnal), which is more common, or only in the day (diurnal) or both [3]. Mon symptomatic enuresis means that there are no day time symptoms to suggest disorder of the lower urinary tract such as overactive bladder. Polysymptomatic or complicated nocturnal enuresis means that the bed-wetting associated with symptoms suggestive of lower urinary tract dysfunction e.g. overactive bladder or organic pathology as daytime incontinence, urgency, frequency, urinary tract infection and chronic constipation [4].

To determine contributing factors that lead to secondary nocturnal enuresis either medical illness or psychological problem and focus on the stressful and anxiety causing events occurring in the lives that need support and counseling for the child and family [5].

A prospective study includes 45 children between the ages of (5-15) years. With secondary nocturnal enuresis (children was dry for at least six consecutive months and then enuresis developed). Total of 30 children attended pediatric psychiatry consultation clinic of child's central teaching hospital in Baghdad city and 15 children attended psychiatric consultation clinic of Alyarmouk teaching hospital in Baghdad city during the period between Decembers 1st 2008 to June 30th 2009. Exclusion criteria those with primary nocturnal enuresis [6-10].

Data was obtained by face to face interview with children or their relatives with the help of social worker, including:

•Age at which the secondary nocturnal enuresis occurred.

•Residence, either urban or rural area.

History of stressful condition as

•Delivery of new baby in family.

•One of family in prison.

•History of any stressful traumatic events.

•Attitude of family if they punish or reinforce the child to pass the problem.

•How the child feels toward himself.

Table 1. Age distribution of cases and their percentage.

Figure 1. Sex distribution of cases and their percentage. Table 2. Distribution of cases according to etiology and their percentage.

Table 3. Distribution of cases according to medical illness and their percentage.

Table 4. Distribution of cases according to medical illness and their percentage.

Another study in north-west Turkey among primary-school children indicated that the rate of nocturnal enuresis prevalence was 8.9% overall, 9.7% in boys and 8.1% in girls [21]. But in these studies primary nocturnal enuresis also included. Most of the children in our study came from urban area 93.3% than the rural area (6.7%) which is higher in comparison with other study done In Saudi Arabia as there was no difference for residency whether rural or urban [22]. This is because the majority of children attended came from area surrounding hospitals which are urban area. In this study, the family history for parents and siblings positive in 6 (13.3%), three of them, were their father had primary enuresis above the age of 10 years, two children their mother had primary nocturnal enuresis and 1 of them his brother has secondary enuresis; While 68.7% have negative history for enuresis. In study done in India for prevalence of primary and secondary enuresis the result was a positive family history for siblings and family members were 28.6% and 19.6% respectively which is higher, this is because the primary enuresis included in their study in which genetics are related more too primary enuresis [23].

In this study 38 (84.5%) of children secondary nocturnal enuresis is associated with psychological problems, of them 14 (31.1%) post stressful condition, 8 (17.8%) after immigration from their houses, 6 (13.3%) had history of death of one member in family, 4 (8.9%) have history of one of the family arrested in front of them, 3 (6.7%) Birth of new baby in family and 3 (6.7%) Separation between parents happened. In study by Alex Iglesias found significant relationship between secondary diurnal and nocturnal enuresis in study done on children after a car accident as a stressful condition. In another study done in New Zealand children for secondary enuresis at age of 10 years, analysis suggested that the child's level of exposure to adverse life events was associated with the onset of secondary enuresis, as children who were exposed to four or more stressful life events in a given year were 2.56 times more likely to develop secondary enuresis in that year [27]. Among 45 children with secondary nocturnal enuresis 8 of them (17.8%) have been punished by their family while 37 (82.2%) reinforced and reassured by their family to control themselves. In compartment with studies done in the United States, about 25% of enuretic children are punished for wetting the bed [28]. In Hong Kong, 57% of enuretic children are punished for wetting [29]. In study done in Germany at 1990 (14.3%) of secondary enuresis were reported to be punished. About self-esteem: Of the 45 child with secondary nocturnal enuresis, 27 (60%) had Social embarrassment, anxious, feel different from other and had more inferiority feeling. Theunis et al. reported that nocturnal enuresis has important negative effects on the self-esteem of children, which improved with successful treatment of enuresis also in another study done in finish population by Moilanen, the children with enuresis showed significant difference that they were more fearful, more impatient, and more anxious and had more inferiority feeling [30].

This study had shown that secondary nocturnal enuresis greatly affect school children, following traumatic stressful conditions, immigration from their houses, death in family, one of the family arrested, birth of a new baby, family problems like divorce, or others emotional or traumatic event. Girls were slightly more affected, the children with secondary enuresis were embarrassed, anxious and of low self-esteem. They were reinforced and reassured rather than punished by the parents. 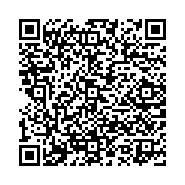