A small note on complications and diagnosis of upper airway cough syndrome.

Chronic cough is a rapid outflow of air from the big breathing passages, which can help clean them of fluids, irritants, foreign particles, and bacteria. Coughing can be repeated as a protective reflex, with three phases: intake, forced exhalation against a closed glottis, and a violent escape of air from the lungs after the glottis is opened, generally accompanied by a unique sound.

Coughing on a continuous basis usually indicates the presence of an illness. From an evolutionary perspective, many viruses and bacteria profit by causing the host to cough, which aids in the transfer of the sickness to new hosts. A respiratory tract infection is the most common cause of irregular coughing, but it can also be caused by choking, smoking, air pollution, asthma, gastroesophageal reflux disease, post-nasal drip, chronic bronchitis, lung cancers, heart failure, and medications like Angiotensin-Converting-Enzyme inhibitors (ACE inhibitors).

Treatment should be targeted at the source of the problem, such as stopping smoking or stopping ACE drugs. Cough suppressants like codeine or dextromethorphan are commonly recommended, however they have been shown to be ineffective. Other treatment options may focus on reducing airway irritation or encouraging mucus expectoration. Suppressing the cough reflex, which is a normal defensive reflex, may have negative effects, especially if the cough is productive.

Coughing complications are classed as either acute or chronic. Cough syncope (fainting spells caused by decreased blood flow to the brain caused by continuous and vigorous coughs), sleeplessness, cough-induced vomiting, subconjunctival haemorrhage or "red eye," coughing defecation, and cough urination in women with a prolapsed uterus are all acute consequences. Abdominal or pelvic hernias, fatigue fractures of the lower ribs, and costochondritis are all prevalent chronic consequences. Coughing that is chronic or forceful can cause injury to the pelvic floor and a cystocele.

Chronic cough in children can be a normal physiological response or a sign of an underlying problem. Chronic cough 10 times a day in healthy adolescents may be normal in the absence of sickness. A viral respiratory tract infection is the most prevalent cause of acute or subacute cough. More than 90% of adults with a chronic cough (one that lasts more than 8 weeks) have post-nasal drip, asthma, eosinophilic bronchitis, or gastroesophageal reflux syndrome. Children's chronic cough has the same causes as adults, with the addition of bacterial bronchitis.

A respiratory tract infection, such as the common cold, COVID-19, acute bronchitis, pneumonia, pertussis, or tuberculosis, can cause a cough. Acute coughs, defined as coughs last or less three weeks, are caused by the common cold in the great majority of instances. Tuberculosis is an unusual discovery in persons who have a normal chest X-ray. Pertussis has become more widely recognised as a cause of chronic coughing in adults.

A individual may develop a postinfectious cough after a respiratory tract infection has cleared. A dry, non-productive cough with no phlegm is the most common symptom. A tightness in the chest and a tickle in the throat are two possible symptoms. This cough might last for weeks after an illness has disappeared. Inflammation, similar to that seen in recurrent stress conditions like carpal tunnel syndrome, could be the source of the cough. Coughing frequently causes inflammation, which leads to discomfort, which leads to more coughing.

Conventional cough treatments generally do not effective for postinfectious cough. Any anti-inflammatory medicine (such as ipratropium) is used to treat the inflammation, and a cough suppressant is used to lower cough frequency until the inflammation disappears. Inflammation can make you more sensitive to other problems, like allergies, and treating other causes of coughing (such using an air purifier or taking allergy medicine) will help you heal faster. 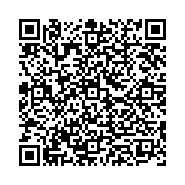