A review on neuroinflammation's function in neurodegenerative disorders.

The cellular and molecular mechanisms of neuroinflammation are thought to be silent contributors to neuroinflammation and are probably the same in ageing and metabolic illnesses including hypertension, diabetes, depression, dementia, or after cerebral trauma like a stroke. Inflammatory processes have been linked to the aetiology of dementia and functional impairment in the elderly. The risk of stroke is amplified by low-grade inflammation, which is caused by systemic and local CNS inflammation, which is hypothesised to be caused by microvascular changes that lead to a state of chronic hypoperfusion and continuous oligodendrocyte death [1]. This condition is known as cerebral small vessel disease or vascular dementia. Atherosclerosis, an artery disease marked by vascular inflammation brought on by the infiltration of monocytes into the damaged vascular wall and an increase of interleukin (IL)-6 associated with future intracranial large artery stenosis progression after a stroke episode, is another significant risk factor for stroke and CNS tissue destruction. Additional inflammatory markers, such as C-reactive protein, were discovered in SVD. These markers are widely known in cardiovascular disease as powerful predictors of preclinical and clinical atherosclerosis and the progression of hemorrhagic stroke [2].

Additionally, adipose tissue dysfunction linked to obesity and hypertension causes persistent low-grade inflammation that puts people at risk for type 2 diabetes, cardiovascular disease, and a worse prognosis for stroke patients. Although the biochemical causes of depression are poorly understood, one-third of depressed individuals who received traditional antidepressant therapies did not experience any positive results because of the inflammation that led to treatment resistance. The proposed process including oxidative stress, higher levels of the pro-inflammatory cytokines IL-6 and IL-8, endothelial nitric oxide synthase uncoupling, and hyperglutamatergia was implicated in the relationship between inflammation and depression [3].

Therefore, major depressive disorder, a serious mental illness linked to depression, elevated levels of inflammatory markers in the peripheral, and suicide mortality, has been discovered to have indirect evidence of neurovascular dysfunction. Therefore, chemokines, adhesion molecules, cytokines, and acute phase proteins have all been identified as inflammatory markers in neurodegenerative illnesses, including MDD. Infection is one of many CNS offences that cause dynamic immunological and inflammatory reactions. Hematogenous dissemination, in which the virus enters the brain across the BBB, and neuronal retrograde dissemination are two different hypothesised pathways by which viruses can enter the central nervous system (CNS). However, it has been hypothesised that a virus can replicate in macrophage and CCR5+ T cells within the CNS in relation to the onset and progression of dementia. This is the case for HIV proteins gp120 and Tat, which are, respectively, able to induce the apoptosis of neurons through the enhancement of CXCR4-PKC and to cause neuronal dysfunction through the disruption of miRNA expression [4].

As a result, since age-dependent elevation of the inflammatory response is a result of long-term stress, inflammatory reactions seem to be the most common trigger mechanism causing tissue damage that is probably linked to various age-related disorders. TBI is a significant public health issue and a significant cause of epilepsy. We must comprehend the epidemiology of the illness if primary prevention is to be implemented. Age, socioeconomic status, and geographic location are the main determinants of TBI, thus any proposed therapies must be adapted accordingly. The incidence of TBI is thought to be between 180 and 250 per 100,000 people per year in the United States, according to population-based studies. Perhaps South Africa and Europe have greater incidence rates. TBI is more common in certain types of people. This applies to men and people who reside in areas with a low socioeconomic standing. Certain age groups are more vulnerable to TBI than others. The very young, teenagers and young adults, and the elderly are all included in this. Mortality varies according to severity but is higher in elderly people and those who have suffered serious injuries [5].

Disorders known as "neuroinflammatory disorders" affect the part of the nervous system that is damaged by the immune system. In the central nervous system (CNS), inflammatory effectors from the innate and acquired immune systems as well as glial cells, in particular, microglia, act as sensors for disturbed brain tissue homeostasis and accumulate locally in response to injury to neuronal cells or foreign material entry in the brain. The differential activation of microglia cells is the key factor that regulates neuroinflammation, which has two outcomes: neurotoxicity or neuroprotection. Therefore, the environment is a key factor in determining whether neurons will degenerate or be protected. Since activated microglia can also create anti-inflammatory mediators and neurotrophic factors like insulin-like growth factor-1, glial cell-derived neurotrophic factor, brain-derived neurotrophic factor, and other factors, and obtain favourable effects, further research must be done in order to take advantage of the diversity of microglia. 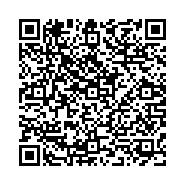