Amyotrophic Lateral Sclerosis (ALS) is a motor neuron disease characterized by progressive muscular atrophy and weakness. Progressive weakness in ALS frequently occurs in respiratory muscles, which leads to respiratory failure, and even death. Assessment of respiratory muscles is essential in facilitating the evaluation of severity of disease progression, and selection of appropriate and timely interventions [1-3]. Therefore, different tests are required to provide a global view of the respiratory function in patients.

Single-slice axial Computed Tomography (CT) scan, which is a quantitative assess-ment method, has been used for the quantitative analysis of local skeletal muscle param-eters, including muscle volume, content, and distribution of adipose tissues [3]. Single-slice axial CT has been considered as one of the gold-standard measurement techniques for muscle size [2], and is widely used in the diagnosis and monitoring of muscle changes associated with certain conditions, such as myopathies, chronic obstructive pulmonary disorder, diabetes, Cushing’s syndrome, sepsis, inactivity, denervation, fasting, malnutrition, cancer-associated cachexia, renal failure, and cardiac failure. By contrast, CT is a fast and objective method, which provides a spatially resolved distribution of muscle and adipose tissues when compared with dual-energy X-ray absorptiometry and B-mode ultrasound [4]. In a previous study on neuromuscular disorders, the diaphragm thickness of 34 patients with ALS was measured using CT before implanting a diaphragm pacing system. The diaphragm thickness was 4.6 mm (interquartile range 2.95-6.00) on the right side and 4.1 mm (interquartile range 2.77-6.00) on the left side. A diaphragm thickness lower than 3.5 mm was associated with a high mortality after implantation of the diaphragm pacing system [5]. However, Cross-Sectional Area (CSA) and attenuation in ALS have not been previously evaluated.

The present study evaluated the changes in CSA and attenuation of respiratory muscles in patients with ALS. We hypothesized that the indicators could be used to determine respiratory function impairment in ALS.

This retrospective study was approved by our institutional review board and was con-ducted by searching for electronic medical records. A total of 82 ALS patients who were diagnosed and treated with Riluzole from August 2015 to September 2019 to our hospital. Figure 1 depicts the patient selection flow diagram. The inclusion criteria were as follows: (1) patients who were diagnosed by more than two neurologists according to the revised El Escorial criteria as “definite” with ALS between August 2015 to September 2019 and (2) those who had chest CT. (3)All ALS patients had evaluated the ALS Function Rating Scale-Revised Edition (ALSFRS-R), and recorded the scores of items 10 to 12 of the ALSFRS-R scale regarding respiratory function assessment, and Marked as ALSFRS-Rrespiratory function (ALSFRS-R-R). The exclusion criteria included cardiovascular, pulmonary, other neuromuscular diseases, and history of chest surgery and trauma, which may affect respiratory muscle function, and use of drugs that could influence the skeletal muscle mass (statins, sulfonylureas, and glinides). A Healthy Control (HC) group was selected at the health examination center, and they were subjected to chest CT scanning and were well-matched in age and sex to the patient group. Therefore, the final study population included 16 patients and 16 healthy volunteers. Since this study is retrospective, it is not necessary to obtain the informed consent of the case group. A total of 10 ALS patients underwent follow-up evaluation and signed informed consent after 6-8 months. 5 ALS patients and 3 healthy volunteers were unable to obtain the cross-sectional area of the diaphragm due to the difficulty in distinguishing the diaphragm and the low position of the diaphragm. Because of the retrospective nature of this study, the requirement for informed consent from case group was waived (Figure 1).

Two neuropathist (Baoyu Yuan and Yijing Guo), both with 15 years of CT muscle of chest interpretation, and both blinded to the clinical data, independently evaluated the imaging features randomly. After selecting a specific level, used ImageJ software (Wayne Rasband, National Institutes of Health, Bethesda, MD, USA) to quantify muscle mass and content as previously described [6]. The levels and regions of interest (ROIs) of respiratory muscles were modulated according to a previous study [7] and were defined as follows: A) ROI on the 2nd thoracic vertebrae (T2) level was defined as the slice on the level of claviculomanubrial joint on the axial scan, including pectoralis major and minor; B) ROI on the 8th thoracic vertebrae (T8) level was defined as the slice on the right inferior pulmonary vein into the left atrium, including the latissimus dorsi and serratus anterior muscles; C) ROI on the 12th thoracic vertebrae (T12) level was located at the origin of the celiac trunk, where one can identify the diaphragm muscle between the anterior vertebral body and the pedicle of the vertebral arch (Figure 2) .The ROIs were obtained by limiting the Hounsfield Unit (HU) range to between –29 and 190, and the boundary of ROIs was adjusted manually by a neuromuscular specialist. All CT scan images had similar height × width (512 pixels × 512 pixels), color mode (red, green, and blue mode), pixel format (16-bit), and window and level set (window center=90, window width=350). The mean CSA and attenuation of ROIs at T2, T8, and T12 levels were calculated automatically. The pixel numbers corresponding to each gray level were extracted.

CSA and attenuation of ROIs were expressed as mean ± standard error. The independent-samples t-test was used to compare means between ALS and control groups. Linear regression analyses were used to determine correlations with ALSFRS-R scores by con-trolling age. Paired t-test was used to compare baseline and follow-up parameters of patients with ALS. Statistical analyses were performed using GraphPad InStat software (ver. 8.3; GraphPad Software, La Jolla, CA, USA) and significance level was set at p<0.05. The pixel numbers corresponding to each gray level were fitted to a 6th order polynomial trendline.

The diaphragm ROI in five cases from the ALS group and three cases from the HCs could not be delineated because they lacked the 12th thoracic vertebrae level based on the chest CT scan. A comparison of the CSA of ROIs and attenuation of respiratory muscles between ALS and control groups is presented in Figure 3. The CSA of ROIs on T2 and T8 levels between the two groups were not significantly different, while the diaphragm muscle CSA was significantly lower in patients with ALS (302.9 ± 131.7) than in the HCs (501.6 ± 113.3) (t=3.977, p<0.001). Strikingly, 3 higher pots of ALS group represented younger male patients with high ALSFRS-R scores. Box plots of the trends and the degree of dispersion in the data set revealed that the ALS group exhibited considerable intragroup variations in CSA of ROIs at three levels (T2, T8, and T12). No statistically significant differences were observed in the attenuation of respiratory muscles at three levels between the two groups. Linear regression models of CT scan parameters and the ALSFRS-R scores are presented in Table 2. The CSA of ROIs at T2, T8, and T12 levels consistently demonstrated a positive correlation with ALSFRS-R scores when age was controlled. We derived a curve fitting to the histogram data of the pixel number dis-tribution based on the gray values. Pixels with low gray values in the diaphragm and posterior auxiliary respiratory muscles decreased, whereas pixels with high gray values in patients with ALS increased (Table 2) (Figure 4).

Table 3. Correlation analysis of CSA and Attenuation with ALSFRS-R.

The ALS group exhibited considerable intragroup variations in CSAs of auxiliary respiratory muscles, which could be due to the various stages of disease progression in patients with ALS who were recruited for the study, varying disease phenotypes, and unique genotypes. However, changes in the diaphragm muscle CSA observed in the present study are consistent with the findings of previous studies, which used ultrasound to assess muscle mass and quality. The absolute diaphragm thickness at maximal inhalation and end-expiration, in addition to the thickening ratio reduced in patients with ALS when compared with the age-matched control group, which were negatively correlated with the partial pressure of carbon dioxide [8,9]. A previous study involving 40 patients with ALS evaluated baseline and follow-up parameters after 4 months, and the results revealed that diaphragm compound muscle action potential amplitude provided a better measure of change over the study period, while no changes were observed in diaphragmatic thickness [10]. Single-slice axial CT scans are rapid and objective in muscle evaluations. In addition to the diagnostic value, the results demonstrated a considerable decline either in diaphragm muscle CSA or other auxiliary respiratory muscles after 6-8 months. Furthermore, the present study revealed that the decrease in CSAs of all respiratory muscles was significantly positively correlated with the severity of disease at baseline. The findings provide new insights into using single-slice axial CT scans to diagnose diaphragmatic dysfunction in patients with ALS.

The assessment of attenuation of respiratory muscles at three levels during baseline and follow-up period revealed no significant differences in disease progression changes be-tween patients with ALS and the HCs. The observation suggests that the gray values of muscle voxels from CT are scaled in a known way with the intramuscular fat content ac-curately. No significant changes were observed in fat content based on the diaphragm biopsies and other muscle biopsies during the early stages of ALS. Therefore, the use of CT attenuation values is not a reliable biomarker for evaluating respiratory muscles of patients with ALS. Remarkably, although the mean gray values of respiratory muscles at three levels were not significantly different, the trend of their distribution varied. The normal distribution of diaphragmatic gray values was not observed in patients with ALS and the low-density muscle reduced, and high-density muscle increased in posterior auxiliary respiratory muscles. The results suggest variations in the progression of muscle pathology in ALS [11,12].

The present study had a few limitations. First, as a retrospective study, lung function was not monitored and diaphragm muscle electromyography data were not analyzed to compare sensitivity and specificity. Second, a fixed slice was selected based on the anatomical position of each participant; however, the position of the respiratory muscle could have had subtle variations. Third, the number of patients enrolled in the present study was relatively small. Finally, although the delineation of muscles was performed according to the guidelines and adjusted by a neuromuscular specialist, automated post processing software would be more appropriate to enhance accuracy and to prevent interference by other components of CT [13].

This study shows that the cross-sectional area of the diaphragm of a specific layer of chest CT can reflect the disease state of ALS patients and is related to changes in the ALSFRS score. The present study established that assessment of CSA of respiratory muscles, especially the diaphragm muscle using single-slice axial CT scans, is a fast and reliable method of diagnosing and evaluating respiratory muscle status during disease progression.

This work has not received any funding.

This study was approved by Zhongda Hospital Affiliated to Southeast University.

Reference number 2019ZDKYSB098 for the prospective study for which all patients gave their written informed consent.

Individual participant data that underlie the results reported in this article, after de-identification (text, tables, figures, and appendices) will be available together with the study protocol beginning 9 months and ending 12 months following article publication. Data will be available with investigators whose proposed use of the data has been approved by an independent review committee (“learned intermediary”) identified for this purpose. Data could be used for individual participant data metaanalysis. Proposals may be submitted up to 12 months following article publication. After 12 months the data will be available in our university’s data warehouse but without investigator support other than deposited metadata. 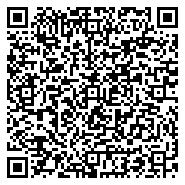