A psychological and medical analysis of temperament, character and behavior in children and adolescents of school refusal

Objective: To analyse the teenagers’ school refusal behavior and its relationship with their as well as their parents' temperament and character.

Methods: The patients were matched by a ratio of 1:3 in age to gender for clinical studies. Adolescents who refused to go to school and their parents were selected from the mental outpatients of our hospital as the study group (n=55) and those who did not refuse to go to school together with their parents were the control group (n=165). Adolescents in the two groups were asked to fill out questionnaire of general information as well as Teenager Temperament Character Inventory (JTCI-S) and their parents were told to fill Chinese version of Temperament Character Inventory (TCI-R140).

School Refusal Behavior (SRB) mainly means that teenagers voluntarily refuse to go to school or fail to stay in campus for a whole day [1]. These young people are completely absent from or late for school in a certain period of time, skip some classes or leave the campus in one day [2]. In the morning, when it comes down to attending school, they will act inappropriately, for example they may lose their temper by refusing to leave home, ending in truancy or resignation with extremely pain in class. Under such circumstance they will beg to be excused from school. The school refusal behavior has a detrimental effect on young people's growth. Research shows that [3,4], in China the research on school refusal behavior in teenagers is still in the initial stage and the study of family in this regard relies solely on the way of home education. In this research we mainly studied the relationship between school refusal behavior and teenagers’ temperament and character as well as their patients’ as follows.

School refusal behavior group (SRB group): The patients were matched by a ratio of 1:3 in age to gender for clinical studies. Adolescents who refused to go to school and their parents were selected from the mental outpatients of our hospital as the study group (n=55) and those who did not refuse to go to school together with their parents were the control group (n=165). The adolescents including 115 males and 105 females were aged 12-18 with a mean age of (13.5 ± 2.5 y). The mean age of adolescents in study group was (13.7 ± 2.1 y), and the mean age of adolescents in control group was (13.4 ± 2.3 y), no significant differences in age was found between two groups.

Adolescents in the two groups were asked to fill out questionnaire of general information as well as Teenager Temperament Character Inventory (JTCI-S) and their parents Chinese version of Temperament Character Inventory (TCIR140). 1. In JTCI-S there were a total of 108 questions required to be answered by “yes or no”, respectively scored “1 or 0” in which temperament contains four dimensions, namely Novelty Seeking (NS), Harm Avoidance (HA) and Reward Dependency (RD) on while character includes three, namely Self-Direction (SD), Collaboration (CO) and Self- Transcendence (ST). 2. In Chinese version of (TCI-R140) there were a total of 140 questions about temperament and character in which the former included the dimensions of NS, HA, RD as well as PS, and the latter SD, CO as well as ST. Each dimension was divided into 5 levels as follows: level 1: complete inconformity, 2: most inconformity, 3: uncertainty, 4: most conformity and 5: complete conformity [5].

SPSS17. 0 statistical Software was used for data analysis with t-test for check. P<0.05 suggested there was statistically significant difference.

Comparison of JTCI-S scores between the two groups

Compared with the control group, the RSB group had higher score of Harm Avoidance (HA) but scores of Novelty Seeking (NS), Reward Dependency (RD), Self-Direction (SD), Collaboration (CO) and Persistence (PS) with statistically significant difference in between (P<0.05), as shown in Table 1.

Teenagers are going through puberty in the stage of development and at this point they will experience large degree of psychological growth as well as changes with relatively short duration. They are often subjected to such relatively complex contradictions as immature and mature as well as dependence and independence, which makes the students in this period more prone to psychological and behavioral biases [6-9]. A person's personality is an integration of unique and stable mental disposition as well as psychological characteristics [10-12].

The study shows that the adolescents who refuse to go to school exhibit to certain extent such manifestations as pessimism, anxiety, depression, fear of uncertainty, fatigue, apathy and laziness and so on. In addition, some of them show irresponsible, undisciplined and self-centred performance [13]. All these students, compared with those who did not refuse to go to school, have specific personal traits [14]. This study shows that in dimensions of adolescent temperament the harm avoidance is a risk factor for school refusal behavior. The adolescents with anxiety tend to be too scrupulous, nervous, sensitive and unsociable in personality traits meanwhile they have moderately poor social adaptive ability and tense interpersonal relationships, prone to suffer from disorders in emotion and behavior, which will more easily lead to the incidence of school refusal. The novelty seeking, reward dependence and cooperation contribute to factors of school refusal behaviour and proper novelty seeking would drive the behaviour to develop toward inward obstacles, which is a suppression of behavior and to some extent reduces the occurrence of refusal to school [15]. The high score of reward dependency helps an individual quickly respond to the request sent by others, thus generating warm attachment in one another and constructing stable and good social relationship as well as social support system [5].

In summary, because parents are main caregivers of a teenager in his or her daily life and learning process, their personality will exert certain influences on the temperament and school refusal behavior in adolescences. 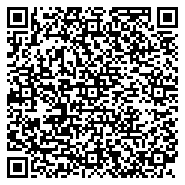