The specific DNA synthesis activity of DNA polymerase kappa (Pol k) during translesion replication, progression of replication forks through challenging replication regions, restart of stalled forks, and replication checkpoint effectiveness have all received considerable attention to date. Pol k is also necessary for the stabilisation of forks that have stalled, though the mechanisms are unclear. In this study, we discovered an unexpected function for Pol k in regulating checkpoint kinase 1 (Chk1), a crucial player in replication checkpoint. In the nuclei of four human cell lines, we discovered that the loss of Pol k reduced the level of the Chk1 protein. To maintain the Chk1 protein pool throughout the cell cycle, Pol k-and not the other Y family polymerase members-is necessary. We demonstrated how Pol k depletion impacted Chk1's protein stability and guarded it against proteasome degradation. Importantly, we also discovered that the repressions of Chk1 could compensate for the fork restart defects seen in Pol k-depleted cells. Surprisingly, this new role for Pol k does not depend on its catalytic activity. We suggest that Chk1 stability caused by Pol k may help to protect stalled forks.

A variety of DNA damage caused by exposure to exogenous and endogenous genotoxic agents must constantly be managed by cells. To deal with DNA damage and prevent the replication fork blockage during S phase, cellular responses such as signalling damage repair or bypassing the damage are necessary. To prevent the spread of DNA damage to daughter cells, cells must control the buildup of stalled forks also known as replication stress. The activation of the ATR/checkpoint kinase 1 (Chk1) replication checkpoint which detects stalled replication forks permits their stabilisation and repair prevents the firing of late replication origins and inhibits entry into mitosis until replication is finished is a crucial component of the cell's response to replication stress [1].

Due to Pol k's diverse roles, it follows that tight control of its cellular level is necessary to prevent disruption of genome maintenance. Its aberrant recruitment to replication forks in cells lacking USP1 or p21CDNKN1 reduces fork speed in untreated cells and its overexpression is linked to tumorigenesis in mice instability of CFS, DNA breaks and fork instability in untreated cells. Additionally, Pol k's normal subcellular localization can be impacted by dysregulation of its expression, which can also result in drug resistance. In untreated cells, Pol k depletion induces replication-related signs and symptoms [2].

Stress without Chk1 is also characterised by the expression of common fragile site features, including RPA focus formation, g-H2AX in S phase, and endogenous single-stranded DNA (ssDNA) accumulation and DNA breaks, respectively. The stability of Chk1 in mammalian cells is regulated by Pol k, as we have revealed in this study, which was an unexpected role for this protein. We discovered that Chk1 protein level is decreased in the nuclei of four different human cell lines when Pol k is depleted but not the other Y family polymerase members. Surprisingly, this regulation happens at every stage of the cell cycle and is not dependent on Pol k's catalytic activity. Chk1's mRNA expression is unaffected by Pol K depletion, but it is more likely to be degraded via the proteasomal pathway. Finally, we discovered a connection between the low levels of Chk1 and the replication flaws seen in Pol k-depleted cells. Our research as a whole shows that Pol k plays a catalytically unrelated role in genome maintenance [3,4].

The GFP-Pol k -Dead also restored the Chk1 protein level in cells depleted of endogenous Pol k, which is an interesting demonstration that the catalytic activity of Pol k is not required to maintain the Chk1 protein level. It has previously been suggested that other polymerases have a noncatalytic function. It has been demonstrated that Pol h functions as a link between PCNA and the ubiquitin-protein ligase Rad18 and favours Rad18's monoubiquitination of PCNA regardless of the latter's polymerase activity. The C terminus of Rev1, but not the catalytic activity, is necessary to recruit the TLS DNA polymerases Pol h, Pol i, and Pol k for DNA damage tolerance. The Chk1-regulatory function of Pol k, which is independent of its catalytic activity, could help in understanding some recent observations from the literature. Human lymphoblastic Nalm6 cells engineered to express a catalytically dead Pol k mutant showed the same sensitivity to oxidative stress induced by hydro-gen peroxide and menadione as Pol k wildtype cells, while Pol k knockout counterpart cells were highly sensitive [5].

The Cds1 and Chk1 fusion proteins were expressed in insect cells, affinity purified, and incubated in extracts of HeLa cells in the presence of an ATP-regenerating system to facilitate biochemical analysis. After 30 minutes at 30ºC, EDTA was added to the extract to inhibit kinases and the rate of Cdc2- Cyclin B dephosphorylation In these assays, it was discovered that His6-Cds1 and His6-Chk1 both significantly decreased the activation of Cdc2-Cyclin B. Cdc2's reduced activation required ATP and was dose-dependent (data not shown). The activation that happened when too much GST-Cdc25C was added after kinase treatment proved that His6-Chk1 or His6- Cds1 did not irreversibly inhibit Cdc2. Therefore, both His6- Cds1. 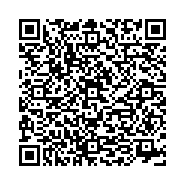