A comparative study: transecting versus avoiding incision of the anterior placenta previa

Conclusions: Avoiding incision of the anterior placenta previa may help reduce the risk of intrapartum hemorrhage and neonatal acidosis.

Placenta previa is a potentially life-threatening condition for both mother and infant. It is an inequivocal indication for cesarean section, but nonetheless can be a challenging delivery to complete safely. One study reported the incidence of placenta previa to be approximately 0.4% [1]. The incidence of excessive blood loss, massive transfusion, hysterectomy, and fetal anemia has been reported to be higher when the placenta is anteriorly located than when it is posteriorly located [2,3]. Limited data are available regarding the preferred delivery method among women with anterior placenta previa.

We employed procedure for cesarean section developed from the method described by Ward et al. [4]. This method of avoiding incision of the placenta to rupture the membranes can avoid transecting the placenta, and may help to reduce the risk of maternal and fetal hemorrhage.

Data of women with anterior placenta previa who underwent cesarean section at the Guangzhou Women and Children’s Medical Center from June 2011 to July 2013 were extracted and used for the present study. The inclusion criteria were as follows: women had anterior placenta previa diagnosed by ultrasound and the placenta covered >50% of the anterior uterine wall, and singleton pregnancies. Patients with placenta accreta were excluded (one patient was diagnosed with placenta accreta during delivery by cesarean section) from the study. A total of 32 patients were treated with traditional transection of the placenta to rupture the membranes during cesarean delivery (transection group), while 22 patients were treated by partial separation of the placenta, avoiding incision of the placenta, to rupture the membranes and deliver the infant (non-transection group). Table 1 shows the demographic and clinical characteristics of the two groups. The operative time, fetal labor time, Estimated Blood Loss (EBL), Apgar score, new-born hemoglobin level, and blood gas analysis were all obtained from the patient records.

The study protocol was approved by the Research Ethics Committee of Guangzhou Women and Children’s Medical Center and all patients gave their informed consent before study commencement.

Before C/S, ultrasound was used to locate the position of the placenta, including placental boundary (relationship between boundary and pubic symphysis, navel, and other identification landmarks), placental thickness, umbilical cord insertion site, fetal position, and whether or not placenta accreta was present.

Transection method: A routine incision is made in the lower uterine segment, followed by blunt dissection of the myometrium, and rapid transection of the placenta to rupture the membranes and deliver the neonate.

Statistical analysis was performed using SPSS10.0 software (need manufacturer and location here). Continuous variables were compared using independent t test and Mann-Whitney U test for normal and non-normal variables, respectively. A p value of <0.05 was considered to be statistically significant.

The maternal age, gravidity, parity, gestational age, and neonatal birth weight did not significantly differ between the transection and non-transection groups.

Placenta previa is an important cause of intrapartum hemorrhage. Many studies have indicated that patients with placentas attached to the posterior wall of the uterus have less bleeding than women whose placentas are attached to the anterior wall [3,5,6]. Cesarean section is the usual route of delivery for these patients. The optimal method of cesarean delivery for patients with anterior placenta previa has not yet been established and it must be better evaluated to reduce maternal blood loss and avoid harm to the baby.

The traditional Pfannenstiel technique requires a surgical incision of 12-13 cm in length that allows access to the abdomen. If surgeons are unable to avoid the placenta in case of anteriorly placed placentas, they transect the placenta, extending the incision to both sides of the placenta, thereby releasing amniotic fluid for delivery [11,12]. This method is done blind. The amount of bleeding may differ depending on the position of incision on the placenta. For example, blood loss may be higher if the central part of the placenta or the part to which the umbilical cord is attached is incised, as this would lead to rupture of blood vessels during the operation. 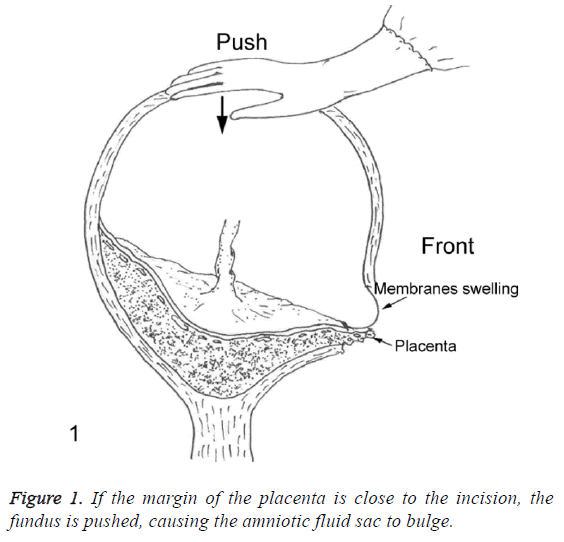 Figure 1: If the margin of the placenta is close to the incision, the fundus is pushed, causing the amniotic fluid sac to bulge. 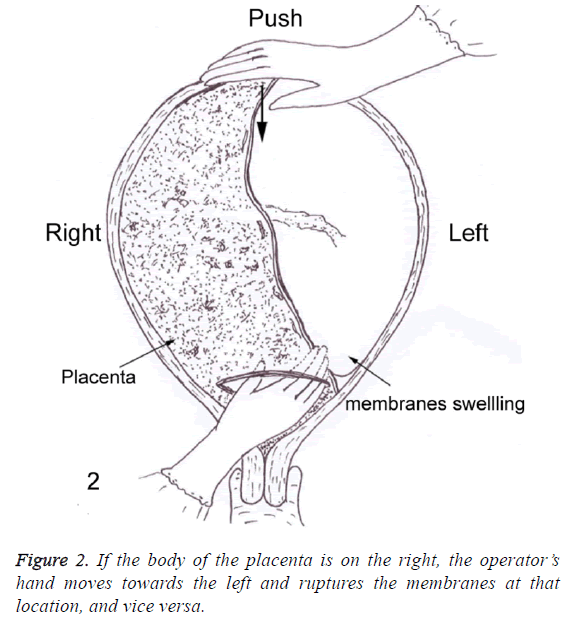 Figure 2: If the body of the placenta is on the right, the operator’s hand moves towards the left and ruptures the membranes at that location, and vice versa. 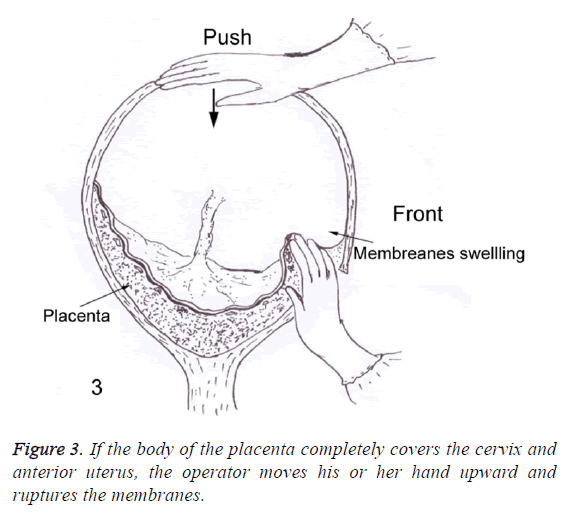 Figure 3: If the body of the placenta completely covers the cervix and anterior uterus, the operator moves his or her hand upward and ruptures the membranes. 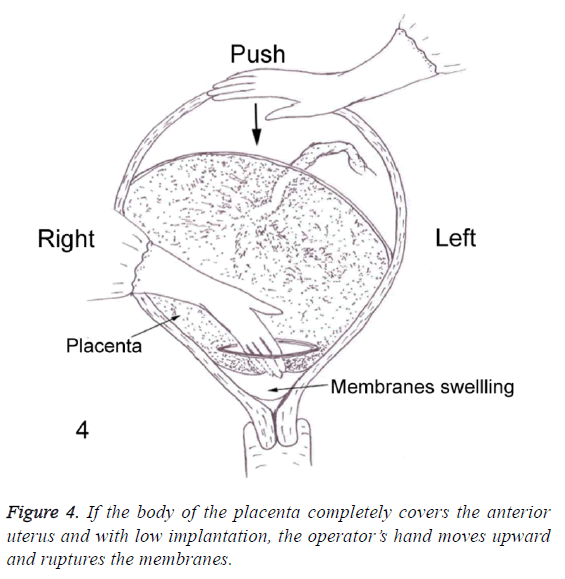 Figure 4: If the body of the placenta completely covers the anterior uterus and with low implantation, the operator’s hand moves upward and ruptures the membranes.

By following the guidelines described above, the integrity of the placenta can be maintained. A method of sharp dissection should be adopted to make a 2-3 cm incision (if the body of placenta is on the right, the incision can be moved to the left, and vice versa) to arrive at the interface between the uterus and placenta. The uterine wall is then bluntly dissected to moderate width with a forefinger. Assistants should push the uterus from the fundus to move the placenta upward and cause the membranes to bulge or extend outward. The resultant increase in tension in the membranes will make it easier to rupture them.

There are some limitations to this method: The method of lifting the placenta requires some practice, but the procedure is simple and it is easy to train obstetricians. Situations in which the placenta is considerably distant from the incision of the lower uterus can lead to difficulties in childbirth.

At times, transection of the placenta is unavoidable by any method in placenta previa with broad involvement of the anterior uterine wall.

In conclusion, the method we developed and describe in this present study appears to help reduce the risk of intrapartum hemorrhage and may reduce neonatal morbidity. This approach could be selected for treating anterior placenta previa in clinical practice.

Limitations to this Study

You need to include these one is small sample size with potential beta-error. Another is retrospective, non-randomized design.

This study was retrospective in nature, therefore for this type of study formal consent is not required.