A comparative study of sodium thiopental and propofol in adenotonsillectomy surgery in children: MOPS score, incidence and severity of agitation

Adenotonsillectomy is the most common of head and neck surgeries, which is mainly done on patients up to 15 y old. Non-narcotic intravenous anesthetics are widely used to facilitate rapid induction of anesthesia or to provide sedation through the MAC in the Intensive Care Unit (ICU). Propofol and sodium thiopenthal are drugs widely used for induction of anesthesia. Emergence Agitation (EA) is one of the most common problems in pediatric patients especially after recovery of anesthesia maintained by volatile anesthetics such as isoflurane. Agitation is defined as a series of physical symptoms or emotional distress that involves the following symptoms separately or in combination: crying, restlessness, coughing, oral manifestations and irrational behaviors. In this study, we aim to demonstrate the effect of Propofol and thiopental sodium on transient agitation isoflurane iodine in adeno-tonsillectomy during recovery time. 40 individuals were enrolled to this project. Analysis showed that using propofol could significantly decrease MOPS score in 4 and 6 h later of the surgery (P<0.05). In addition, it showed that propofol induced lower incidence of agitation in 6 h later in compare to thiopental (P<0.05). However, analysis failed to show any significant difference between 0.25, 0.5, 2 and 4 h later to the surgery. In conclusion, we showed that propofol could decrease the severity and incidence of EA in pediatrics as well as the MOPS score in compare to thiopental at 4 to 6 h after surgery in the recovery room.

Adenotonsillectomy is the most common of head and neck surgeries, which is mainly done on patients up to 15 y old [1,2]. These surgeries need a special anesthetic and require rapid induction and slow withdrawal from anesthesia because coughing could increase intravenous pressure and have adverse effects on the outcome of the surgery [3-5]. Emergence Agitation (EA) is one of the most common problems in the recovery room, especially in pediatric patients. This complication is usually caused by drugs with rapid recovery of anesthesia especially volatile anesthetics [6]. This agitation is defined as a series of physical symptoms or emotional distress that involves the following symptoms separately or in combination: crying, restlessness, coughing, oral manifestations, and irrational behaviors [5,7-9]. Although there is no evidence of the effect of emergent agitation on patient’s long term outcome but it may be cause accidental injuries to the patients and caregivers and lead to parenteral dissatisfaction [10,11].

The aim of this study was to compare the effect of propofol and sodium thiopental on emergent agitation after recovering from isoflurane anesthesia in pediatric patients undergone adeno-tonsillectomy surgeries.

The committee of research approved this study (Birjand University of Medical Sciences) and it was registered in Iranian Registry of Clinical Trials (IRCT) with identification number IRCT2016060121383N6. 40 children aged 3 to 9 y with ASA I and II, scheduled for elective tonsillectomy surgery were recruited for this prospective, randomized, double-blind study, from April to December 2011 in Valiasr Hospital of Birjand. Using concealed envelopes, patients were randomly assigned to receive either intravenous thiopental (Group T: n=20) or propofol (Group B: P=20) as the anesthetic induction agent. Patients were randomly assigned to one of the two groups of anesthetizing induction with Thiopental (T) or Propofol (P). The preparation and administration of anesthetic induction medication were done by an independent researcher who had no role in the study and the investigator and the statistical analyst were not aware of the study group.

Patients with behavioral and psychiatric disorders or specific illness will be excluded from the study. Patients will be transferred to the operating room after 8 h of fasting and insert a venous catheter 1 h before surgery and infusion of ringer at 5 CC/kg in each of the two groups. The anesthesia was induced by midazolam 1 mg, fentanyl 2 μg/kg, propofol 2 mg/kg in P group or thiopental 5 mg/kg in T group and atracuriume 0.5 mg/kg. In both groups anesthesia was maintained by the mixture of isoflurane at a dose of 1% nitric oxide (3 lit/min) and oxygen (2 lit/min). Patients undergo non-invasive blood pressure monitoring, heart rate and peripheral oxygen saturation. At the end of the surgery, isoflurane and nitrous oxide will be discontinued, and all patients will receive 100% oxygen (6 lit/min) and acetaminophen (15 mg/kg) after the patient has opened his eyes spontaneously or with spontaneous respiration Normal, as aesthetic transition, and patients will be transferred to the Post-Anesthetic Care Unit (PACU).

The agitation of patients (EA) was evaluated by nurses who were unaware of the study group at 15, 30 min after arrival to the PACU then in 2, 4 and 6 h after surgery on the ward by another researcher who was blinded to patient’s group study. We used from Modified Objective Pain Scale (MOPS: 0-6) score for evaluation of agitation. Patients with MOPS score of ≥ 3 were considered as EA. Patients with restlessness who are at risk of self-harm will be controlled by nurses. Harmful events such as nausea and vomiting, loss of arterial oxygen saturation (SPO2<94 in room air) and stridor will be recorded. Postoperative pain was controlled by intravenous acetaminophen (15 mg/kg) and nausea and vomiting with intravenous metoclopramide (2 mg/ kg). Oxygen therapy will also be done (Table 1).

Statistical analysis was done with IBM SPSS version 24, fisher and chi-square test with the significant P value<0.05. Also, the power of the analysis were clarified, with G*Power software, more than 80 percent.

In this study, 40 individuals were enrolled to this project. We randomly divided these individuals into two groups P and T. T got thiopental and P got propofol. The demographic data (age, sex and weight) were comparable between two groups. We recorded the data at 15 and 30 min after surgery and 2, 4, and 6 h. Analysis showed that there is no significant difference between 15, 30 min and 2 h after surgery in MOPS score (P>0.05). However, it showed that using propofol could significantly decrease MOPS score in 4 and 6 h later of the surgery (P<0.05). As shown in Table 2, the data clearly showed that propofol could decrease the MOPS score in compare to thiopental groups.

In this study, we showed that propofol could significantly decrease the MOPS score and incidence of agitation in 4 to 6 h later. Past studies showed that sevoflurane is associated to the raised incidence of EA [10-14]. There have been two investigations determining the deterrent impact of ultra-short-acting barbiturate against EA. Levis et al. published that intraoperative injection of thiopental, an ultra-short-acting barbiturate, was correlated with a lower-frequent rate of EA in the pediatric PACU in their cohort study [15]. The different randomized research also announced that thiopental administered during induction reduced the incidence of EA in pediatric patients recovering from halothane anesthesia [16]. However, few studies have reviewed whether ultra-short-acting barbiturates have a preventive effect against EA after sevoflurane anesthesia. Until now, many pharmacological factors with various routes or timing of treatment were studied to prevent EA after sevoflurane anesthesia. Administration of small doses of propofol, midazolam, ketamine, fentanyle or dexmedetomidine at the end of sevoflurane anesthesia has shown promising results for this purpose [5,17,18]. Among them, propofol and midazolam are sedative drugs, the hypnotic and sedative actions of which are mediated by potentiation of Gamma-Aminobutyric Acid type A (GABAA) receptor activity in the central nervous system, similar to barbiturates [18,19]. Khalili et al. investigated the role of premeditation of midazolam and ketamine in the control of postoperative agitation in children [20]. This double blind clinical trial was performed on children aged 1 to 6 y who had short-term elective surgery on the lower abdomen and limbs. Patients were randomly assigned to either midazolam (1.0 mg/kg), or ketamine 0.5 mg/kg intravenous was used as a precursor. The psychological state of children, the incidence and severity of agitation following premedication, as well as the severity of pain, the association between pain and agitation, and the effect of premedication on anesthetic, the results showed that administration of midazolam in comparison with ketamine could significantly reduce the frequency of agitation (p=0.03) and the mean duration of it after surgery (p=0.04). There was no significant difference in the severity of agitation, pain, recovery time and anesthesia between the two groups (p=0.05). This study determined that, given the importance of premedication in children, midazolam, and ketamine, both drugs can prevent severe agitation, but midazolam can control agitation more than ketamine.

According to a study by Liu, 40 adults (ASA I-II), after surgery, were transferred to the recovery unit and the agitation level was checked by Aono’s four-point scale (AFPS) [21,22]. The AFPS score was considered to be 3 or 4 for the emergency agitation. Pain levels were measured by numerical scoring scale (NRS) at entry and the peak of recovery value. Eight patients (40%) in the isoflurane and two patients (20%) had emergency agitation in the propofol group (P=0.03). There was no significant correlation between NRS peak and AFPS. Propofol is likely to reduce the risk of agitation when compared with isoflurane in adult patients with radial disturbance.

Tadasuke et al. investigate the effect of an ultra-short intravitreal effect of thiamylal, during induction of general anesthetic on incidence and severity of EA [22]. Fifty-four children (1 to 6 y old) were divided into two groups under subfamily surgery. Patients received intravenous thiamylal (5 mg/kg) (T group) or inhaled sevoflurane (5%) (Group S) as an anesthetic induction agent. After induction, general anesthesia with sevoflurane and nitric oxide gas (N2O) was maintained in both groups. For intraocular control and postoperative pain, caudal block or ilioinguinal/iliohypogastric block was performed. The incidence and severity of EA were evaluated by using a modified pain score (MOPS: 0-6) at 15 and 30 min after the post-anesthetic care unit (recovery). 15 min after entering the recovery, significantly increased EA in the T group (28%) was considerably lower than the S group (64%, p=0.023) and MOPS in the T group (moderate 0, range 0-6) was significantly lower than the S group (mean 4, range 0 to 6, P=0.005). The interruption of sevoflurane did not have a significant effect on the duration of anesthesia [9].

In conclusion, we showed that propofol could decrease the severity and incidence of EA caused by isoflurane in pediatrics as well as the MOPS score in compare to thiopental at 4 to 6 h after surgery in the recovery room. 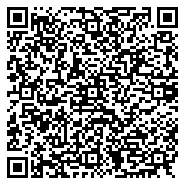