Osteomalacia is a bone disease, characterized by the inability of newly formed bone matrix to undergo mineralization. The most common symptoms are generalized bone pain and widespread body pain, while some patients are asymptomatic. Restless leg syndrome (RLS) is a sensory-motor neurological disease. The main symptoms are abnormal sensations in the legs and dysesthesia. Symptoms worsen at night and affect sleep quality. We present a case of a woman with a progressive hip and feet pain. Many biochemical, clinical, and radiological tests were performed for diagnosis. All were found to be normal. The patient was diagnosed as having RLS. 0.25 mg pramipexole was given for treatment. Patient symptoms patient escalated over six months. The patient was reassessed after six months. Vitamin D levels had not been previously examined. We found low vitamin D and calcium levels, as well as pseudofractures in radiography. The diagnosis was changed to osteomalacia. Vitamin D and calcium treatment were started. Symptoms began to regress from the first week of treatment.

Restless leg syndrome (RLS) is a sensory-motor neurological disease. The typical clinical features of RLS include an irresistible urge to move the legs that prevent falling asleep, accompanied by dysesthesia and motor restlessness. Symptoms may be unilateral at the onset of disease but over time begins to affect both lower extremities together. Symptoms with a circadian property are characteristic of RLS [4].

Osteomalacia with vitamin D deficiency is usually asymptomatic. The main clinical features are widespread pain that affects hip, vertebrae, ribs and the lower extremities [5]. Other symptoms include bone tenderness, proximal muscle weakness, and loss of muscle tissue [5-7]. Fractures and pseudofractures may occur with little or no trauma, typically involving the ribs, vertebrae, and long bones [6]

We describe the case of a woman with a progressive hip and feet pain. The patient was diagnosed with RLS but the symptoms of the patient increased over a six-month period. The diagnosis was changed as osteomalacia. Vitamin D and calcium treatment were started. The patient's symptoms began to regress from the first week.

A 29-year-old Caucasian female patient presented to the orthopedic clinic with symptoms of pain both two hips and feet which had been present for about six months. Right hip pain was more than the left. The pain was aggravated by activity and was independent from sleeping. The patient's blood count (CBC), erythrocyte sedimentation rate (ESR), and C-reactive protein (CRP) levels were measured. These examinations were normal. A right sacroiliac magnetic resonance imaging (MRI) was performed and was normal. The patient was undiagnosed by orthopedic clinic. Then patient was presented to the neurology clinic. Electromyography (EMG) was performed by the neurologist and was normal. Restless legs syndrome was diagnosed. 0.25 mg pramipexole was given for treatment.

The patient’s pain was not reduced and also difficulty in moving was started. Because of these symptoms, the patient was presented to our clinic. A detailed anamnesis was taken from the patient. She was a secretary and preferred a conservative or ‘closed’ clothing style. There was no history of chronic diseases such as diabetes mellitus, hypertension, trauma, chronic diarrhea, malabsorption, lactose intolerance, drinking, smoking and history of surgery. Her family history was out of chronic diseases. She was married and had one son at five years old. Her menstrual periods are normal. She lived in Sakarya, which is a city in the eastern Marmara region of Turkey. The annual sunshine duration of Sakarya is 2190 hours/year, well below the average for Turkey (2623 hours/ years). On the physical examination, she was afebrile, and vital signs were stable. The patient's muscles and joints were examined. Redness, pain, swelling, and heat rise were not detected at the joints, but pain and sensitivity was found in the proximal muscles and BMI was measured at 32.3 kg/m2. Neurological examination was performed by a neurologist. The neurologic examination was unremarkable Examination of the lower extremities revealed deformity without any motor deficit. There was no evidence of central and peripheral findings giving lateralization and localization. The questions for the diagnosis of RLS were posed to the patient. Her answers were not compatible with RLS. 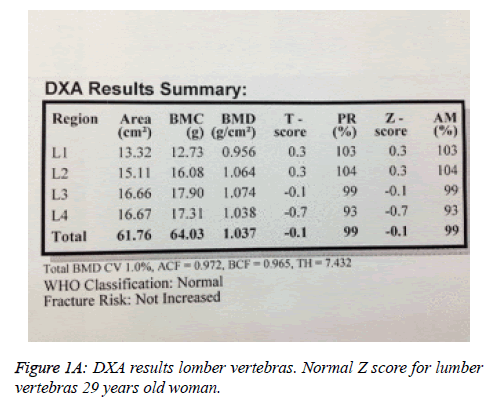 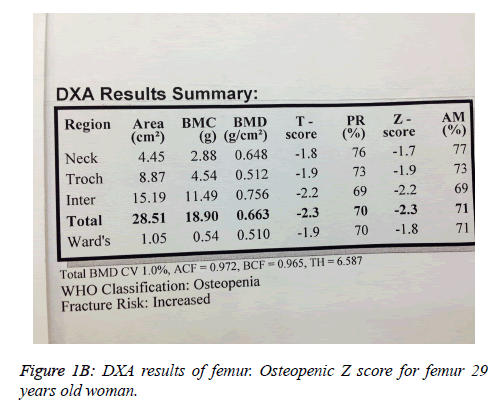 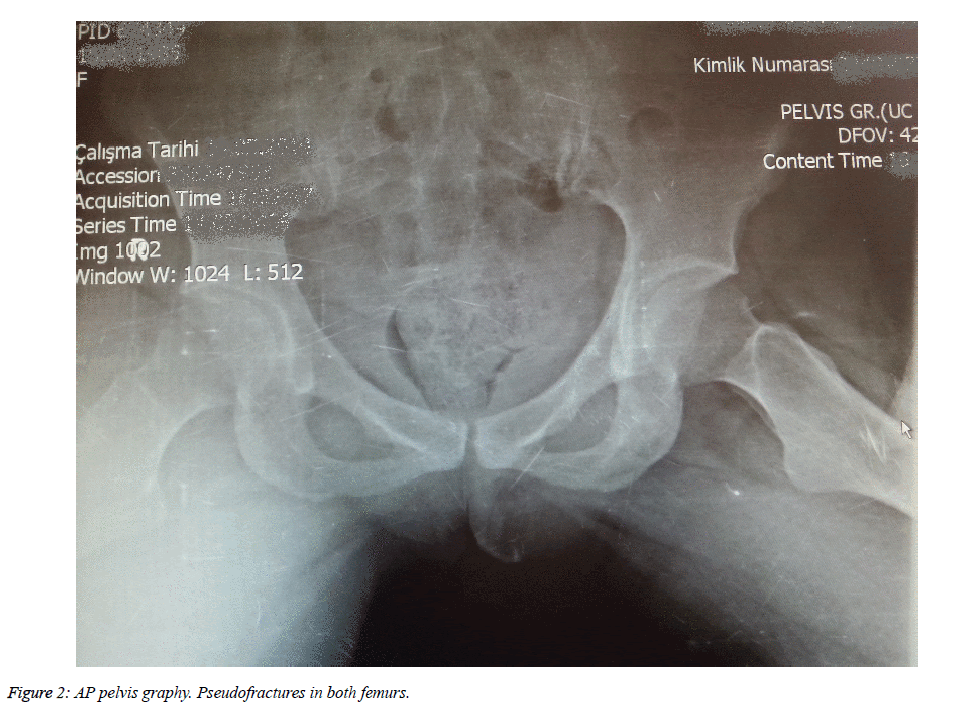 These findings were consistent with osteomalacia with vitamin D deficiency. 50,000 IU/week of oral cholecalciferol was started and pramipexole treatment was stopped. Treatment was changed to 1500-2000 IU/day maintenance treatment after eight weeks. Oral calcium supplements (500 mg/day ionized calcium) were started for hypocalcemia. The patient's symptoms began to movement from the first week. First, pain in the hip and feet reduced within a few days. Then, movement was improved. Her vitamin D levels increased to 68.4 ng/dl, while calcium levels increased to 9.8 mg/dl. Dual energy X-Ray absorptiometer (DXA) was planned for the first year of treatment. RLS was thought to be an incorrect diagnosis after treatment with oral cholecalciferol.

The most important source of vitamin D is the skin, which is generated when sunlight strikes the skin itself. Living and working areas, as well as religious beliefs, directly affect the relationship with sunlight. The amount of daily solar light begins to decrease. Muslim women prefer closed clothing style. This leads not being able to benefit from sunlight. 23% of the world population is Muslim and half of these are women. Approximately 800000 Muslim women are at risk. Haq et al. reported vitamin D deficiency about 80% in the women in United Arab Emirates, Saudi Arabia, and other Middle Eastern countries [8]. 90% of the world population lives in the Northern Hemisphere. Almost five billion people are not able to fully benefit from sunlight. Industrialization is increasing rapidly around the world. This also leads to more people working indoors. Because of these reasons, osteomalacia with vitamin D deficiency is the most common type in the all around the world.

In the literature, most cases of vitamin D deficiency are induced osteomalacia in the Northern Hemisphere [9-11]. Our patient is a Muslim from Turkey. This is consistent with the literature.

Osteomalacia has no specific symptoms. The main clinical features are widespread pain that affects hip, vertebrae, ribs and the lower extremities [5]. The pain is characterized as dull and aching and is aggravated by activity and general weight bearing. Fractures and pseudofractures may occur with little or no trauma, typically involving the ribs, vertebrae, and long bones [9]. The muscle weakness is characteristically proximal and may be associated with muscle wasting, hypotonia, and discomfort with movement [6].

Restless legs syndrome (RLS), also called Willis-Ekbom disease, is a disease characterized by need or urge to move the legs, usually accompanied by discomfort or annoyance. Symptoms are worse or exclusively present at rest or inactivity, sitting, or lying down. Symptoms are totally or partially relieved with movement. Perceived symptoms during rest and inactivity worsen or occur exclusively at night. The above symptoms are not better explained by other diseases or conditions [14]. These are diagnostic criteria of RLS. Patients must present with all criteria for diagnosis. Diagnosis is based on reported or observed symptoms in the patients. There is no radiologic, biochemical, or laboratory tests for diagnosis [14].

An extensive medical history was not taken from the patient. The doctor did not ask questions concerning RLS, and the methods of diagnosis and the diagnosis itself were incorrect. Our patient had no RLS symptoms. CRP, ESR, and CBC levels were found to be in the normal range. EMG and MRI were carried out. EMG is not typically used in the diagnosis of RLS. Pramipexole is the first line treatment of RLS, and low doses of dopaminergic agents are also used. Our patient used pramipexole, but the diagnosis was incorrect. There was no regression in symptoms with medical treatment. For these reasons, we did not suspect RLS in our patient and carefully reviewed the diagnosis. She had a history of inadequate sunlight exposure. We measured vitamin D levels and found them to be low. Other laboratory tests and radiological examinations were consistent with osteomalacia.

Osteomalacia is a common disease in muslim countries and should not be neglected, especially in female patients who get less contact with sunlight. Detailed anamnesis must be taken from all patients. Examinations for osteomalacia are indicated in patients presenting with symptoms such as difficulty in walking or muscle and joint pain.