A brief note on pathology and physiology

This note on of pathology and physiology explains about pathology that is a medical science that explains the conditions that occur during a disease state, whereas physiology is a biological field that defines the processes and mechanisms that occur within an organism. Pathology is concerned with the abnormal or undesirable condition, whereas pathophysiology is concerned with the functional changes that occur within an individual as a result of a disease or pathologic state.

Johannes Müller led the establishment of physiology research separate from medical research in Germany in the 1830s. Also, in the case of sepsis, Davaine had injected rabbits with a highly diluted, tiny amount of putrid blood, duplicated the disease, and coined the term ferment of putrefaction, but it was unclear whether this referred to a microorganism like Pasteur's term ferment or a chemical like it did for many others. Koch published Aetiology of Traumatic Infectious Diseases in 1878, a work unlike any other, in which Koch "was able to show, in a manner practically conclusive, that a number of diseases, by the injection of putrid materials into animals," according to a historian.

Koch utilised bacteriology and new aniline dye staining processes to determine specific bacteria for each. The germ theory of disease established the idea of a cause that could be found through scientific research.

The earliest biomedical institutes, Pasteur Institute and Berlin Institute for Infectious Diseases, were formed in 1888 and 1891, respectively, with Pasteur and Koch as the first directors. The Rockefeller Institute for Medical Research, America's first biomedical institute, was formed in 1901 with Welch as its scientific director, who hired his former Hopkins student Simon Flexner as director of pathology and bacteriology laboratories. During World Wars I and II, the Rockefeller Institute came to popularity as the world's leader in biomedical research.

The 1918 pandemic prompted a frantic hunt for its cause, despite the fact that the majority of deaths were due to lobar pneumonia, which had already been linked to pneumococcal invasion. In 1928, Fred Griffith, a pathologist at the Ministry of Health in London, discovered pneumococcal transition from virulent to a virulent and across antigenic kinds-nearly a species flip-inquiring about pneumonia's particular cause.

The laboratory of America's leading pneumococcal expert, Oswald Avery of the Rockefeller Institute, was so disturbed by the report that they refused to repeat it.

Mendelian genetics began in 1900, but by 1903, inheritance of Mendelian characteristics had been limited to chromosomes, resulting in chromosomal genetics. In the same decade, biochemistry was born. Most scientists thought regarded the cell as a "bag of chemicals"-a membrane holding simply loose molecules in chaotic motion-and chromosomes as the sole unique cell structures, which bacteria lacked.

Because chromosomal DNA was thought to be too simple, genes in chromosomal proteins were sought. However, in 1953, American biologist James Watson, British physicist Francis Crick, and British chemist Rosalind Franklin deduced DNA's basic structure-a double helix-and proposed that it spell a word.

The Rockefeller Foundation had initiated and sponsored the molecular biology research project in the late 1930s, which was conducted principally by physicist Max Delbrück at Caltech and Vanderbilt University and investigated basic explanations of organisms and life. However, the existence of organelles in cells was disputed due to the inability to observe them using ordinary light microscopy. Cell biology emerged as a new discipline around 1940, largely as a result of cancer research at the Rockefeller Institute, filling the vast gap between cytology and biochemistry by using new technology—ultracentrifuge and electron microscope—to identify and deconstruct cell structures, functions, and mechanisms. 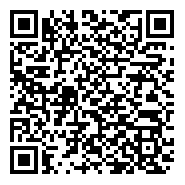