A brief note on cellular transformation in lung tissues

Lung cancer, commonly known as lung carcinoma because it represents for about 98–99 % of all lung cancers, is a malignant lung tumour characterised by cellular transformation in lung tissues. Lung carcinomas occur from epithelial cells that have been converted into malignant cells, or from tissues made up of epithelial cells. Other lung cancers, such as the rare sarcomas of the lung, are caused by the malignant transformation of mesenchymal cells' connective tissues (nerve, fat, muscle, and bone). Lung cancer can also be caused by lymphomas and melanomas (cells of the lymphoid and melanocyte lineages).

This uncontrolled development can eventually spread beyond the lung, either by direct extension into the lymphatic circulation or by hematogenous, bloodborne spread - a process known as metastasis – into surrounding tissue or further removed regions of the body. Primary lung cancers, also known as carcinomas, are the most common cancers that begin in the lungs. Small-cell lung carcinoma (SCLC) and non-small-cell lung cancer (NSCLC) are the two most common varieties (NSCLC). Coughing (including coughing up blood), weight loss, shortness of breath, and chest aches are the most prevalent symptoms.

Lung cancers are caused by long-term tobacco use in the majority of cases (85%). People who have never smoked account for 10-15 percent of instances. A combination of genetic factors plus exposure to radon gas, asbestos, secondhand smoke, or other forms of air pollution are frequently responsible for these cases. Chest radiography and Computed Tomography (CT) scans can reveal lung cancer. Biopsy, which is usually done with bronchoscopy or CT guidance, enables the detection.

The most effective method of prevention is to avoid risk factors such as smoking and air pollution. The type of cancer, the stage (degree of spread), and the person's overall health all influence treatment and long-term outcomes. The majority of cases are incurable. Surgery, chemotherapy, and radiotherapy are all common treatments. Surgery is sometimes used to treat NSCLC, although chemotherapy and radiotherapy are frequently used to treat SCLC.

Lung cancer affected 2.2 million people worldwide in 2020, causing in 1.8 million deaths. It is the main cause of cancerrelated death in men and the foremost cause of cancer-related death in women, after breast cancer. . The five-year survival rate in the United States is 20.5 percent, while it is 41.4 % in Japan. In the developing world, the outcomes are usually worse.

There are at least 73 identified carcinogens in cigarette smoke, including benzopyrene, NNK, 1,3-butadiene, and polonium-210, a radioactive isotope of polonium. In the year 2000, smoking was involved for 90% of lung cancer deaths in males and 70% of lung cancer deaths in women across the developed countries. Vaping may increase the risk of lung cancer, although it is less so than smoking, and more research is needed due to the long time it takes for lung cancer to develop after exposure to drugs.

Nonsmokers could get lung cancer by passive smoking, that is when they inhale smoke from someone who is smoking. Someone who lives or works with a smoker is considered a passive smoker. Passive smoking has been linked to a significantly higher risk in studies conducted in the United States, the United Kingdom, and other European countries. The likelihood of having lung cancer rises by 25-28%. Exhaust smoke appears to be more harmful than direct smoking, according to investigations. 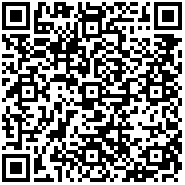