Hair loss is classified into two types. Cicatricial alopecia is a rare form of alopecia characterised by inflammation that permanently affects the hair follicle. In clinical practise, noncicatricial forms account for the vast majority of alopecia cases. Unlike male pattern hair loss, which is predominantly hereditary and caused by androgenic mechanisms, less than half of women with hair loss have genetic causes. The other occurrences are caused by a variety of factors, some of which could indicate an underlying ailment. One of the most prevalent reasons women seek dermatological consultations is female pattern hair loss (FPHL), also known as nonscarring alopecia. 1,2 Hair loss is distressing at any age, and it frequently results in severe psychological discomfort and a loss of self-esteem, which can have a negative impact on daily living. In a poll of Australian women, 40% stated their hair loss was causing marital problems, while 64% said their hair loss was causing problems at work [1].

Miniaturization of the hair follicle occurs in FPHL, which is a progressive, non-scarring illness. The hair shaft changes from a thick, terminal strand to a villous, short, thin, and non-pigmented strand throughout time. This type of hair thinning and stunted growth affects approximately 49 percent to 55 percent of women over the age of 70. It is more common among White women than among Korean, Asian, or African American women. In 40 percent to 54 percent of individuals, especially those with earlier onset, a hereditary component has been identified. The pathogenesis of FPHL is unknown, although the occurrence of a first onset, which commonly occurs during reproductive years, with a second peak post menopause, suggests a hormonal component. According to some research, the follicle in FPHL has a shorter development cycle and may be lost sooner than normal. Increasing age, family history, smoking, higher fasting glucose levels, and UV radiation exposure of more than 16 hours per week have all been identified as risk factors for FPHL [2].

However, physical effects are also a possibility. Although no definitive links between FPHL and insulin resistance or atherosclerosis have been identified, it is thought to be a marker indicating an elevated risk of cardiovascular and metabolic illnesses. 1,3 A diagnosis of FPHL is related with underlying hypertension in women of childbearing years, and it is suggestive of coronary artery disease in women over the age of 50. Growth (anagen), transition (catagen), and resting are the three primary phases of hair growth (telogen). In a healthy younger person, the growth phase lasts an average of 2 to 8 years, with the majority of the hair in this phase at any given moment [3].

Increased hair loss at the top of the head is a symptom of FPHL, which is commonly confused with natural periods of severe shedding linked with life stressors. The American Academy of Dermatology estimates that adults shed between 50 and 100 hairs every day from their heads and other body areas. 4 Shedding more than 100 hairs per day is diagnosed as telogen effluvium, a transitory disorder caused by genetic factors.

• Having recently given birth

• You're under a lot of pressure (caring for a loved one who is sick, going through a divorce, losing a job)

• Recent surgery for a high temperature

Women's hair loss treatments differ depending on the underlying cause, but they are quite restricted. Minoxidil 2 percent solution is the first-line treatment for the most frequent forms of FPHL. Minoxidil is a potassium channel blocker that enhances local blood flow to hair follicles and prolongs the anagen phase of the hair-growth cycle when applied topically [4]. 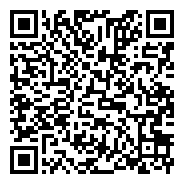