Waste management transformation in China: The road to sustainability with a circular economy based on digitalization.

Citation: Avtar R. Waste management transformation in China: The road to sustainability with a circular economy based on digitalization. Environ Waste Management Recycling. 2022;5(2):110

In China, environmental pollution due to municipal solid waste over generation is one of the country`s priority concerns. Increasing waste volume and complexity poses serious risks to the environment and public health. The annual growth rate of MSW production is currently estimated at about 8-10% and is expected to increase to 323 million tons (Mt) by 2030. Based on secondary data collected from literature reviews, this article critically assesses recent advances in MSW management (MSWM) in China and provides new insights into waste management in the era of Industry 4.0. This will help Chinese decision makers plan a smooth transition to the Circular Economy (CE) in the waste sector across the country. It is evidence that digitalization is a driving force for China to move towards low carbon development strategies within the framework of CE. Through digitalization, the waste sector has promoted waste prevention, reduction, reuse and recycling (3Rs) before sending waste to landfills. Proper implementation of digital waste recycling contributes to efficient public-private cooperation, increased employment opportunities, and the promotion of resource conservation. This work is expected not only to contribute to the construction of an integrated MSWM system in China, but also to improve the local MSWM through digitalization within CE [1].

Over the last few decades, China has achieved rapid economic development due to urbanization. The country has a large population of 1.4 billion and its gross domestic product (GDP) is increasing. Since the introduction of the Open Door Policy in the 1980s, China's economy has grown significantly, with GDP rising to US $ 1.015986.6 billion. The pace and scale of China's economic development is unmatched anywhere in the world. The country's standard of living has improved significantly and its strong economic growth has contributed significantly to the world's economic growth, but its peaceful rise faces major environmental problems. China has recently faced overproduction of solid waste. One of the sources of waste is construction waste and mining. Consequently, environmental pollution has increased in severity and constrained its socioeconomic development. Over 80% of China`s cities consist of organic garbage. In addition, increasing population growth and urbanization contribute to the over generation of MSW [2].

Disposal of large amounts of household waste also plagues other developing countries. In 2020, the total annual production of household waste reached 235.12 million tons. The global combined annual growth rate of MSW is 8.4%, which is lower than that of China (10%). The MSW disposal rate in 2014 reached 91.8%, which is higher than the 66.8% in 2008. As the amount of MSW generated increases year by year, more than 25% of cities do not have a convenient place to dispose of waste, and more than 60% of cities face waste. China's current challenges include reducing consumption to avoid waste generation and improving recycling rates for communities to produce far more waste than non-industrial communities. It will be. Traditional technical practices are not sufficient to sustainably manage the waste burden. To counter this, new technologies in the era of Industry 4.0 can provide tools such as digital solutions for treating non-biodegradable waste. In addition, an integrated management system and enforced government policy implementation are essential to the success of MSWM. China's role in balancing economic growth and environmental protection is of paramount importance as the main driver of global economic growth. To ensure that this continues from generation to generation of leaders, developing a solid MSWM policy is China's top priority. However, fiscal policy and its management are complicated because China has encountered multiple challenges in recent years amidst the COVID19 global pandemic [3]. 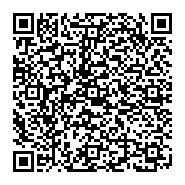