Background: Templating in Total Knee Arthroplasty (TKA) is an integral part of pre-op planning allowing surgeons to estimate the probable size and position of an implant prior to surgery. In order to provide an easier approach to accurately estimate the size of femoral component without the use of digital and analogue techniques, the study sought to predict component size using body anthropometric parameters.

Methods and Findings: We retrospectively reviewed 40 patients who had TKA but included only 24 female patients in the final analysis due to incomplete data in some cases. Preliminary analysis was done to explore the relationship between femoral component size and patients' age, height, Weight and BMI and found that only height significantly correlated with femoral component size. A simple linear regression model was generated with height as the predictor variable. This predictive model was later applied to a different consecutive series for validation. The model exactly predicted component size in only 30.4% of cases whiles 65.2% of model predictions were within 1 size unit of the actual components implanted. In addition, 100% of the model predictions were within 2 size units of the actual femoral components implanted.

Conclusion: Although our model was less accurate compared to other reported models for TKA, it remains among the very few to be conducted in a West African setting and will serve as a basis for further research of TKA Templating in the region.

Templating is a process of estimating the probable size and position of an implant prior to surgery [1]. The correct approximation of the size of various implants required for surgeries as in the case of arthroplasties, determine to a very large extent the success of the procedure [2]. Pre-Op Templating also helps ensure that the appropriate size and options of implant are available in the operating room whiles serving as a baseline during surgery [3]. The existing methods for pre-op templating in arthroplasties includes analogue and digital techniques [4-9], which is reported to have about 50% accuracy for predicting the femoral components. Nevertheless, some studies have shown higher degree of accuracy (82.5%) in the exact prediction of actual femoral components [10]. The emergence of modern digital imaging software such as Picture Archiving and Computer Systems (PACS) has improved radiographic image resolution, storage and retrieval [11] and enhanced the effectiveness of digital templating [12,13] but benefits of digital templating over analogue approaches remains arguable [5,13]. Besides, the accuracy of digital templating is dependent on correct magnification [14-16]. Consequently, some studies have applied other parameters including patients’ anthropometric characteristics for pre-op templating independent of radiographic images [3,17]. Miller and Purtill, for example, improved the accuracy of TKA Templating using patients’ characteristics and reported 100% accuracy within 1 size of the actual component sizes [3]. As the demand of TKA continues to increase [18], the need for pre-op Templating becomes much more essential for planning. However, the organizational and technical considerations required for digital Templating [19] may explain why digital Templating remains a challenge in developing countries such as Ghana. Therefore the use of body anthropometry in predicting implant sizes, as an alternative to digital Templating, remains a viable option in the pre-op planning of Knee Arthroplasties in developing countries. In this study, the authors describe the use of body anthropometries in predicting implant sizes among patients who have undergone TKA in Ghana.

Ethical approval for the study was sought from the Institutional Review Board (IRD) of the Noguchi Memorial Institute for Medical Research (NMIMR-IRB study protocol number 105/15-16). Consecutive patients who underwent primary TKA from Jan, 2014 - Dec, 2015 were identified retrospectively from the FOCOS Joint Registry. Inclusion criteria were patients with complete anthropometric data, and true lateral radiographs of the knee. Exclusion criteria were patients with incomplete anthropometric measures. All surgeries were conducted by the same surgeon and all radiographs were taken by the same team of radiographers. Patients who had bilateral TKA simultaneously were included once and the most representative radiographs were used. For patients who had multiple radiographs taken pre-operatively, the most representative true lateral radiographs were used for Templating. All femoral components used were Posterior Stabilized implants of the DePuy PFC Sigma fixed bearing system. Standardized DePuy Sigma instruments and technique were used for intra-operative component fixation. Forty (40) patients were initially identified. Ten (10) were excluded because of incomplete anthropometric data. The lateral knee radiographs of the 30 patients were reviewed for correct rotation and alignment. Three more patients were excluded from the study for not having the true lateral X-ray leaving a cohort of 27 patients (24 females and 3 males) available for the study. We decided to exclude the remaining 3 male patients from the study due to under-representation in this cohort. Subsequent analysis was restricted to the 24 female patients. Data collected included age, weight, height and Body Mass Index (BMI). Operative data was examined for the femoral component sizes implanted at the final cementation. Data was initially collected in Microsoft excel and imported into SPSS (version 22) for analysis. Predictive model was evaluated using patients’ characteristics and the outcome variable was femoral component size. Pearson correlations were initially performed between the outcome variable and patients characteristics. Patients’ characteristics which showed significant correlation (p<0.05) were included in the final predictive model. The model was internally validated using a different set of 23 Female consecutive patients who had TKA performed by the same surgeon. Predicted sizes were considered as exact matches if they were less than 0.5 size unit. Predicted sizes that differed 1.5 sizes units were considered within 1 size and similar measurements applied to those within 2 size units.

Data of 24 Female patients included in the analysis.

The regression equation derived was:

Accuracy of predictive model in different sets of patients.

Pre-op planning for TKA is very integral for successful surgeries. As surgical options for knee osteoarthritis continues to gain popularity [18], the need for adequate planning even becomes more critical. Templating enables surgeon to anticipate the size of implants to be used during surgery [1-3] and to identify certain challenges that may be encountered due to a patient’s atypical bone anatomy [20].

Though, digital templating is gaining in popularity due to digitalization of radiographs, its accuracy of prediction is comparable to analogue approaches [5,8,13]. Furthermore, digital templating may be affected by incorrect image magnifications [14-16], which is affected by patients’ body habitus, limb rotation, distance from the x-ray source and x-ray technique. In addition, digital x-ray systems and templating software are not readily available in underserved regions. Most hospitals in the sub region would have a lean implant inventory. It is more important for surgeons operating in such resource constrained environments to be able to predict pre-operatively the expected intra-op component size to have such available.

We show that body anthropometry such as height, can be used to predict femoral component sizes addressing the concerns over digital approaches. However, only 65.2% of the model predictions were within 1 size of actual femoral components implanted. This level of accuracy is lower than that reported by Miller and Purtill who showed an accuracy of 100% within 1 size unit [3]. Nevertheless, 100% of our model predictions were within 2 size units. Our model may serve as a guide for surgeons in developing countries where maintenance of digital radiography presents a financial and technical burden. Nevertheless, we advise that other femoral sizes be made available during surgery.

Despite the merits of this study, it had certain limitations. Our sample included only females patients hence may not be transferable to male patients. Moreover, this model is validated for Depuy PFC Sigma Femoral Components and are not transferable to other components and designs. In addition we were unable to control for inter-operator differences in taking x-rays though all technicians had been similarly trained and followed a standard protocol. We were unable to control for patient characteristics including underlying limb deformity/ rotation.

Pre-op templating is integral for effective and efficient TKA although the final decision on the size of implant is made intraoperatively. Body anthropometry such as height which is easily obtained can be used in regression model to provide an estimate of femoral components required during TKA. Thus, applying this model serves as a guide during surgery and enhance intra-op efficiency, especially during the planning for TKA in developing regions such as West Africa. There is the need for further research using females and males, different patient populations, and components designs to ensure generalization and validation of predictive models for TKA components.

The authors will acknowledge staffs of the research department at the FOCOS Orthopaedic Hospital for their support in obtaining the study data.

The study was internally funded by the FOCOS Orthopaedic Hospital. There was no external funding for this study.

The study was approved by the Institutional Review Board (IRD) of the Noguchi Memorial Institute for Medical Research (NMIMR-IRB study protocol number 105/15-16).

The datasets used and/or analysed during the current study are available from the corresponding author on reasonable request. 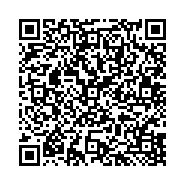