Somatic delusions are not the most common type of delusion, but they can be among the most persistent. People with somatic delusions are completely convinced there is something medically, physically, or biologically wrong with them, and their belief is so strong and sincere they will experience a range of “symptoms” that verify their worst fears. Somatic symptom disorder is one of six delusional disorders recognized by medical authorities, and it is one of the primary causes of somatic delusions. But somatic delusions can also appear during episodes of psychosis, which can manifest in connection with a wide range of psychiatric disorders. To those who have them, somatic delusions are as real as any other type of injury or illness.
For reasons that remain obscure, people with somatic delusions become convinced their organs are damaged or malfunctioning, or that they are suffering from some type of hidden malady, or that their physical appearance has somehow been altered or distorted. Over time, their concern may grow to the point that they will develop aches, pains, and other sensations that seem to verify their worst fears.
Somatic delusions are usually classified as either bizarre or non-bizarre. The latter refer to imagined conditions that bear a resemblance to real-world maladies experienced by real people, while the former involve impossible scenarios that have no grounding in science. Many somatic delusions skirt the line between bizarre and non-bizarre, however, limiting the value of this formal classification scheme. People with somatic delusions may spend months or even years going from physician to physician, from specialist to specialist, searching for confirmation of the reality of their conditions—confirmation that never comes.

This is a case of a male pre-trial inmate in his 30’s admitted into a psychiatric hospital due to self-harm and poor self-care. He had sustained severe injuries in an attempt to remove large portions of his scalp. In fixed somatic delusions such as these, patients tend to fail to respond to a range of antidepressant and antipsychotic medications. This case report presents an instance in which a schizoaffective patient with a fixed somatic delusion was unresponsive to conventional treatment. Also discussed are warning signs for malingering and barriers to treatment in this particular patient population.Delusions relating to the body, a ready source of information about the immediate experiences of psychotic patients, have not been systematically studied. We attempted an account of the phenomena, looking for differences between diagnostic groupings in the type and lateralisation of such phenomena, and for evidence of localisation.

I had interviewed this patient throughout his hospital stay and reviewed the patient’s records, including prior admissions, to attain enough information to put together a plausible set of explanations and differential diagnoses.

The patient believed that someone had put super glue under the skin of his scalp while he was sleeping in his jail cell, and that the only way to remove it was by picking at it until it was gone. His explanations as to who had altered his scalp seemed to vary significantly; at different points, he stated that it had been done by movie stars from Hollywood, fellow inmates in jail, and a distant relative of a friend. Throughout his hospitalization, he had severe excoriation of his scalp, with bright red flesh being clearly visible to the naked eye.

Review of the literature suggests numerous reasons for why people may present with somatic delusions. One hypothesis is that it serves as adefense mechanism to cope with trauma and other stressors. In the case of this patient, prior to his admission he had numerous financial and environmental stressors, such as being unemployed and divorced, as well as a history of physical and emotional trauma.The neurocognitive position conceives delusion as a non-specific, though polymorphic, symptom. The psychopathological position views features of delusion such as content and structure as having meaningful connections with diagnostic entities. This study aims at contributing to this debate by examining the association between delusional themes and diagnosis in a sample of 830 adult psychotic patients. All diagnoses were made by experienced psychiatrists according to DSM-IV or ICD-10 criteria, and in 348 patients were established with the SCID-I. All patients were administered the Brief Psychiatric Rating Scale (BPRS). In each patient, the presence of somatic delusions and delusions of guilt, grandiosity, and persecution was determined by examining the scores on relevant BPRS items. Delusions of guilt were almost pathognomonic for a psychotic depressive condition (psychotic major depression 40%; psychotic bipolar depression 30%; depressed schizoaffective disorder 8%; bipolar and schizoaffective mixed states 6 and 7%, respectively). Only 1% of patients with schizophrenia and no patient with delusional disorder or bipolar or schizoaffective manic state showed such delusions. The difference between unipolar and bipolar depression and the other diagnostic groups was highly significant.

Somatic delusions are still poorly understood, and a wider range of research is still needed to explain the pathophysiology behind delusional symptoms and their association to other psychiatric disorders. Extensive research is also needed to understand how to better treat fixed somatic delusions, as the current treatment protocol seems to be ineffective in patients such as this one. 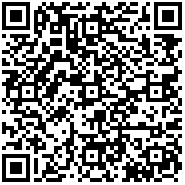