TXA is an anti-fibrinolytic drug that has been shown to be beneficial in a variety of surgical specialties where substantial bleeding can occur. Despite the fact that it has been commercially available for more than 40 years, its usage in otorhinolaryngology remains limited. Otorhinolaryngology operations are extremely diverse, with some, such as tonsillectomy, posing a considerable risk of life-threatening haemorrhage. Other operations are carried out in confined surgical fields, and even minor bleeding might compromise the surgical field, increasing technical complexity and operative time. The current literature on the benefits of tranexamic acid in the field of otorhinolaryngology and head and neck surgery was assessed in this study. TXA has been shown to be a safe medicine, with no serious side effects, such as thromboembolic events, documented in any studies. It has been demonstrated to improve the surgical field, decrease operative time, and decrease postoperative edoema and ecchymosis in rhinology. The advantage of tonsillectomy is less evident, and more research is needed to assess its potential for lowering post-tonsillectomy bleeding rates.

Intraoperative and postoperative bleeding are common complications in otorhinolaryngology procedures. Some procedures, such as tonsillectomy, carry a significant risk of life-threatening postoperative haemorrhage. According to the UK National Prospective Tonsillectomy Audit, 4.9 percent of adults (aged 16 and up) may experience a subsequent post tonsillectomy haemorrhage (PTH), with 1.4 percent requiring hospitalisation. With contemporary electrocautery and haemostatic procedures, there is evidence that these rates are considerably greater. TXA is an anti-fibrinolytic drug that has been shown to be beneficial in a variety of surgical specialties where substantial bleeding can occur. TXA has been found to decrease maternal death due to bleeding in primary postpartum haemorrhage without increasing thromboembolic events. TXA was also found to reduce mortality in trauma patients with bleeding by 10% when given within three hours following acute trauma. A thorough meta-analysis found a reduction in perioperative blood loss and transfusion requirements without a significant influence on the risk of thromboembolic events in orthopaedic trauma surgery.

Another meta-analysis of TXA's safety in major orthopaedic surgery found no evidence of a substantial increase in venous thromboembolism. In the field of otorhinolaryngology, there is still no clear consensus on the benefits of TXA. The goal of this narrative review is to go over the existing literature on the use of TXA in a variety of otorhinolaryngological procedures. Tranexamic acid is a synthetic counterpart of the amino acid lysine that enhances anti-fibrinolysis by binding to both plasminogen and plasmin's lysine binding sites. This hinders fibrin attachment as well as plasminogen-plasmin activation and subsequent fibrin breakdown by plasmin. TXA can be given intravenously or orally, has a 30% e50% oral bioavailability, and has a 2e3h half-life. It is largely (95%) eliminated by renal clearance, thus it should be administered with caution in patients with weak renal function. Nausea, vomiting, diarrhoea, and abdominal cramping are the most prevalent side effects of TXA. An increased risk of thromboembolic illness, such as deep vein thrombosis, pulmonary embolism, cerebral thrombosis, and myocardial infarction, is theoretically possible. This is a key cause of concern about TXA prescription, and it has led to its avoidance. Recognizing these issues, a number of randomised control trials in a variety of sectors have found it to be safe.

In a variety of surgical specialties, tranexamic acid has lately been shown to be of considerable assistance in reducing bleeding. These authors set out to re-examine its application in otorhinolaryngology, a surgical specialty that encompasses a wide range of procedures. Due to the small constraints of the surgical field, some can result in severe haemorrhage, while others become exceedingly technically challenging when bleeding occurs. Tonsillectomy is a common ENT technique that carries a high risk of significant postoperative bleeding, which can be fatal and necessitate additional surgery.

To date, the bulk of trials have looked at the effect of TXA on intraoperative blood loss and found that it reduces it by a statistically significant amount. However, because total intraoperative blood loss is modest after tonsillectomy, the clinical significance of these reductions is debatable. The authors believe that secondary PTH is the most important outcome of tonsillectomy, and that more research is needed to see how regular post-operative TXA affects secondary PTH rates. The data for TXA use in epistaxis is more mixed, with some studies demonstrating a shorter time to haemostasis and others failing to show any effect. In contrast to a control, a recent Cochrane review found moderate quality evidence that oral TXA reduced rebleeding rates after 10 days.The potential increased risk of thromboembolic events is a key deterrent to using TXA. There is substantial evidence throughout this analysis that systemic and topical TXA cause minor to no increases in serious adverse events, including thromboembolism. Minor side effects such as nausea and vomiting were reported in some studies, although they were very temporary.

TXA has been found to be a safe medicine for the reduction of bleeding in this study. The therapeutic benefit of its usage in rhinology and epistaxis has been proven in otorhinolaryngology, but definite confirmation of clinical benefit in other areas of otorhinolaryngological surgery remains to be identified. 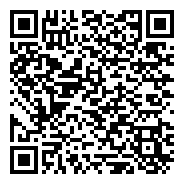