The role of IL-6 in cancer, autoimmune disease, and inflammation

Immune responses, inflammation, haematopoiesis, bone metabolism, and embryonic development are all impacted by IL-6. IL-6 contributes to chronic inflammation and even the corona virus disease cytokine storm in 2019. Chronic inflammation and the cytokine storm are uncontrolled inflammatory reactions, whereas acute inflammation during the immune response and wound healing is a well-controlled response. Inflammation is mostly regulated by immune and non-immune cells, cytokines including IL-1, IL-6, and tumour necrosis factor alpha, as well as transcription factors like nuclear factor-kappa B (NF-B) and signal transducer and activator of transcription. Synergistic interactions between NF-B and STAT3 cause NF-B to become overactive, which in turn triggers the production of a number of inflammatory cytokines. The simultaneous activation of NF-B and STAT3 in non-immune cells causes a positive feedback loop of NF-B activation by the IL-6-STAT3 axis because IL-6 is an NF-B target. The local initiation model postulates that local initiators, such as senescence, obesity, stressors, infections, injuries, and smoking, trigger diseases by promoting interactions between non-immune cells and immune cells. This positive feedback loop is known as the IL-6 amplifier and is a key player in the model. This approach challenges the assumption that tissue-specific immune tolerance breakdown and oncogenesis are caused by, respectively, oncogenic mutations and autoimmunity. It is clear that the IL-6-STAT3 axis is an important target for treating illnesses since it is triggered by a number of local initiators.

The fundamental processes of immunity, inflammation, embryonic development, regeneration, angiogenesis, metabolism, obesity, ageing, and many other aspects of health and disease are all impacted by cytokines. Among these many roles, their involvement in inflammation has received attention in relation to the onset and management of disease. Homeostasis and regenerative processes like wound healing entail inflammation. Additionally, it contributes to immunological defences against infections and acute-phase reactions. In these circumstances, inflammation is under good control. On the other hand, uncontrolled forms of inflammation include chronic inflammation and cytokine storm. The former is critical in the emergence of numerous complicated diseases and disorders, including cancer, autoimmune diseases, cardiovascular diseases, neurodegenerative diseases, and chronic inflammatory diseases, including metabolic syndrome[1].

A lot of focus has been placed on cytokine storm in relation to the pathogenesis of corona virus disease (COVID-19) The enormous synthesis of inflammatory cytokines that is abruptly triggered in a dysregulated way in response to infection, trauma, chimeric antigen-receptor T-cell (CAR-T) treatment, and other factors is referred to as a "cytokine storm." In this sense, inflammation is a double-edged sword because it depends on the situation, place, and time, making the development of treatments challenging. A variety of cells, including B lymphocytes, T lymphocytes, myeloid cells, epithelial cells, fibroblasts, endothelial cells, muscle cells, and adipocytes, interact with one another during the complex process of inflammation through membrane-associated molecules, matrix metalloproteases, and soluble factors like cytokines, chemokines, and growth factors [2].

Two signals via gp130 are important in cell survival and proliferation. The SHP-2-ERK-MAPK pathway and STAT3-bcl-2-mediated cell survival are the two examples. In order to control cell survival and cell cycle progression in a pre-B-cell line, STAT3 is engaged in the induction of c-myc, cyclins, and Pim1/2 kinase in addition to the induction of bcl-2. For intestinal epithelial cells to survive and advance through the cell cycle during colitis-induced carcinogenesis, STAT3 activation by IL-6 is necessary[3].

Together with c-myc, the proto-oncogene serine/threonine-protein (Pim) kinases Pim-1 and Pim-2 are targets of STAT3 and implicated in cell survival and proliferation. The IL-6-STAT3-Pim kinase axis contributes to pancreatic cancer cell proliferation and development. In fact, Pim-1 expression and plasma Pim-1 levels are elevated in pancreatic cancer tissues, and a high expression level is unfavourably correlated with prognosis. Furthermore, both pancreatic cancer and breast cancer have an independent poor prognostic factor associated with elevated plasma Pim-1 expression. The epithelial-mesenchymal transition (EMT), tumour migration, cancer stemness, and the production of hypoxia-inducible factor-1 (HIF-1) and vascular endothelial growth factor (VEGF), two important players for angiogenesis, are all regulated by the IL-6-STAT3 pathway. Additionally, IL-6-STAT3 targets oncogenic miR-21 and miR-181b, which activates NF-B. Both tumour start in STAT3-dependent mouse gastric cancer and early-stage gastric cancer in patient cohorts are linked to elevated expression of miR-200 family members [4].

Allergy and cancer frequently coexist with chronic inflammation. It is believed that deregulation of immune responses and/or a breakdown in self-tolerance are the causes of autoimmune disorders. True pathogenic antigens responsible for the breakdown of many autoimmune illnesses, including RA and other tissue-specific disorders, have not yet been discovered. This suggests that localised autoimmune disorders may not always need a breakdown in tolerance to a tissue-specific antigen. Instead, local initiators in non-immune target tissue may start the hyper-activation of the immune system to the target tissue as a subsequent event that is influenced by genetic and/or environmental factors. Even in the development of cancer, it is now understood that only 5–10% of cases are brought on by inherited gene defects, with the remaining 90–95% having their origins in a setting and way of life that are closely linked to chronic inflammation. Therefore, environmental factors, such as infection, stress, obesity, aging, and smoking, each of which can induce chronic inflammation, could be a major cause of oncogenesis rather than the dogma that oncogenesis is intrinsically triggered in pre-neoplastic cells[5].

IL-6 was one of several cytokines at the time of its discovery in 1986. Since then, it has become clear that IL-6 plays a crucial role in inflammation, autoimmune, and cancer. Its inhibitors are already being employed as therapeutic agents for a number of disorders, with the potential to be expanded to more in the future. Tocilizumab and sarilumab, anti-IL-6R antibodies, are used to treat RA, Castleman's disease, and CAR-T-induced CRS. They may also be used to treat the severe type of COVID-19. There are more IL-6-STAT3 signalling pathway inhibitors in development. Despite the fact that there are numerous cytokines involved, one explanation for why inhibiting IL-6 activity is effective against inflammation-related diseases is that IL-6 is a major stimulator of STAT3, which is crucial for both inflammation and oncogenesis along with NF-B, which expresses IL-6 as a target. The IL-6 Amp, which is the mechanism through which IL-6 and other pro-inflammatory chemicals including cytokines, chemokines, and growth factors are amplified, is therefore made up of NF-B and STAT3. The IL-6 Amp is activated by a variety of local initiators, including infections, stressors, injuries, senescence, obesity, pre-neoplastic mutations, cell death, and smoking. This amp mediates the interaction between immune and non-immune cells, which results in the manifestation of inflammatory and autoimmune diseases as well as cancer. In order to treat associated disorders, a technique that targets the IL-6-STAT3 signalling axis has been developed. 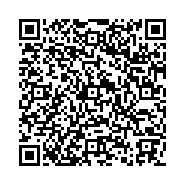