The focus on aging and depression in geriatric psychiatry.

If Geriatric Psychiatry is a separate field of study or if it is a subset of clinical Geriatrics, Neurology, and Psychiatry, is a topic of discussion. This study focuses on certain traits that characterise the ageing brain in order to outline some current findings and potential methods for defining peculiarities of geriatric psychiatry. We examine geriatric depression while taking into account certain findings from translational research. The process of brain ageing is not constant. As people age, their ability to filter out unnecessary information in working memory suffers noticeably, and the recruitment of these areas is different from that of young participants. Executive functions alter as people age normally. A complex condition with numerous risk factors is generally described as geriatric depression. Dysexecutive syndrome, which is linked to functional decline in old age, is thought to be the key to the neuropsychology of geriatric depression. In contrast to early onset depression, late-onset depression has a higher burden of comorbidity, cerebrovascular illness, and possibly certain hereditary markers. Additionally, geriatric depression treatment outcomes can be grouped into at least four groups that closely match the cognitive and clinical profiles.

Instead of seeking to identify a single reason for the problems, research and practise in geriatric psychology should concentrate on the interaction of multiple dimensions and risk factors. Comorbidity problems, white matter lesions, which are more frequent in the elderly, and hereditary variables that affect ageing may hold some of the answers.There will be a particular impact on expenditures associated to the populations that continue to get older, according to forecasts for the next 50 years and the steadily rising cost of healthcare. However, as the Baby Boomers age, some chronic diseases-but not allwill eventually have an impact on healthcare expenses and how caring is provided [1]. One of the three expense peaks for psychiatric illnesses, for instance, occurs over the age of 65. Heart disease and diabetes would be the leading causes of cost increases, whereas psychiatric illnesses would have a smaller influence.

Despite these facts, these economic predictions fail to account for the reality that psychiatric problem in the elderly— primarily depression and dementia—carry a heavy burden of comorbidities including hypertension, heart disease, and diabetes, which may in turn be made worse by these very same geriatric psychiatric disorders [2]. Public health strategies for diagnosing and treating these illnesses are anticipated to rely on data generated by research in geriatric psychiatry as dementia and depression are anticipated to become more prevalent in the population. Additionally, it is logical to assume that given the growing need for services, postgraduates in this subject may end up in a more crucial position [3]. With a particular focus on depression and other traits that are unique to this age group, this review tries to highlight some of the most recent evidence and potential techniques to characterise the uniqueness of geriatric psychiatry.

Recently, there has been a significant increase in publications in the field of geriatric psychology, with depression and dementia receiving more attention. The question of whether Geriatric Psychiatry is a standalone field of study or only a clinical extension of Geriatrics, Neurology, and Psychiatry is still up for debate [4]. Thus, an accurate description of geriatric psychology must have a thorough collection of details based on phenomenological, epidemiologic, and biological data. Given the connections between the numerous elements involved in ageing and diseases in the elderly, a variety of approaches to the topic may produce complimentary and yet inconsistent results [5].

A number of connected elements may modify how an antidepressant medication responds to the patient. As previously indicated, patients with WM lesions in depressed older patients tend to be more resistant to remission than patients with less severe lesions as revealed by FA. It's interesting to note that a gene on chromosome 17 codes for the serotonine transporter, and the most significant polymorphism has two primary alleles, S and L. More total brain lesions and WM lesions are present in depressed elderly patients with the SL genotype than in depressed L and S homozygotes. The responsiveness of serious depression to selective serotonin reuptake medications may be diminished by the S allele of the 5-HTTLPR polymorphism. Another study found that when escitalopram and citalopram were used to treat a group of elderly Caucasian patients with depression who were S carriers, the rate of remission was lower than it was for controls. Additionally, this subset of patients had lower FA values, which suggested that more frontolimbic areas had WM lesions. 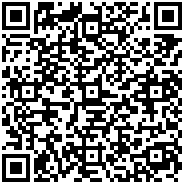