Fish are cold blooded aquatic vertebrates which breathe by means of pharyngeal gills, propelling and balancing themselves by means of fins (Din et al., 2016). Fishes influences the life of human in various ways. They act as a rich source of food, especially as a protein and lipid. Fish lipids are a tremendous source of omega-3 poly-unsaturated fatty acids. Omega-3 fatty acids are important for normal growth; they reduce cholesterol levels and the incidence of heart disease and preterm delivery. Fish provides several byproducts such as fish meal, fish glue and fish oil, etc. Fish diet providesproteins, fat, vitamins A, B and D, and minerals like Ca, Mg, P, Na, Fe, I, etc. They have good taste and are easily digestible and growth promoting value. Fisheries sector play a predominant role in the economy as well as provide employment to the people (Saeed et al., 2013).

Fish constitutes half of the total number of vertebrates in the world. They live in almost all conceivable aquatic habitats. A total of 21,723 living species of fish have been recorded out of 39,900 species of vertebrates, out of these 8,411 are fresh water species and 11,650 are marine (Saeed et al., 2013).

The freshwater fish fauna of Pakistan is represented by a minimum of 193 fish species. These species belong to class Actinopterygii, sub-class Teleostei, 3 cohorts, 6 super orders, 13 orders, 30 families and 86 genera. This diversity also includes the exotic species introduced in wild or fish farming system of Pakistan during the recent past years. Among the total fish fauna of Pakistan, 86 species (8 exotic and 78 indigenous) have been identified as “species of special importance” on the basis of endemism, IUCN status, economic importance and rarity. The IUCN conservation status of none of the endemic fish fauna, however, has been determined except one species, Glyptothoraxkashmirensis, which is declared as ‘Critically endangered’. Among the remaining 35 indigenous fish species of special importance, one species (Tor putitora) is declared endangered, 6 species (Ompokbimaculatus, Ompokpabda, Wallagoattu, Ailiacoila, Chitalachitala, Bagariusbagarius) near threatened, one species (Schizothoraxplagiostomus) vulnerable, 12 species least concern while IUCN status of 7 species has not been determined. The rest of the indigenous species namely; Daniorerio, Megarasboraelonga, Schizopygopsisstoliczkai, Triplophysastoliczkai, Nandusnandus, Badisbadis, Monopteruscuchia, and Macrognathusaral are very rare in Pakistan (Din et al., 2016).

As vast research work has been done of the diversity of fish fauna of Khyber Pakhtunkhwa province, Pakistan by several workers. (Mirza et al. 2014) reported More than 180 species of freshwater fishes from river Indus. (Haseeb et al., 2015) reported eleven fish species from Tanda dam, Kohat. Hameed et al., recorded seven species from Darmalak Dam, District Kohat. (Akhtar et al., 2014) reported 18 fish species from Manglawar Valley, Swat Khyber Pakhtunkhwa Pakistan. (Haseeb et al., 2016) for the first time identified five fish species from Kandar dam District Kohat in 2016. Shangla District is located in the Khyber pakhtunkhwa province of Pakistan. The district headquarters are located at Alpuri. It was previously a subdivision of Swat District, but was upgraded to the status of a district on July 10, 1995.Shangla is bound on the east by district Batagram and tribal area of Tor ghar along which the river Indus flows for about 75 km on the west by district Swat, on the south by district Buner and tribal area on Kala Dhaka, and on the north by district Kohistan. Geographically it is located at 34, 31 to 33°, 08° north latitude and 72, 33 to 73°, 01° east longitudes, at an elevation of 3,164 meters above sea level with a total area of 1,586 square kilometers (Sher et al., 2013). The Etai River lies in district Shangla and flow into the Indus River. On east it is bounded by Batagram district and Tor ghar and on west by Swat, on south by Buner and Tor ghar district on north by district Kohistan (Figures 1-8). 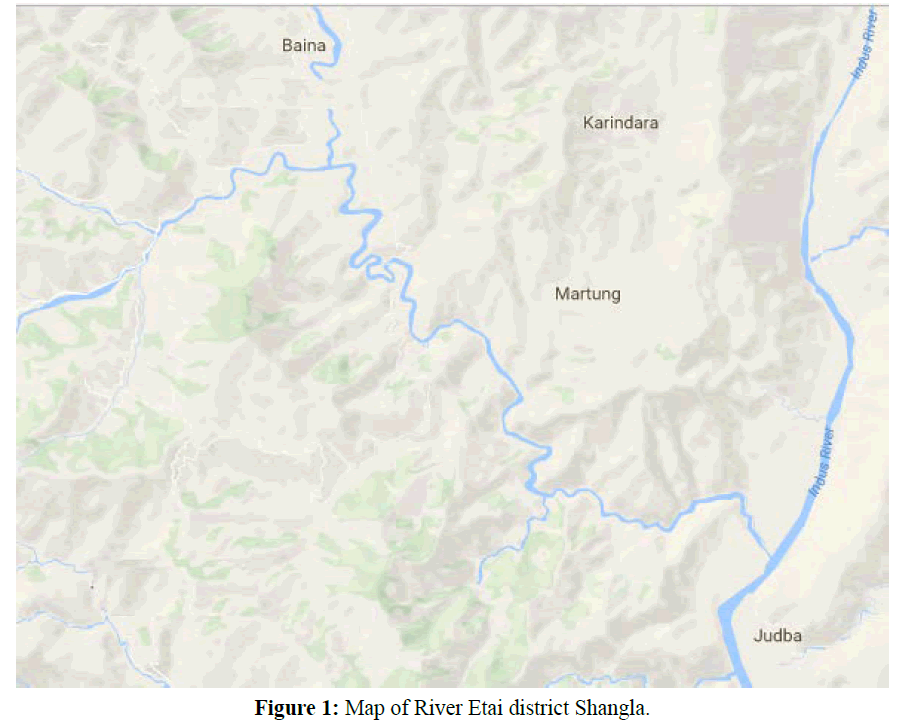 Figure 5: Schizothoraxplagiostomus (This species were widely distributed and abundant in all collection points like Serai, Dherai, Gojarbanda, Jalkhanai, Gir, Kas. Total 30 specimens were collected from these points. This species are famous for their delicious taste. This species is mainly found in PH of 6 and at temperature of about 13°C in the month of December).

Figure 7: Glyptothoraxstocki (This species was collected from the collection pointGir. Total two specimens were collected. This species mainly found in temperature of 12oC and PH of 6.3. This species have black reddish colour and was rare in river Etai).

River Etai was selected for the study for the first time because it was unexplored. The study was carried in the period of August 2016 to December 2016 to explore the fish fauna of river Etai. The Etai River was divided into 6 sampling points in order to get the full description of fish fauna of each point are below.

The fishes were collected with the help of different materials, including nets of different size, i.e. cast nets, hand nets, gill nets, hook, hook net, and dragon nets, pH meter (HANNA HI 8314 Membrane pH Meter), measuring tap, digital camera ( Canon Powershot A3300 IS, 16 Mega pixels) and Thermometer. The collection was made from different sites to avoid missing of species. Fish after collection were euthanized kindly and preserved with 10% dilute formalin solution. The larger fish were injected with formalin in their abdomen and other part of the body to avoid bacterial contamination. The same species were placed in a jar and labeled with name of locality and time of collection. The fishes after collection were brought to the laboratory of Abdul Wali Khan University Mardan (Buner campus). Various morphometric measurements of fish were made with ruler and Vernier caliper. Identification and classification of fishes for scientific study were done through various taxonomic and systematic keys.

Collection of fishes from each point

During the current study total 80 specimens were collected. The maximum specimen richness was recorded at the collection point Jalkhanai and Kas because these points near to the Indus River and share most of its fauna with river Indus. The details of the collected fishes from different sites are given below in Table 2.

Table 2: Table showing percentage of fish species from each point in river Etai.

Dominant species of each collection point in river Etai

During the current study, seven species were reported from river Etai district Shangla. These species belonging to four orders, four families, seven genera and seven species. The order is Synbranchiforms, Cypriniformes, Siluriformes, and Perciformes. These species are Metacembelusarmatus, Garragotyla, Tor putitora, Schizothoraxplagiostomus, Bariluspakistanicusa, Glyptothoraxstocki, Channagachua. The current study was conducted to study fish biodiversity of River Etai District Shangla. In this study family Cyprinidae was dominant. The rare species were Metacembelusarmatus and Glyptothoraxstocki. Because these are warm water species, the most abundant species were Garagotyla, Tor putitora and Schizothoraxplagiostomus. (Saeed et al., 2013) reported 11 species which belong to 3 orders and 4 families from the River Barandu. Minimum fish species collected belong to family Channidae while maximum fish species collected belong to the family Cyprinidae. (Akhtar et al., 2014) worked on the fish fauna of River Barandu and reported 10 fish species which belonging to 3 orders and 4 families. (Ishaq et al., 2014) Study the fish biodiversity of River Swat from Madyan to Chakdara and reported 18 species which belonging to 5 orders and 6 families. The richest family was family Cyprinidae represented by 10 species. (Akhtar et al., 2014) worked on the fish fauna of river Arunai Matta Swat and reported 20 fish species belonging to 3 orders and 4 families. The dominant family was family Cyprinidae. (Haseeb et al., 2016) conducted a study on fish biodiversity of Tanda dam district Kohat with new records and reported13 fish species which were belonging to four orders, five families and twelve genera. The richest family was family Cyprinidae in which 9 species were recorded and the rest of four species belonging to the families Cobitidae, Anguillidae, Siluridae, and Belonidae respectively. Hameed et al., reported five fish species from Ghurzandi Dam Tehsil Lachi District Kohat. Three species were belonging to family Cyprinidae, one belongs to family Anguillidae and one belonging to family Siluridae. (Haseeb et al., 2016) reported seven species from Naryab dam district Hangu i.e. Labeorohita, Hypophthalmichthysmolitrix, Hypophthalmichthysnobilis, Catlacatla, Tor khudree, Anguilla anguilla, Ompokpabda. The first five species belongs from family Cyprinidae, while Anguilla anguilla from family Anguillidae and Ompokpabda belongs to family Siluridae. During the study it was reported that factor like temperature, pH of water, dissolved oxygen, etc. are responsible for the distribution of fish species found in the area. Because some area has a rich population of Schizothoraxplagiostomus while in some collection points the species like Garragotyla, and Tor putitora are found in rich population. The richness in the collection points was due to pH and water temperature. Some points have more suitable for fish because of no anthropogenic activities. While at some points the population of fish fauna is very low due to anthropogenic activities and illegal hunting. (Yousafzai et al., 2013) Water temperature of River swat ranged from 15-26°C during the study period. Water temperature influences the distribution and migration of fishes. Temperature affects many immunological phenomena like the stratification of water, solubility of gases, pH, amplification of odor and taste and elevation of metabolic activities of plants and animals. The metabolic rate increases 2 or 3 times for every increase of 10°C.Increased metabolic rate leads to higher oxygen consumption and waste production (CO2 and NH3). (Saeed et al., 2013) recorded a water temperature from RiverBarandu which range between 15°C to 25°C. (Din et al., 2016) recorded the temperature between 17°C to 25°C from River Chamla. During our study the water temperature of Etai River was calculated which range from 11.3°C to 12.7°C. The water temperature of all collection points was very low because the water of Etai River was coming from cold Mountains. The pH of River Swat ranged from 7.2 to 7.9. This value is falling within the limits of WHO recommended value, 7.5-8.5. The pH value is good for fishes and show good quality of water. IUCN reported pH value of 7.3-7.9 from Swat. Usually water quality parameters proportionately deteriorated with the increasing fish density in culture ponds. The affected fish farms were using rivers as the main source of their water with water temperature in the range of 14.3-22.7°C, dissolved oxygen of 6.68-8.92 mg/l, pH of 7.85-8.16 (Akhtar et al., 2014). The pH of river Barandu Buner was reported by (Saeed, et al. 2013) ranging from 6 to 8.5. During our survey the pH of water was also calculated at each collection points which range from pH 4.50 to pH 7.3. The pH of some collection points is high while the pH of some collection points is low. The lower pH is recorded at collection points like Dherai which is 4.50 and high pH was recorded at collection points Jalkhani and Kas which has a pH 7.3 respectively.

From the current study it was concluded that the fish fauna of River Etai was rich, but it is facing the illegal, domestic sewage and anthropogenic activities of humans. The available threats to fish fauna of the River Etai where riverine flood plain encroachment, agriculture runoff, Alteration of natural hydro period and illegal fishing techniques in the form of electric current, dynamites and chemical etc. also affect the fish population of river Etai District Shangla.