The Common Cold in Adults

The common cold is one of the most common infections. Despite the fact that most colds are mild and pass in a short period of time, colds cost billions of dollars each year due to lost time at work and school. Some cold viruses can survive for several hours on surfaces (such as a counter, door handle, or phone).The most effective products contain at least 60% alcohol. Hand rubs should be applied to the entire surface of the hands, fingers, and wrists and allowed to dry completely. These rubs can be applied over and over again without causing skin irritation or losing their effectiveness.

Several viruses are responsible for the common cold. It is not a single disease, but rather a collection of illnesses with symptoms that are similar but not identical. Rhinoviruses are the most common cause of colds, with over 100 different strains (or types) to choose from. Despite the fact that the viruses that cause the common cold build immunity, a person can get multiple colds over the course of their life due to subsequent infections with other viruses or viral strains. The average adult gets two to three colds per year, whereas children who are generally healthy may get eight to twelve colds per year. Colds are usually spread from person to person through the contact of contaminated hands with nasal secretions. Coldcausing viruses are more commonly transferred via touching a contaminated surface, sneezing, or coughing.

The cold virus is usually carried on the hands of people who have a cold. For at least two hours, the virus might be alive on the skin and capable of infecting another person. As a result, if a sick person shakes someone's hand and that person then touches his eye, nose, or mouth, the virus can spread and infect that person. A person with a cold can breathe, cough, or sneeze droplets containing virus particles into the air. Coldcausing viruses can be spread to others if a droplet comes into contact with another person's eye, nose, or mouth when they are standing close by (a few feet). When coughing or sneezing, cover your mouth to limit the chance of infection.

Saliva does not spread most cold viruses. Kissing, on its own, is unlikely to spread the common cold, but close, direct touch can. Colds are not caused by living in a cold climate or breathing cold air. During some seasons, however, some viruses produce more colds than others (eg, fall and winter versus spring).

The viruses that cause the common cold have no special treatment. The majority of therapies seek to alleviate some of the symptoms of a cold, but they do not shorten or cure the illness. Antibiotics are only used to treat illnesses caused by bacteria, not viruses, and are therefore ineffective in treating the common cold. Antibiotics used unnecessarily to treat the common cold might trigger allergic reactions, diarrhoea, and other gastrointestinal issues in some people.

Even without therapy, the symptoms of a cold will fade with time. People with underlying medical disorders, as well as those who use other over-the-counter or prescription medications, should check with their doctor or pharmacist to see if these therapies are safe to use. The therapies listed below may help to alleviate the symptoms of a common cold.

Most illnesses, including the common cold, can be prevented by hand washing, which is an important and very efficient method. Hands should be wet and rubbed together for at least 20 seconds after being washed with water and basic soap. The fingernails, the spaces between the fingers, and the wrists should all be given special attention. Hands should be properly cleansed and dried with a single-use towel after each usage. 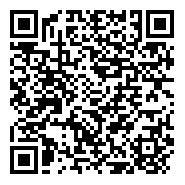