Testicular relapse in Acute Lymphoblastic Leukemia (ALL): A simple problem of common sense

The testis are the second most frequent site for extra medullary recurrence in ALL. Local therapy is not uniform in different study groups. In the classical Protocol POG 8034, as well as in ALL-REZ, COG, BFM 2002, UK ALL-R3 or the COPRALL (1,2,3, there is no clear specific reference to unilateral or bilateral testicular recurrence). But it appears that everyone accepts that recurrence in the testicular sanctuary will always, at least potentially, be bilateral (even if it may be only more evident on one side) and then requires local irradiation or complementary orchiectomy.

We believe that that philosophy is quite wrong, mainly considering the future wellbeing of the patients that should be given the change of a possible “normal life” survival. I believe that Guidelines are extremely valuable but certainly not always the final word. Each Patient is a Patient, and I agree that “Guidelines are not God’s Lines”, each one having to question and understand what he thinks is best for the Patient.

So I firmly believe that POG 8034 (and other Protocols for AAL, that unfortunately maintain the same “classical” philosophy), need to be reviewed, so that common sense and future quality of life for the Patients will prevail, at a minimal health risk. If one irradiates both testicles, even when only one appears clinically and histologically involved (what is not so common), one can never prove whether that testicle was really normal or, eventually, minimally involved. So, the question to be asked upfront, is how can the POG Protocol justify routine Castration (surgical or radio therapeutic) and, if so, on what grounds does it base its recommendations?

Taking into question his future quality of life, I considered that, if a child is going to survive, he should still have a functioning testicle, not only under an hormonal point of view but also in what concerns fertility (even if admitting possible damage from BMT and Chemotherapy, as experience has shown that, around half of those with ALL will be infertile (although children having a better prognoses than adults).So we believe that one should take a conservative attitude, if recurrence appears only on one side and provided FNAC is negative on that, so-called, still “normal” testicle and also because, due its location, the testicle can be easily evaluated through frequent and simple palpation, even by the Parents [1-6].

Also nothing is known about eventual congenital malformations brought about by those “irradiated” spermatozoa. Also numbers of isolated testicular relapses are very small and many years will have to pass for any statistically acceptable conclusion. So, we believe anyone can, nowadays, to rely on bibliography, reasoning and, above all, common sense. It is known that, in a few patients that have had a laparotomy at the time of testicular relapse, most had leukemic infiltration of the abdominal lymph nodes, liver and spleen. Also, treatment by irradiation of the remaining testicle, in an apparently isolated (and usually late), testicular relapse, is frequently followed by a bone marrow relapse some time later. If the leukemia recurs it is almost certainly because the overall disease has not been controlled by the transplant or the chemotherapy given, and certainly not because of the preserved testicle [7,8].

So why to be so dogmatic about the need to destroy a clinically and histologically normal testicle? If there is the slightest doubt about a recurrence (testicular enlargement, that even the Parents can detect), then an orchiectomy can be rapidly performed. But even if that would happen as an isolated recurrence, the likelihood of spreading from that sanctuary to the whole body is certainly minimal. And, obviously, neither chemotherapy nor bone marrow transplantation would be excluded, if indicated. Further, if the preserved contralateral testicle is still present, any of its alterations is most likely an early sign of further generalized recurrence, so meaning an earlier and easier way to detect a recurrence than from marrow aspirates or blood sampling).justifying further treatment [9,10].

Also a Dutch Study, using only chemotherapy, showed that 5 patients, in whom irradiation of the contralateral testicle was avoided, remained disease free. When this problem was presented at a IPSO Meeting, almost all Pediatric Surgeons present, agreed on a conservative approach, the only exception being a Pediatric Oncologist, quoting the “sacred” POG 8304.

And now some final remarks: now, that everyone is worried with “costs”, apart from the Patient becoming sterile, the treatment of such a patient with “Growth Hormone” and “Testosterone”, would amount to an expense of around 100 dollars per month. With a life expectancy of more 60 years, it will mean an avoidable cost of, at least, many thousands of dollars. Liver, kidney, immune system, and nervous system. Liver, gill and intestine have relatively higher potential for metal accumulation than muscle [11-16] 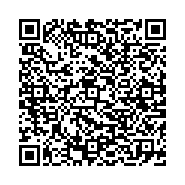