Study on knowledge, attitude and practice regarding immunization, among parents having children less than 16 years of age: A cross sectional study.

Background: Immunization is one of the health interventions, that is most economical in preventing various diseases. The study's primary goal is to evaluate the knowledge, attitudes, and vaccination practices amongst parents of children under the age of 16. This study also evaluates the awareness of parents towards newer vaccines present today.

Methods: A Cross-sectional study among 210 parents was done, using random sampling technique. Informed consent and ethical committee approval were obtained. A questionnaire was made to collect the data regarding parent’s knowledge, attitude and practice. Data collected was analyzed in MS-Excel.

Conclusion: Parents have little knowledge of more recent vaccines. For the public to embrace the new vaccine and also to keep their faith in the current vaccine, vaccination knowledge among doctors and health education among the general public are crucial. There should be widespread implementation of the National Immunization Schedule awareness campaign.

Childs health includes physical health, mental health and social well-being. Global coverage with routine vaccines has risen from 5% on average to >84%, since the World Health Organization (WHO) introduced an extended immunisation programme in 1974. The third dose of the diphtheria, tetanus, and pertussis vaccine (DTP) by the end of the first year of life is a key performance indicator for immunisation programmes [1]. Large population and poor awareness among the public are the main obstacle to India's low immunisation rate. Diseases can be prevented to some extent by the implementation of National Immunization schedule; according to the saying “Prevention is better than cure”. In 2016, nearly 1 in 10 children did not receive any vaccination. WHO s ays an additional 1.5 million deaths could be avoided if global immunization average improves. The number of children who received vaccinations in 2017 reached an all-time high of 116.2 million. More than 20 million additional children have been immunised since 2010 as a result of the introduction of new vaccines in 113 different countries [2]. Polio has been completely eradicated from India, where as measles, rubella, maternal and neonatal tetanus is behind the schedule. Children from the poorest, most marginalised areas make up the majority of those who are missing out. Immunization protects against a number of diseases such as cervical cancer, diphtheria, pertusis, tetanus, hepatitis-B, measles, mumps, rubella, pneumonia, polio and rotavirus which causes illness, disability and death. ‘169 million children missed out 1st dose of measles vaccine between 2010 and 2017’, UNICEF said [3].

A hospital-based study was conducted using cross sectional study design in a tertiary care hospital, among parents who are attending pediatric out-patient department and parents who have admitted their child in hospital. The size of the sample was calculated using the formula [n=[(Zα/2)2.P (1-P)]/d2] with 95% CI, where, p=61.5%, q=1-p, d=10% of p, n=205 (rounded to 210). The study proposal was approved by institutional ethical committee. A questionnaire was developed on the basis of Parents knowledge and practice towards the vaccination. A sample space of 210 parents was taken by simple random sampling method. Developed questionnaire had two sections with section 1 describing about the socio-demographic details of the study participants and section 2, focusing on knowledge, attitudes and practice/behaviour among parents about the vaccine in the national immunization schedule and was limited to 16 questions. The voluntary consent was obtained from the parents after informing in detail about the procedure and details regarding the study. All the eligible parents were then interviewed with the questionnaire.

Knowledge, attitude and practice/behavior regarding immunization

Out of 210, 84% of the parents vaccinated their child fully for their age, whereas, 16% has partially vaccinated (Figure 1). Immunization knowledge of the parents were mostly acquired from the doctors (69%), followed by, relatives (24.2%), mass media (4.8%) and Internet (2%) (Table 3). As a result of decreased awareness among the public regarding vaccination, majority (68%) of the parents weren’t aware of the newer vaccine (Figure 2). Parents knowledge regarding the maximum age for which vaccine can be administered is described in the bar diagram (Figure 3), which shows, 9% of parents answering 5 years, 40% of parents answering 10 years and more than half of the study population answering adolescents and adults. We also found that parents had a false belief that autism can be caused due to vaccine administration. Among the 210 parents, certain proportion (5%) think vaccination is harmful (Figure 4). 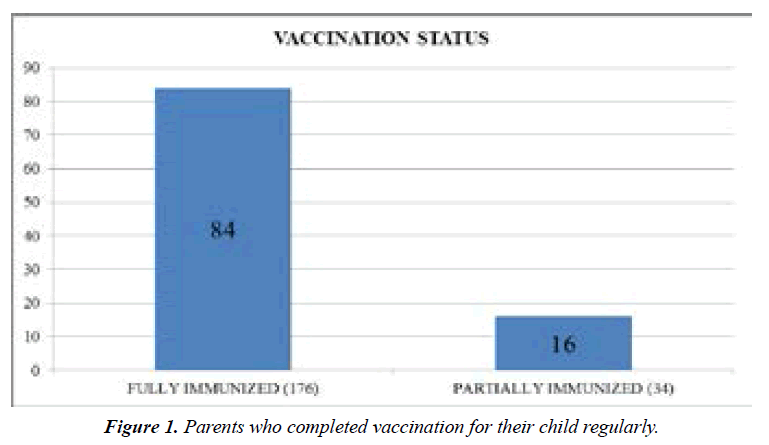 Figure 1: Parents who completed vaccination for their child regularly. 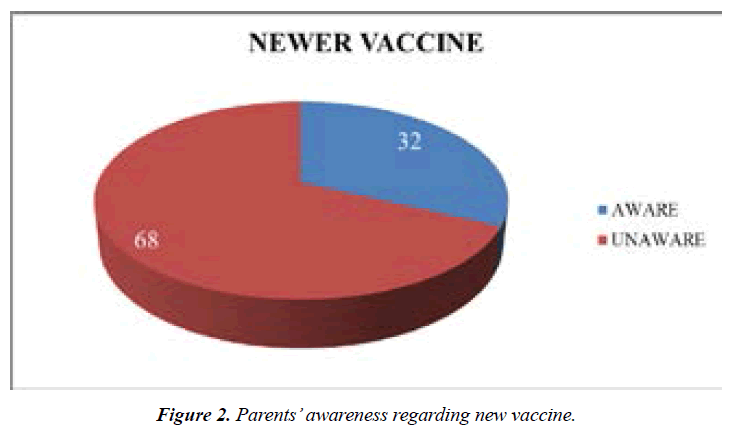 Table 3. Source of knowledge regarding immunization. 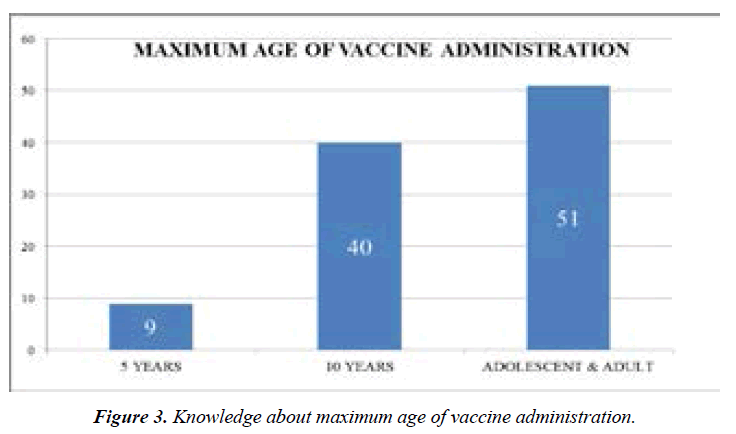 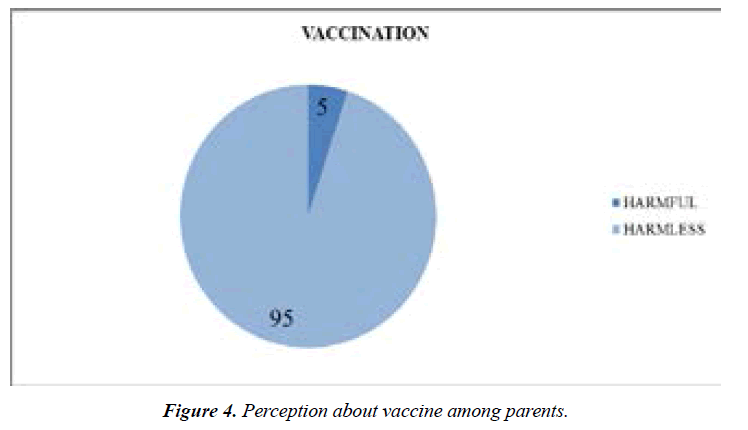 Figure 4: Perception about vaccine among parents.

When the parents were asked the regarding the reason for missing the vaccination on time according to the national immunization schedule, majority of the parents (62.5%) said that their child was sick during that time. 18.8% of parents weren’t aware of the immunization schedule. 4 parents said that they were afraid of the side effects associated with vaccination and 2 parents said they did vaccinate the child due to inaccessibility (Table 4).

Table 4. Reason for missing the vaccination.

An essential public health management technique to lower the deaths and morbidity linked to contagious diseases is vaccination. More children have been saved by vaccination in the past 50 years than by any other medical practice. Vaccinations are indeed a simple, secure, and one among the most inexpensive approaches to save and enhance the lives of children all over the world [4]. This present study has tried to evaluate the Knowledge, Attitudes and Practice/behavior of parents about Immunization of their children in a tertiary care hospital.

Immunization knowledge of the parents was mostly acquired from the doctors (69%). Similar finding was observed in previous study done by Joseph et al. [8] and Akunuri et al. [9]. But another study by Angadi et al. [10], reported that the source of information regarding immunization was maximum from relatives and family members, followed by Auxiliary Nurse Midwives (ANMs). This difference may be due to the fact that the previous study was done among slum population and was a community-based study whereas our study was done in a hospital setup.

More than half of the study population in our study has answered that the maximum age for vaccine administration to be adolescent/adults. Previous study done by Napolitano et al. [11] describes the knowledge, attitudes and behavior of parents towards recommended adult vaccinations, which reports high knowledge and attitude, but low behavior towards recommended adult vaccinations.

A study by Gidengil et al. [12] describes the most frequently expressed misconceptions regarding vaccines which includes, that vaccines increases the risk of developing illnesses, that a child's immune system can be overburdened if they receive too many vaccinations at once, that vaccines comprises harmful additives, that small children are much more vulnerable to vaccine related side effects, that vaccines are given only for monetary benefit, and that naturally occurring immune function is preferable to immunity gained through vaccination. In support of this study, we observed that, 5% of our study population believed that vaccination is harmful to their child.

The goal of world immunization week, which is observed in the final week of April, is to encourage vaccination use to safeguard people of all ages against numerous diseases.

• Rephrase the global vaccine discussions to emphasize the advantages of vaccinations.

• To draw attention to the various ways that vaccines help us live a healthy life, fulfilling lives by avoiding the transmission of diseases that can be prevented by receiving a vaccine.

• Foster a sense of community and trust in immunisation as a public good that safeguards health and improves patient outcomes. To do this, we will continue to look for more partners to join us as we unite people in aid of a life-saving initiative [13].

The results obtained from this study throws light on where we need to focus, so as to make us more closer towards reaching the goals of world immunization week.

Majority of the parents in our study had desirable knowledge (68.6%), undesirable attitude (56.2%) and desirable practice (84.5%). Year after year, vaccination saves millions and millions of lives and is acknowledged for being one among the most effective and affordable health interventions. It is crucial to develop innovative tactics to emphasize the value of immunization and inform parents about the significance of vaccine for both the individual as well as the community. 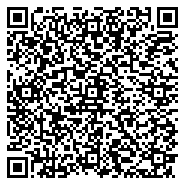