School of Sports Medicine and Rehabilitation

The sprint start in athletics is strictly controlled to ensure the fairness of competition. World Athletics (WA)-certified Start Information Systems (SIS) record athletes’ response times in competition to ensure that no athletes gain an unfair advantage by responding in <100 ms after the start signal. The start from blocks is a fundamental component of all track and field sprint events (≤ 400 m). In the “set” position, a relatively wide range of body configurations are adopted by sprinters irrespective of their ability level, and between-sprinter differences in these general positions do not appear to be directly associated with block phase performance. Greater average force production during the push against the blocks, especially from the rear leg and particularly the hip, appears to be important for performance.

Immediately after exiting the blocks, shorter first flight durations and longer first stance durations (allowing more time to generate propulsive force) are found in sprinters of a higher performance level. During the first stance phase, the ankle and knee both appear to play an important role in energy generation, and higher levels of performance may be associated with a stiffer ankle joint and the ability to extend the knee throughout stance. However, the role of the sprinter’s body configuration at touchdown remains unclear, and the roles of strength and anatomy in these associations between technique and performance also remain largely unexplored. Other aspects such as the sex, age and performance level of the studied sprinters, as well as issues with measurement and comparisons with athletes with amputations.

Sprinting is a pure athletic endeavor of global appeal, with the 100 m race considered one of the blue-ribbon events at the Olympic Games. World-class 100 m sprinters can achieve around one-third of their maximum velocity in around only 5% of total race time by the instant they leave the blocks, and sprint start performance is strongly correlated with overall 100 m time.

Total time taken is clearly the default, and appropriate, performance measure during an entire sprint. However, objectively defining successful performance during a discrete section such as the start is less straightforward. For example, does reaching a specific short distance (e.g., 5 m) earlier or reaching this distance slightly later but with a greater instantaneous velocity, represent superior performance? This issue explains why many different performance measures have been used and why some experimental studies have reported apparently conflicting conclusions when multiple performance measures are considered.

The most common measure of sprint start performance has been Center of Mass (CM) velocity at block exit (i.e., block velocity. Block velocity is determined by push phase impulse and can therefore be increased by either greater force or greater time spent producing force. The ability to produce force is not consistent throughout the duration of (and range of motion covered during) the push against the blocks. Therefore, there comes a point when attempting to achieve further increases in block velocity by simply pushing for longer against the blocks may not be beneficial for overall sprint performance (i.e., the least possible time to cover a given distance). In an attempt to overcome this limitation, average external power production has been proposed as an objective performance measure during any part of the start. Average external power, which is typically calculated based on horizontal motion and normalized to participant characteristics, provides a single measure that accounts for the change in velocity and the time taken to achieve this change (i.e., the rate of change in kinetic energy). This performance measure has since been adopted in numerous sprint start studies and during early and mid-acceleration.

The first flight and stance

After exiting the blocks, the first stance phase contains the greatest velocity increase during any stance within a maximal sprint. Importantly, achieving high levels of block power is not associated with any potentially detrimental features of technique at first stance touchdown, and thus striving to improve push phase performance does not appear to inhibit subsequent technique.

Sprinters with lower-extremity amputation (s) partly lack the ability to generate muscular force. Running-specific prostheses can only store and return but not generate energy, which results in reduced start performance (average reduction in block power=17.7%) for athletes with amputations. Athletes with unilateral amputations normally position their affected leg in the rear block, and although force application from the nonaffected front block leg is not necessarily lower, push phase duration is longer, and the forces are more vertically directed. After block exit, athletes with amputations demonstrate reduced step length, step frequency and horizontal force application. These differences, combined with the reduced block phase performance, result in slower 5 m and 10 m times than those of non-amputee sprinters. 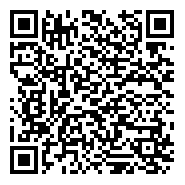