The Arthropoda, whose members are referred to as molluscs or mollusks, make up the biggest phylum of invertebrate organisms and are followed in size by the Mollusca. Most mollusks have a mantle cavity that serves as a respiratory chamber. It typically forms a portion of the feeding structure in bivalves. The mantle cavity serves as a brood chamber in some mollusks, a locomotory organ in cephalopods and some bivalves like scallops. The radula is an essential autapomorphy of Mollusca and the organ used for mechanical food processing. Its chitinous membrane, which has tiny radular teeth embedded in it, is moved by a group of muscles, interacting with the ingesta, ripping it, and gathering loose particles.

Gills, which are used for respiration to exchange oxygen and carbon dioxide, are present in the mantle cavity of mollusks. Some bivalves use their gills to both breathe and filter feed [1]. The organisation of the nervous system and a mantle with a sizable cavity utilised for breathing and excretion are the two aspects of mollusk body structure that are the most common. Many have calcium-rich shells. Since molluscs have evolved such a wide variety of body types, it is challenging to establish synapomorphies that apply to all contemporary groupings. The fact that molluscs are bilaterally symmetrical and unsegmented is their most defining trait. More types of molluscs exist than in any other animal phylum [2]. They include clams, other bivalves, squids, and other less well-known but nonetheless different subgroups of cephalopods, as well as snails, slugs, and other gastropods. However, certain species play a key role in the freshwater fauna and terrestrial ecosystems. The bulk of species still reside in the oceans, from the shoreline to the abyssal zone.

The circulatory systems of most mollusks are primarily open. Molluscs are coelomates, however their coeloms are only tiny cavities that house the heart and gonads [3]. The major body cavity, or hemocoel, is where most of the other internal organs are located and is where blood and coelomic fluid circulate. An effective hydrostatic skeleton is created by these hemocoelic gaps. These mollusks' blood contains the oxygen-carrying pigment hemocyanin, which is found in their respiratory system. One or more pairs of atria make up the heart. The atria collect oxygenated blood from the gills and pump it to the ventricle, which then pumps it into the relatively short aorta, which opens into the hemocoel. Though some species have gills with filaments on just one side, most species have gills that resemble feathers in shape [4]. So that water enters near the bottom and departs near the top, they split the mantle cavity. Their filaments feature three different types of cilia, two of which work to keep the gills clean and one of which propels the water stream through the mantle chamber.

In intracellular digestion, molluscs engage. The majority of mollusks have powerful mouths with radulae, tongues, and multiple rows of chitinous teeth. As these teeth wear down, new ones grow in from the back. The primary purpose of the radula, which is connected to the odontophore, a cartilaginous supporting organ, is to scrape microorganisms and algae from rocks. There is no animal that has a radula like it outside of molluscs [5]. The visceral cords, which serve the internal organs, and the pedal cords, which serve the foot, are two pairs of major nerve cords that are structured around a number of paired ganglia in cephalic molluscs. The majority of molluscs are herbivorous, feeding on algae or using filters [6]. When feeding, two feeding techniques are most common, some consume microscopic filamentous algae and frequently use their radula as a hook to gather filaments from the ocean floor. Others use their radula to scrape the surface of macroscopic plants like kelp as food. Bivalve mollusks are employed as bioindicators to track the wellbeing of freshwater and marine aquatic habitats. Their population size or structure, physiology, behaviour, or level of contamination with substances can all provide clues as to the ecosystem's level of contamination. 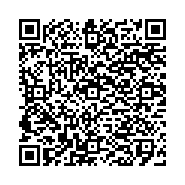